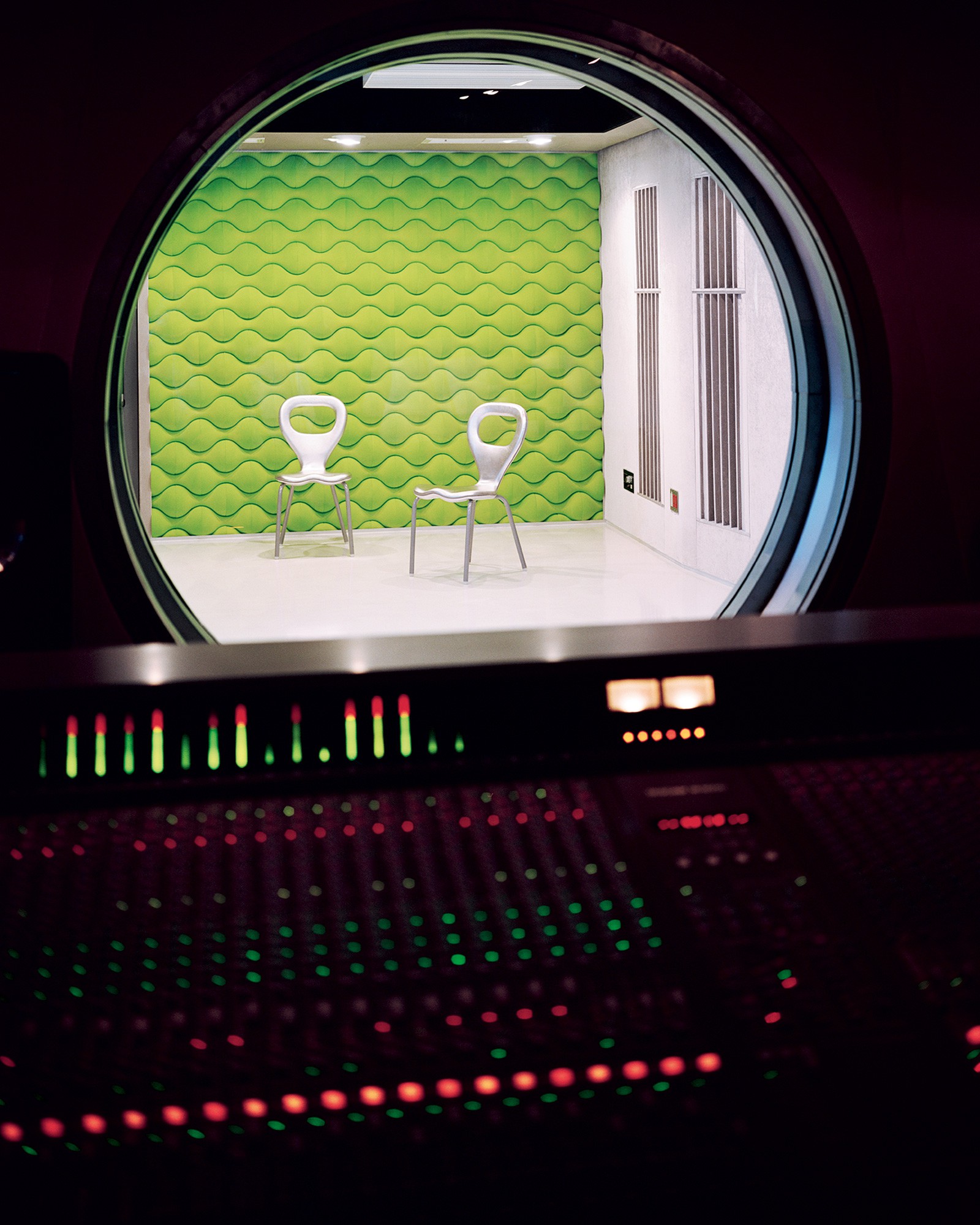 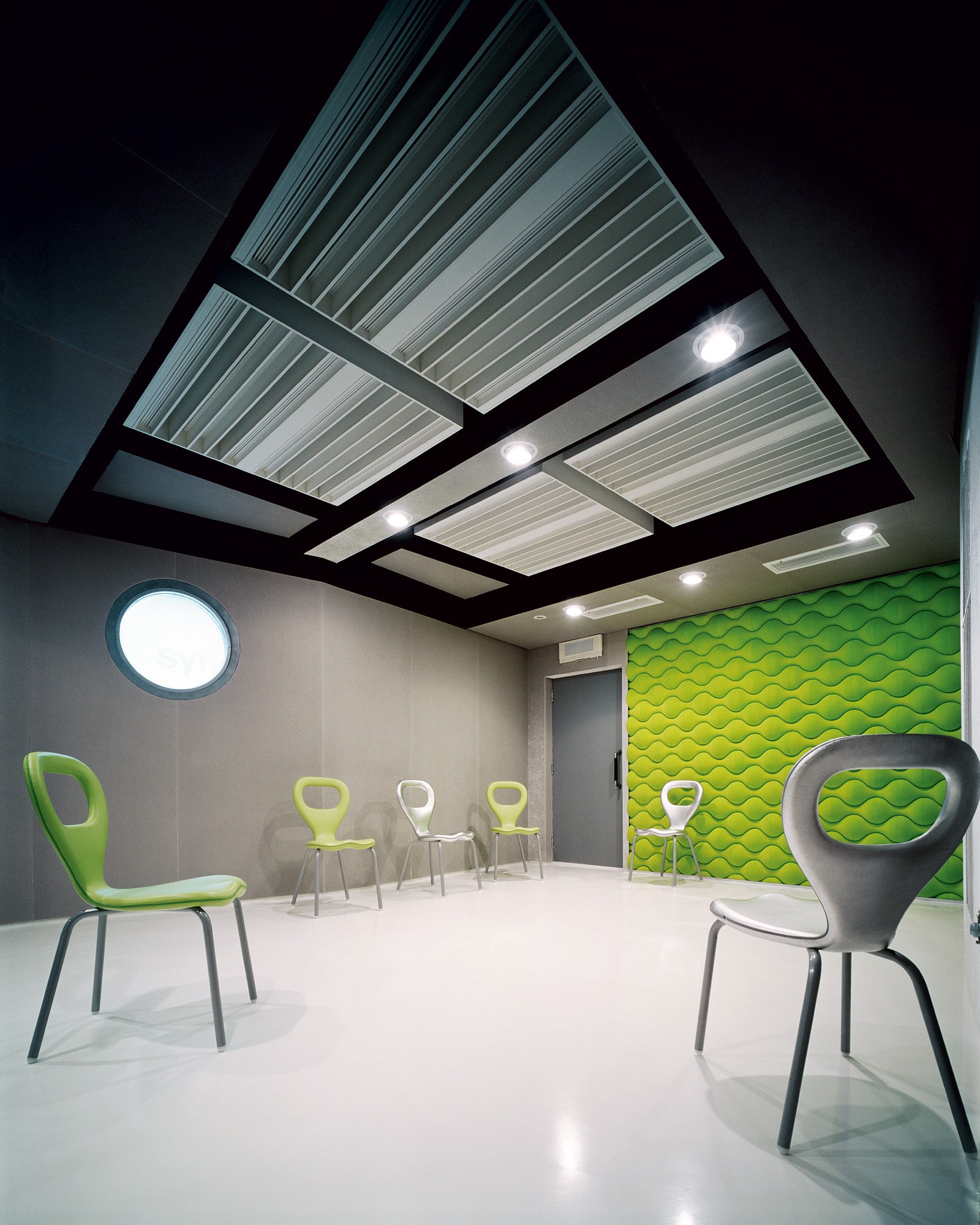 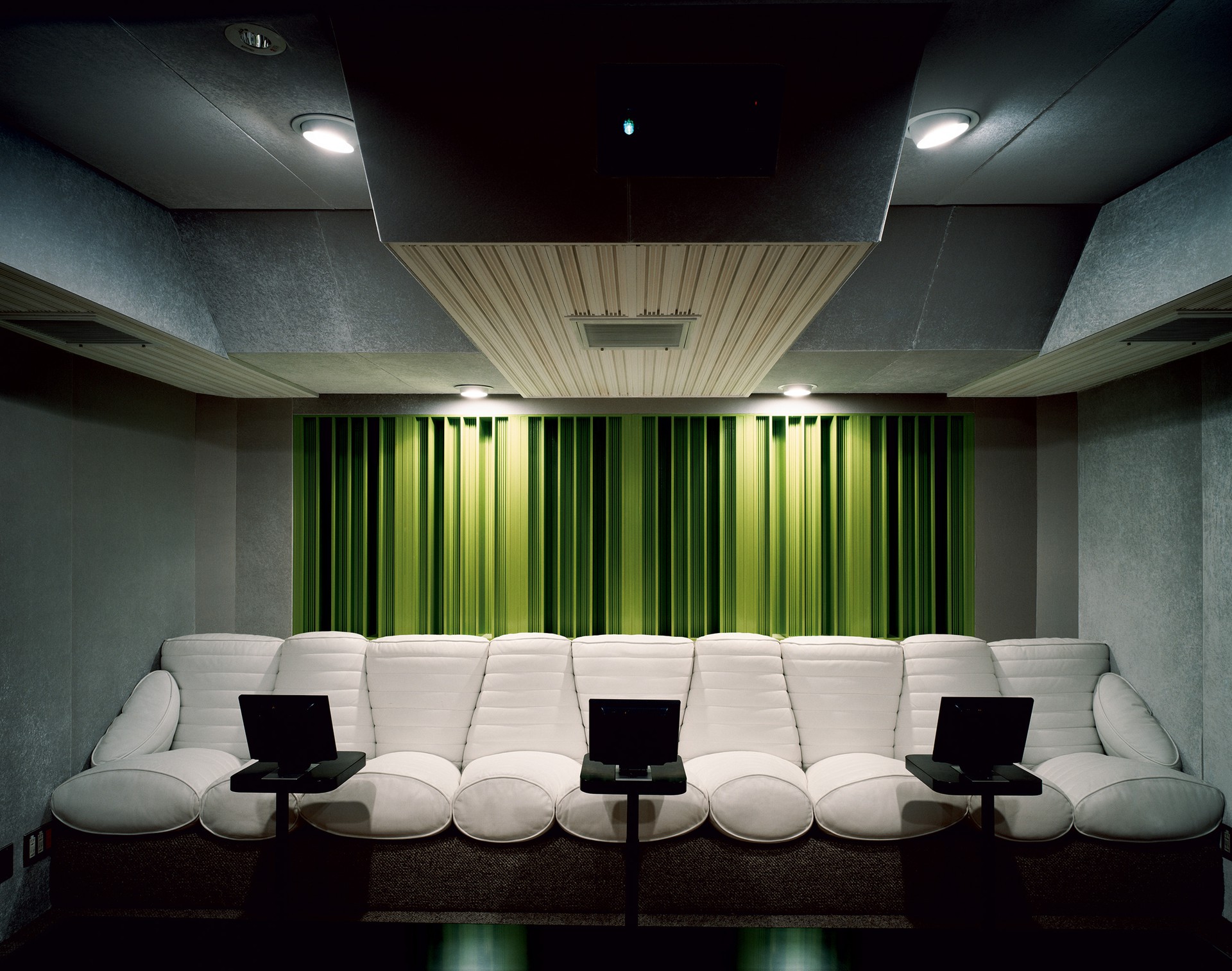 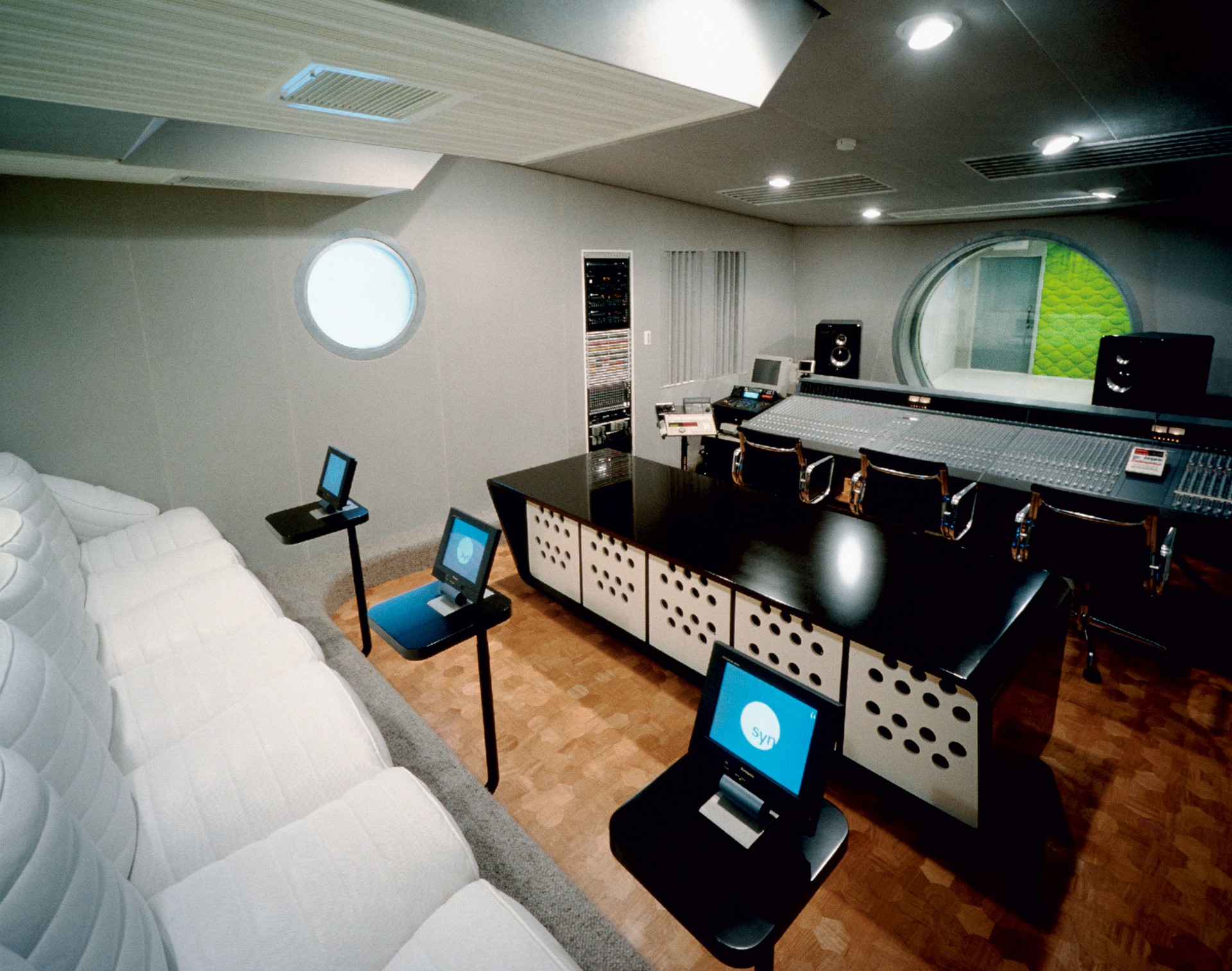 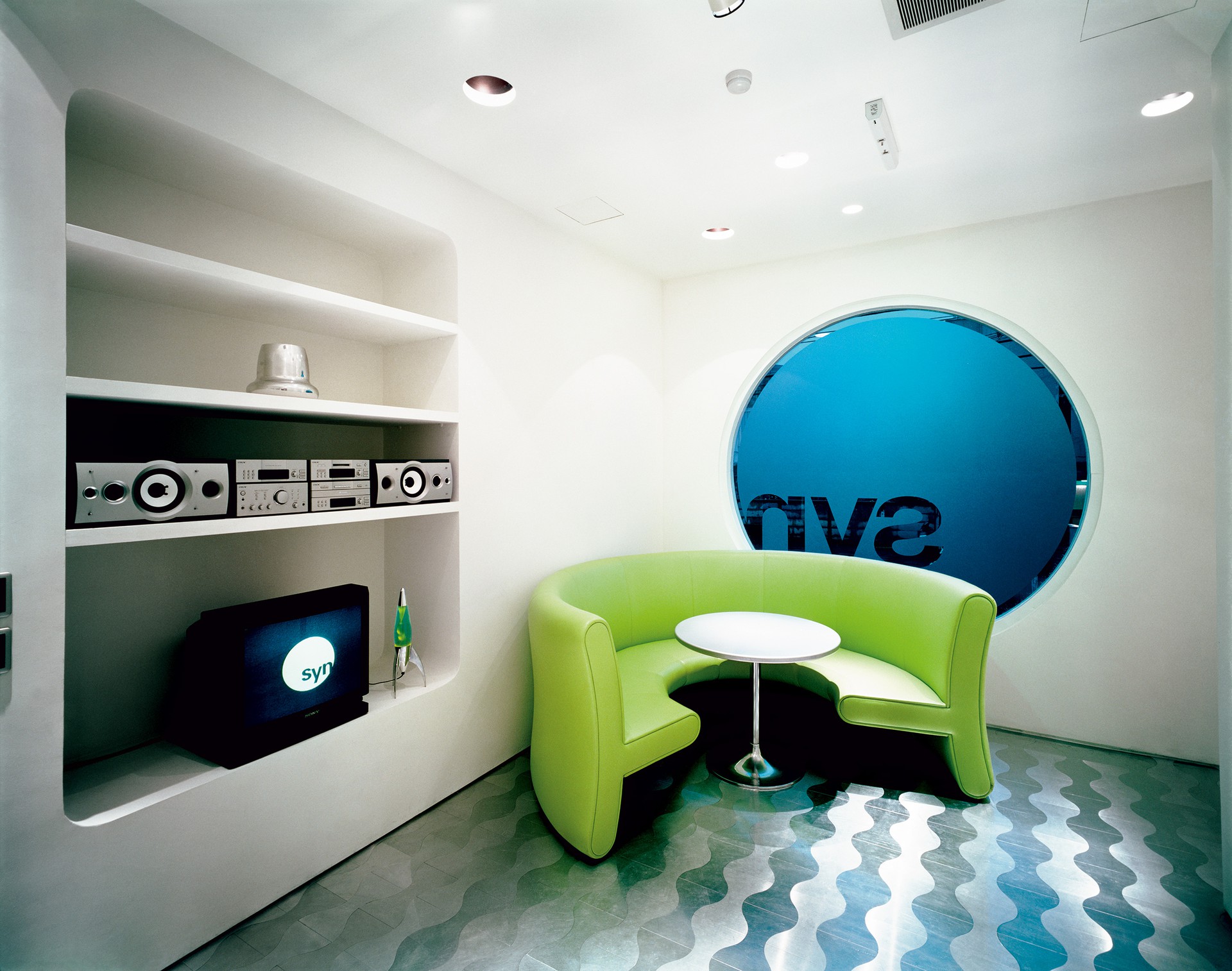 Marc was commissioned by close friend Nick Wood, a Tokyo-based English composer and music producer, to create the interior of his recording studio, Syn (an acronym for Nick and his partners, Simon and Yasmin Le Bon). The two had long spoken about doing a project together, and Wood’s decision to establish his own studio in Tokyo provided the perfect opportunity.

Marc worked alongside a UK-based acoustic engineer to make sure the space met the precise technical requirements for a recording studio. The reception rooms floors were made of laser-cut brushed aluminium featuring undulating orgone shapes. Lime green, Syn’s signature colour, was used throughout the studio: injection-moulded polyurethane tiles covered in luminescent green flocking lined the walls in the live room, matching the green neoprene banquette and lacquered walls. The recording room’s floors were resin to withstand the substantial equipment that was dragged in and out, whilst the floor in the control room was made of laser-cut oak hexagons, similar to those used in Coast restaurant. Custom furniture included a wall-to-wall white leather ‘Prosciutto’ sofa, a desk and console for Wood’s personal studio, and green and silver versions of the TV Chair.

“When I design interiors, I think of them as great fantasy environments I’d like to be in. With a recording studio, the technology sets the parameters, and you take it from there.”