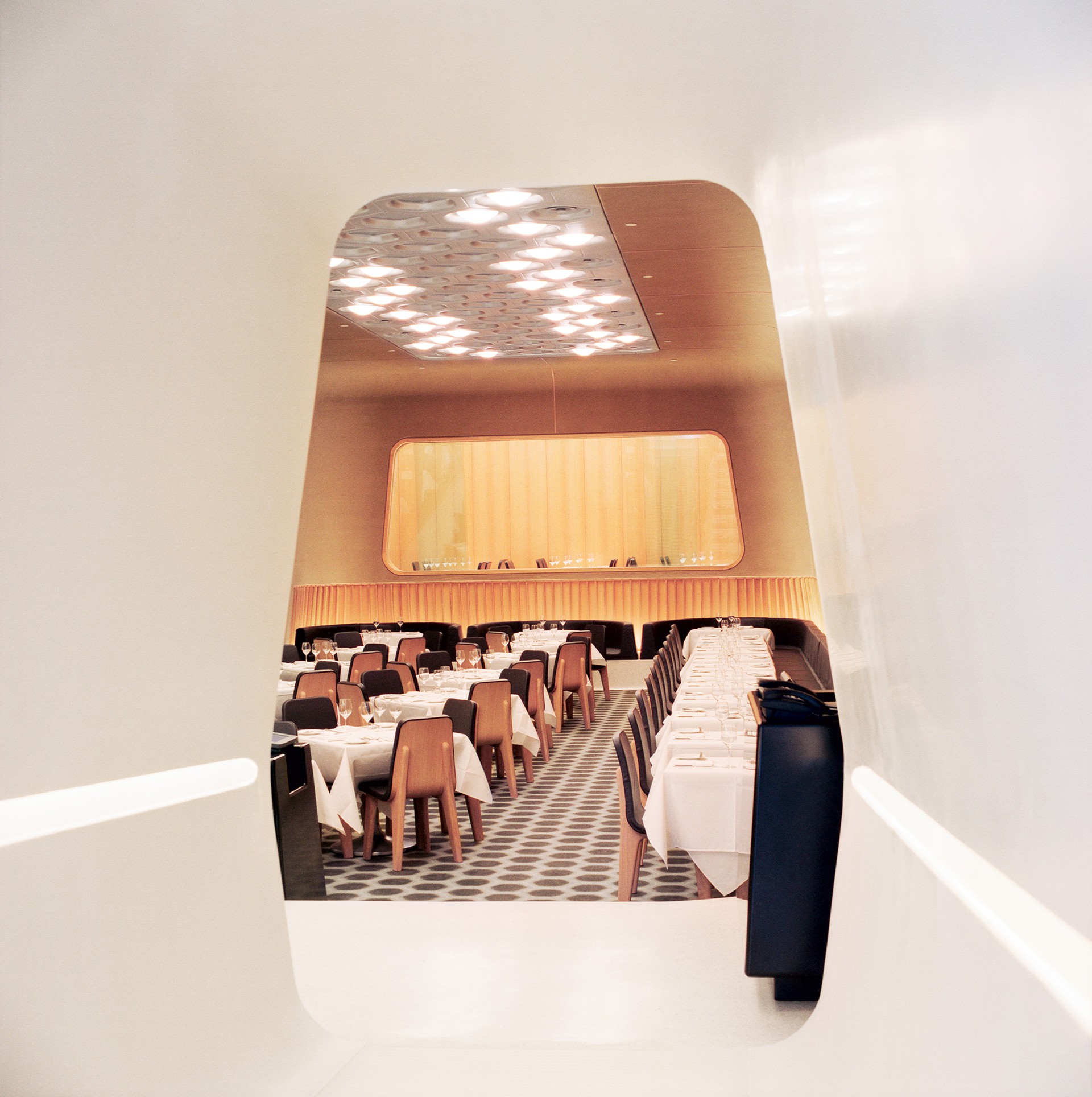 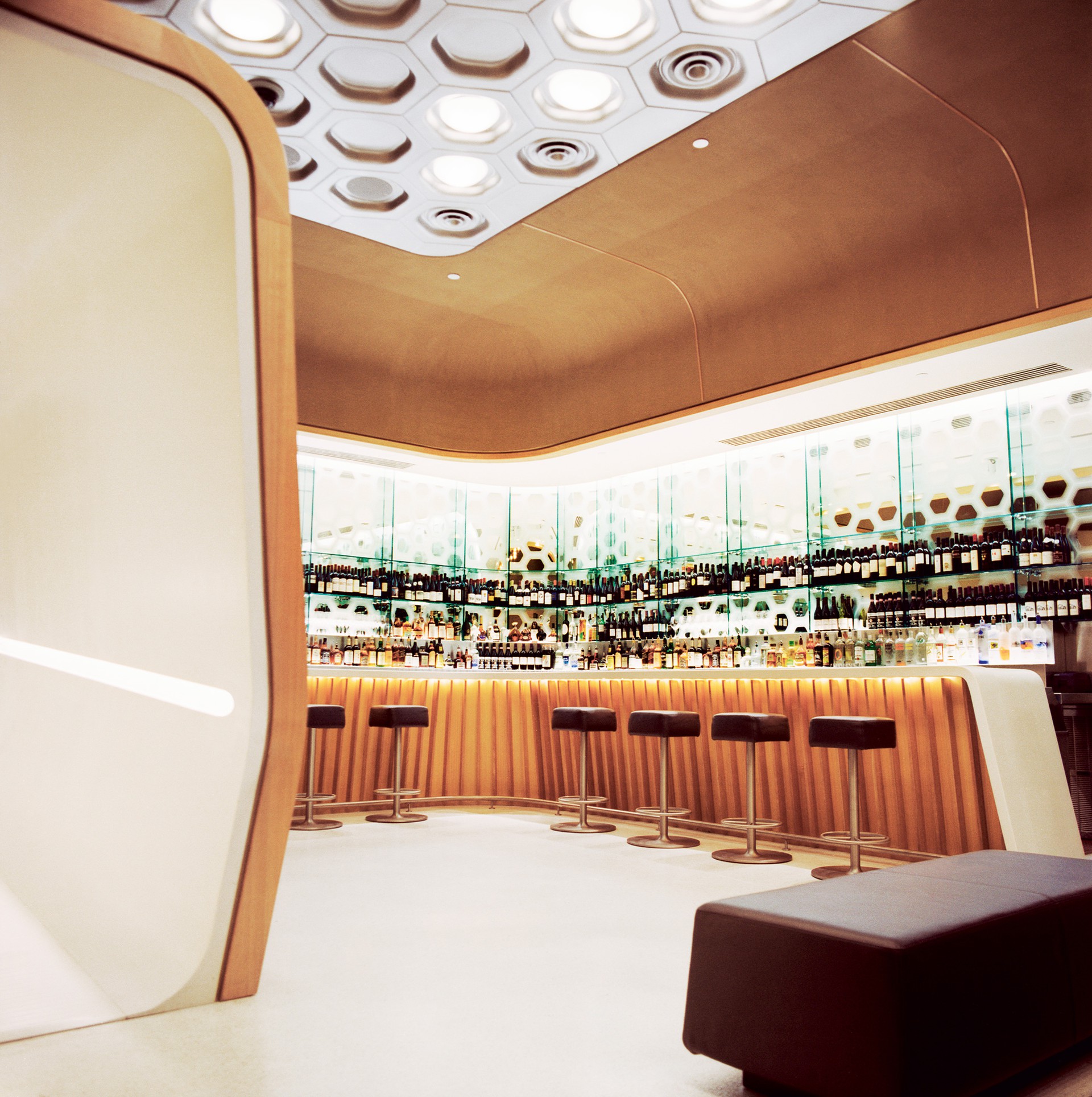 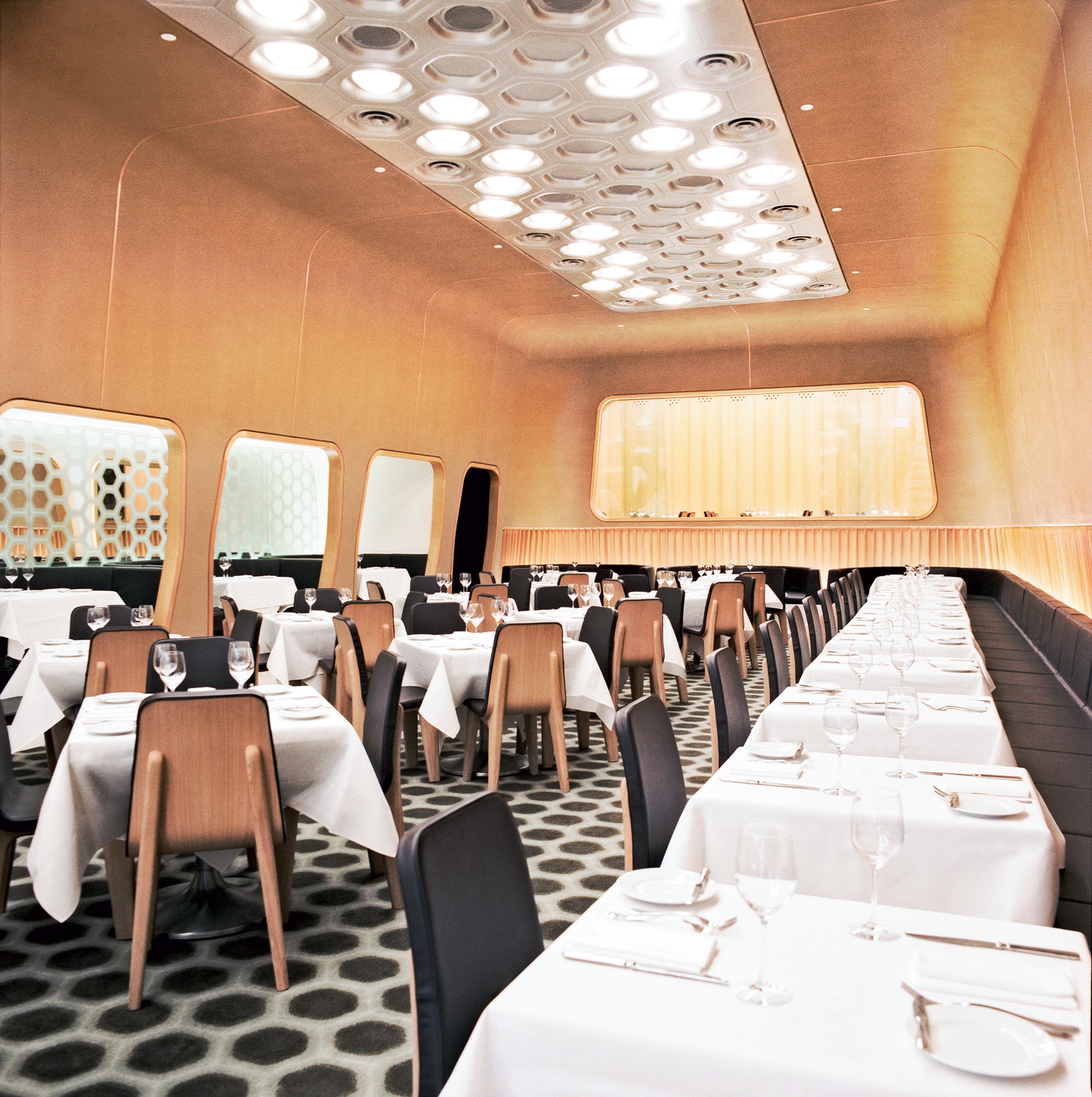 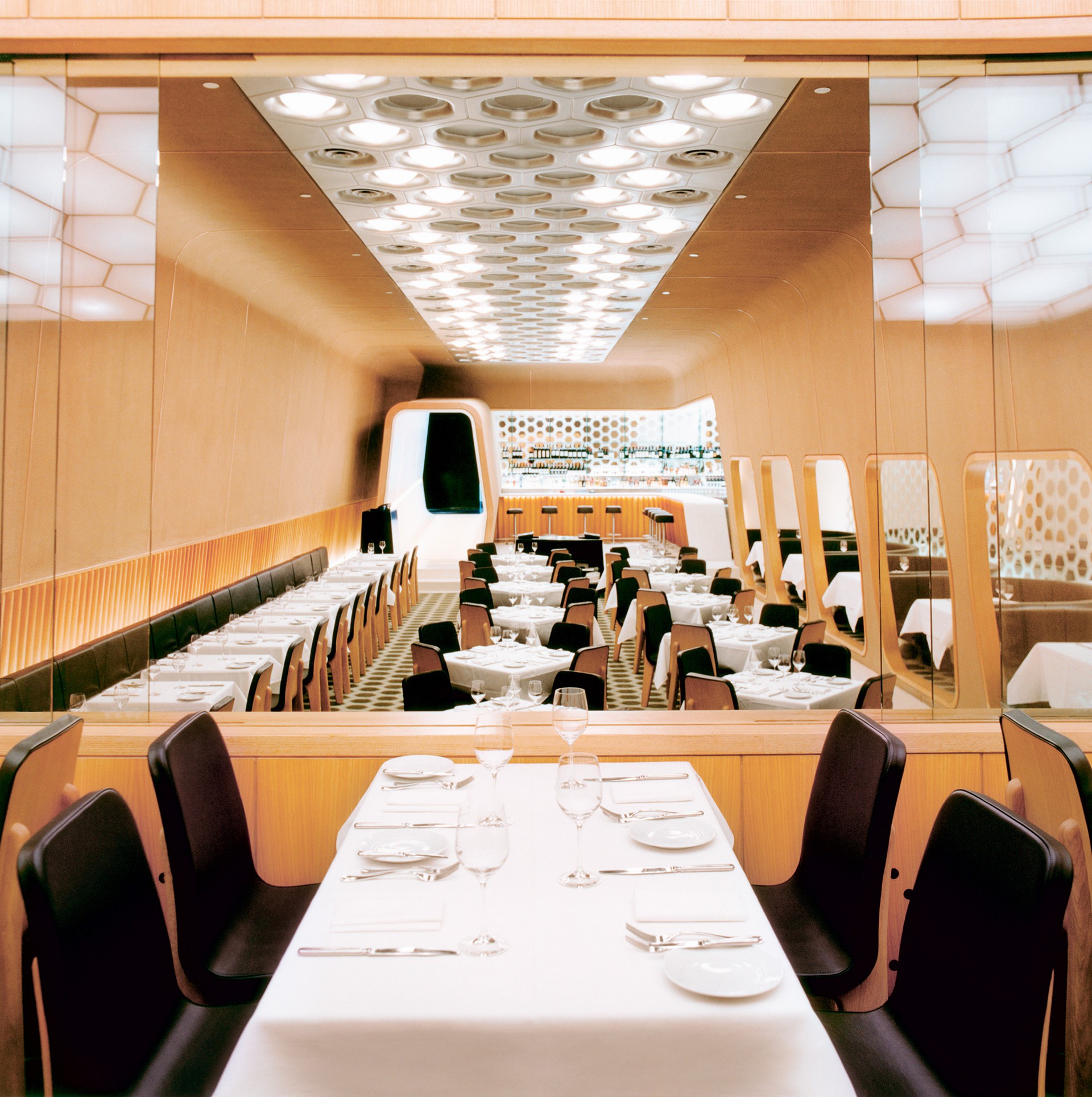 An important architectural monument and landmark building in New York, Lever House, designed by Gordon Bunshaft and completed in 1952, was acquired by real estate magnates Aby Rosen and Michael Fuchs in 1998. In a state of disrepair at the time, they undertook a sizeable renovation project to restore the building with modern materials whilst preserving the aesthetic and spirit of the original design. As part of the project, Marc was asked to design the building’s restaurant.

The space, located on the ground floor of the tower, had no windows to the street which Marc describes as “a good thing from a design standpoint, because it gave more canvas space.” Making use of the lack of windows, Marc sought to create a warm, intimate environment, making diners feel “encapsulated.” Traditional Japanese plaster, kyokabe, was used on the coved walls as well as the ceiling, which was separated by wooden expansion joints.  The main source of light came from the hexagonal grid on the ceiling, which allowed the fixtures as well as the speakers, smoke sensors, air conditioning ducts, ventilation, and sprinklers to be concealed. The hexagon was a recurring theme in the restaurant’s design,  featuring in the carpeting, mirrors and in the wine racks. An elongated hexagonal form defined the shape of the 20-foot-long Corian-lined entry corridor, the booth wall openings, and even the seats of the chairs. An elevated private dining room overlooks the space. The chairs, solid Australian oak with leather upholstery, were precursors to the chairs later produced by Cappellini for the Qantas First Class lounges in Sydney and Melbourne.