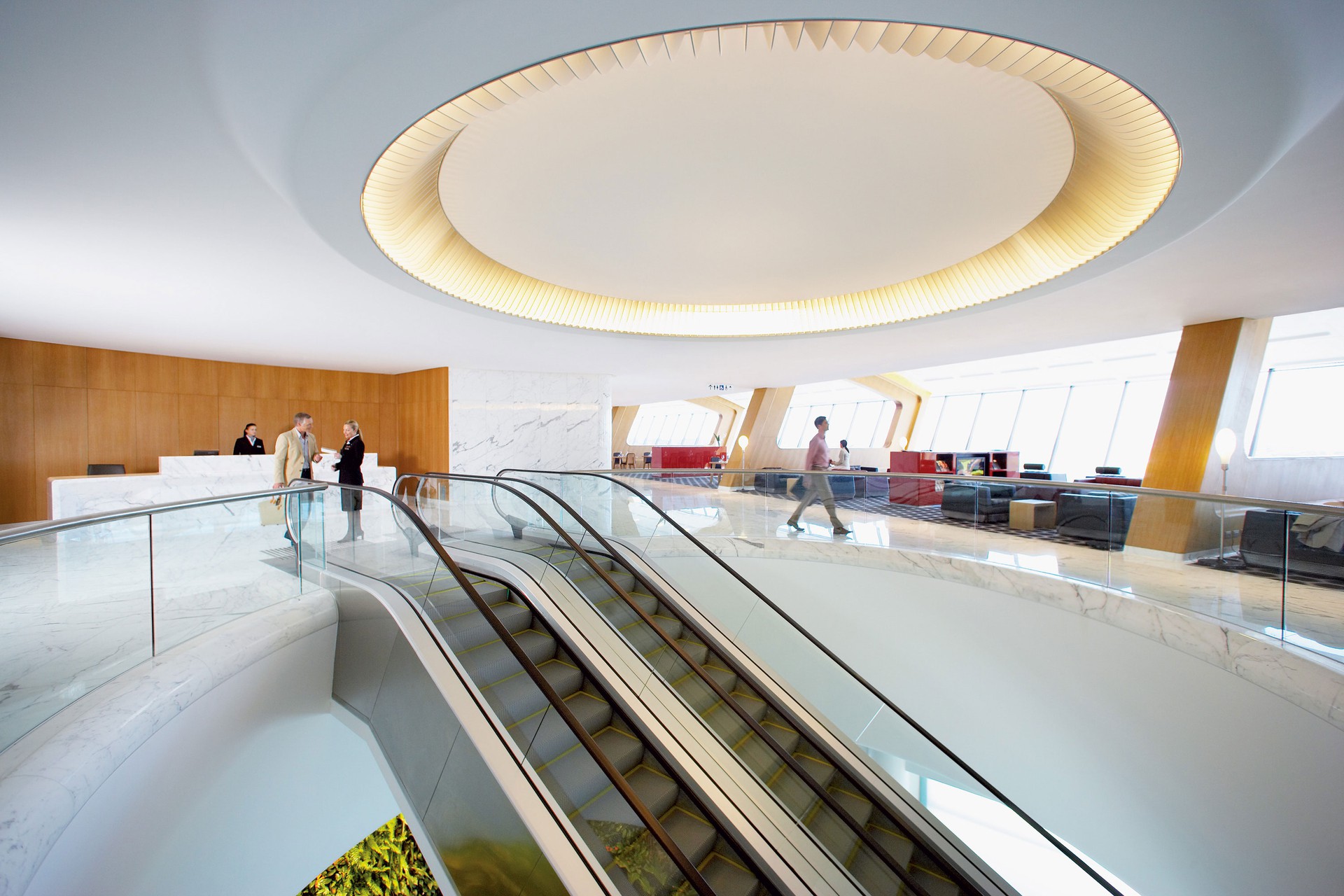 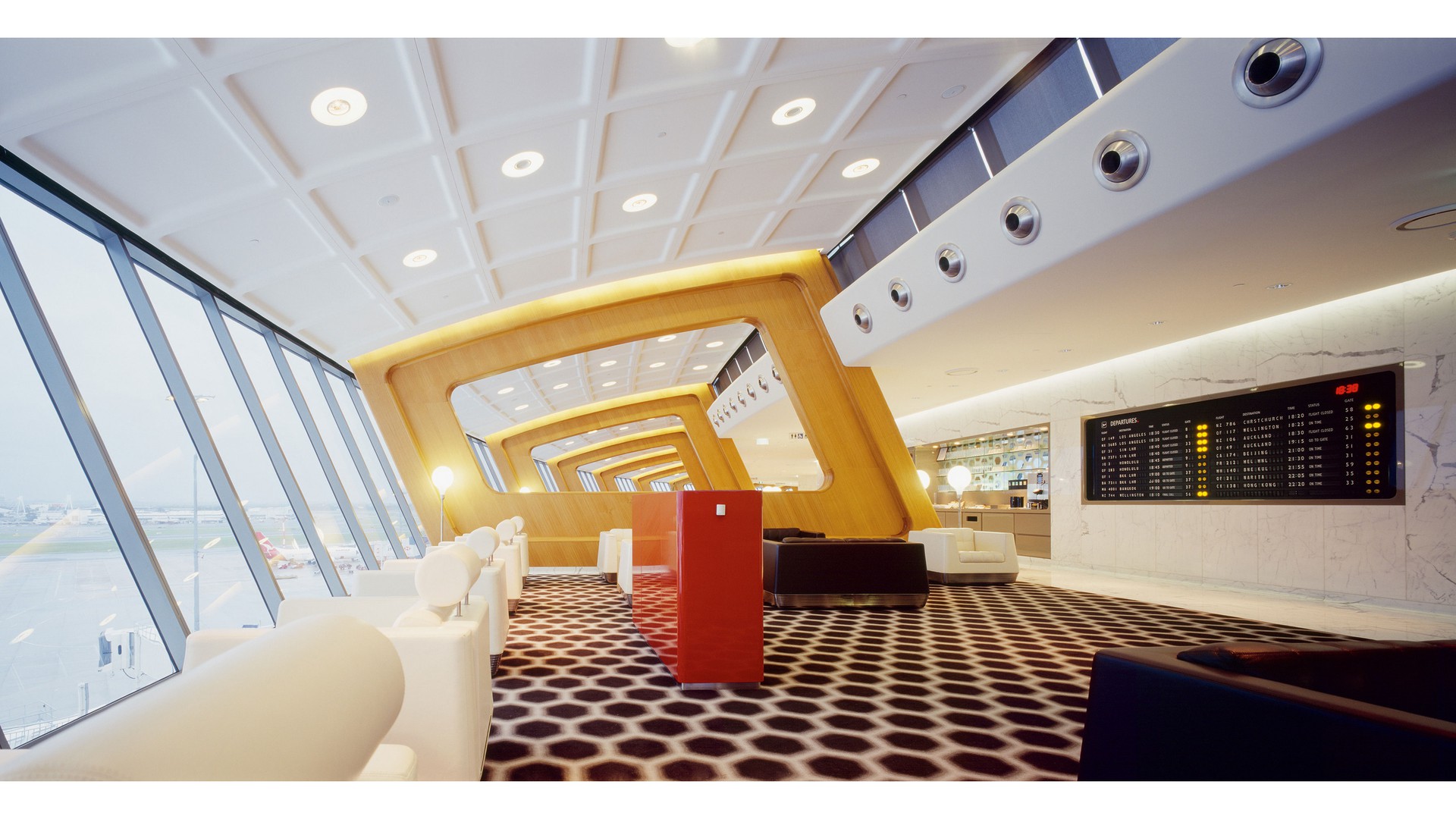 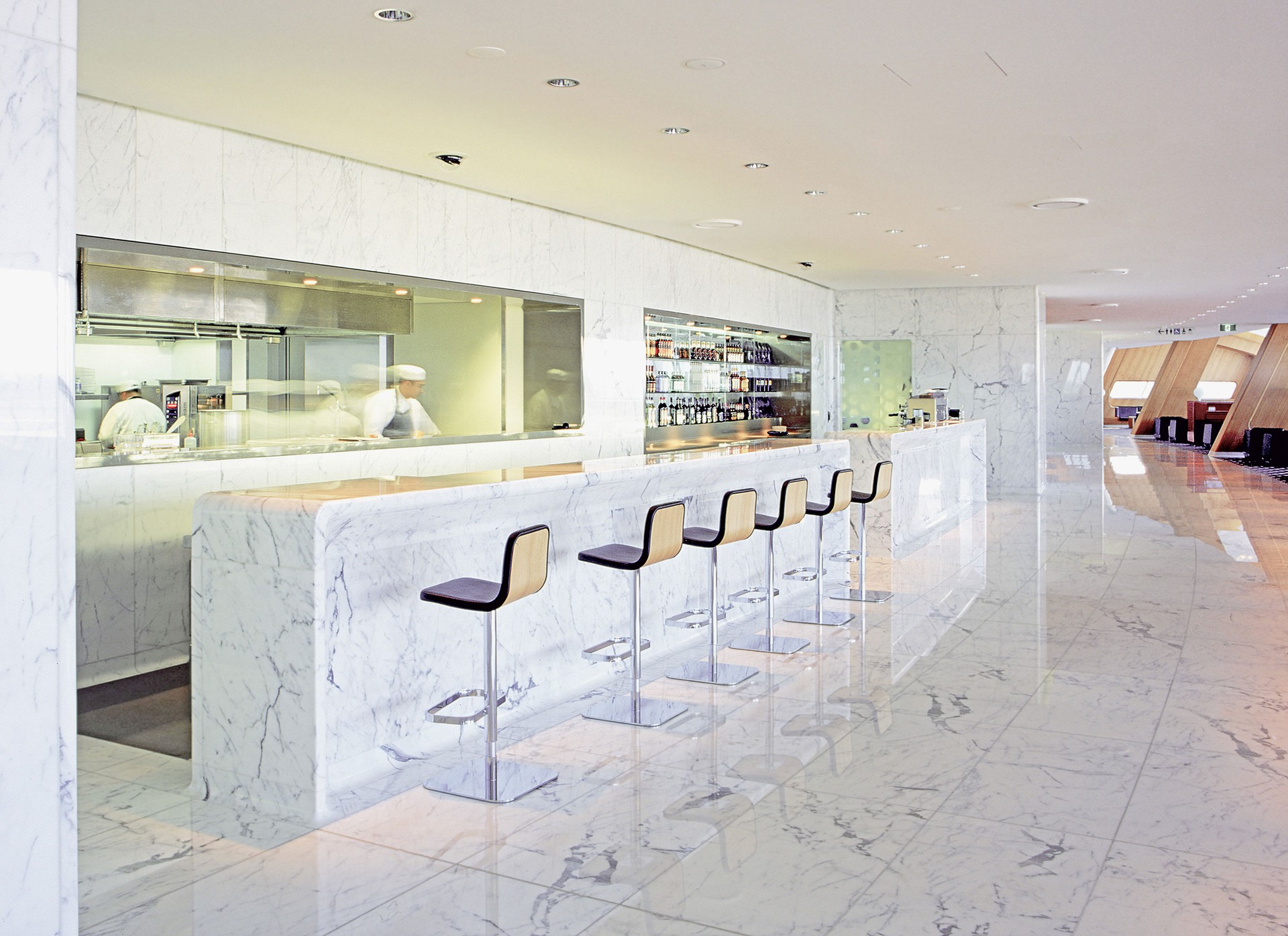 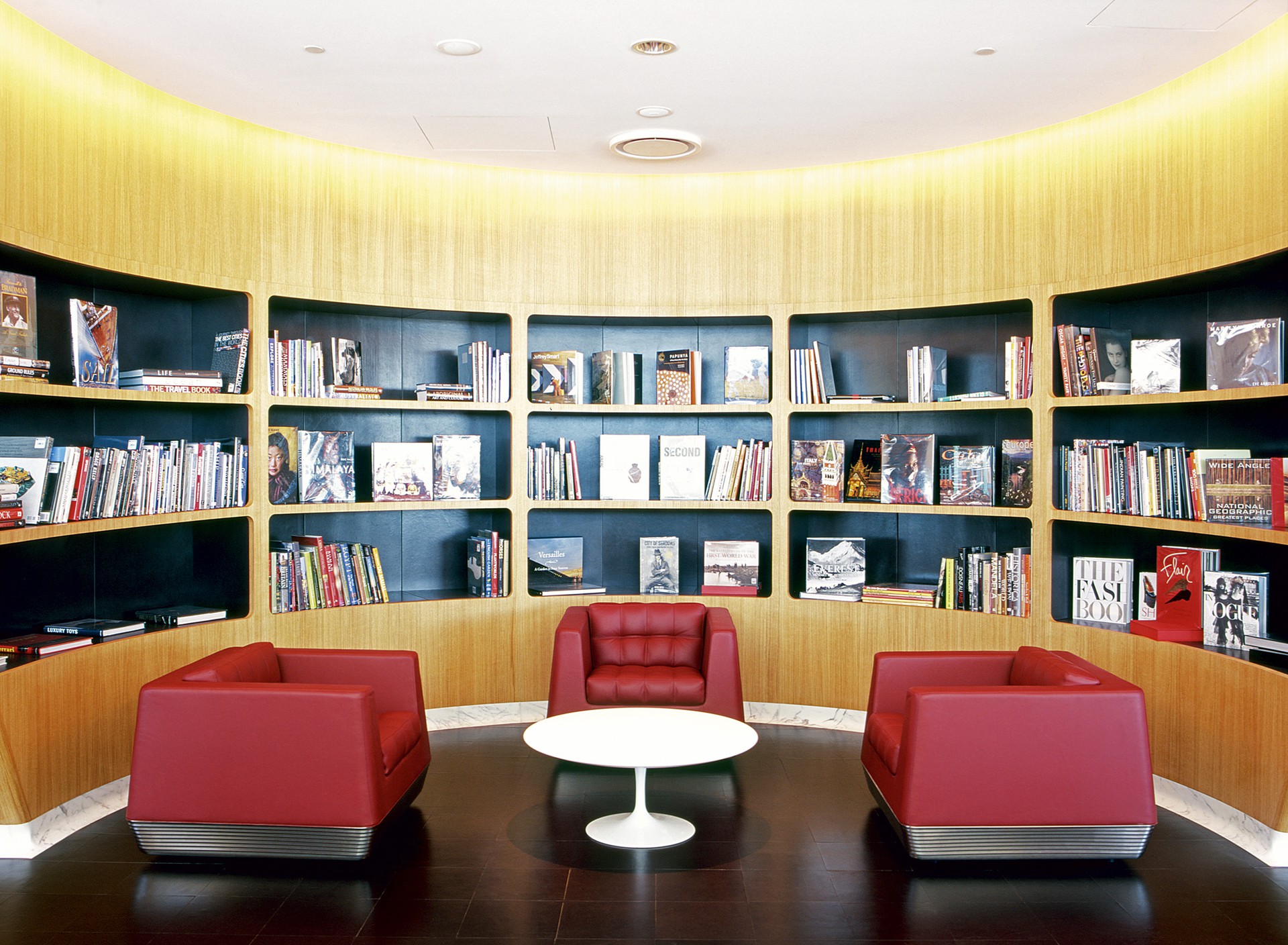 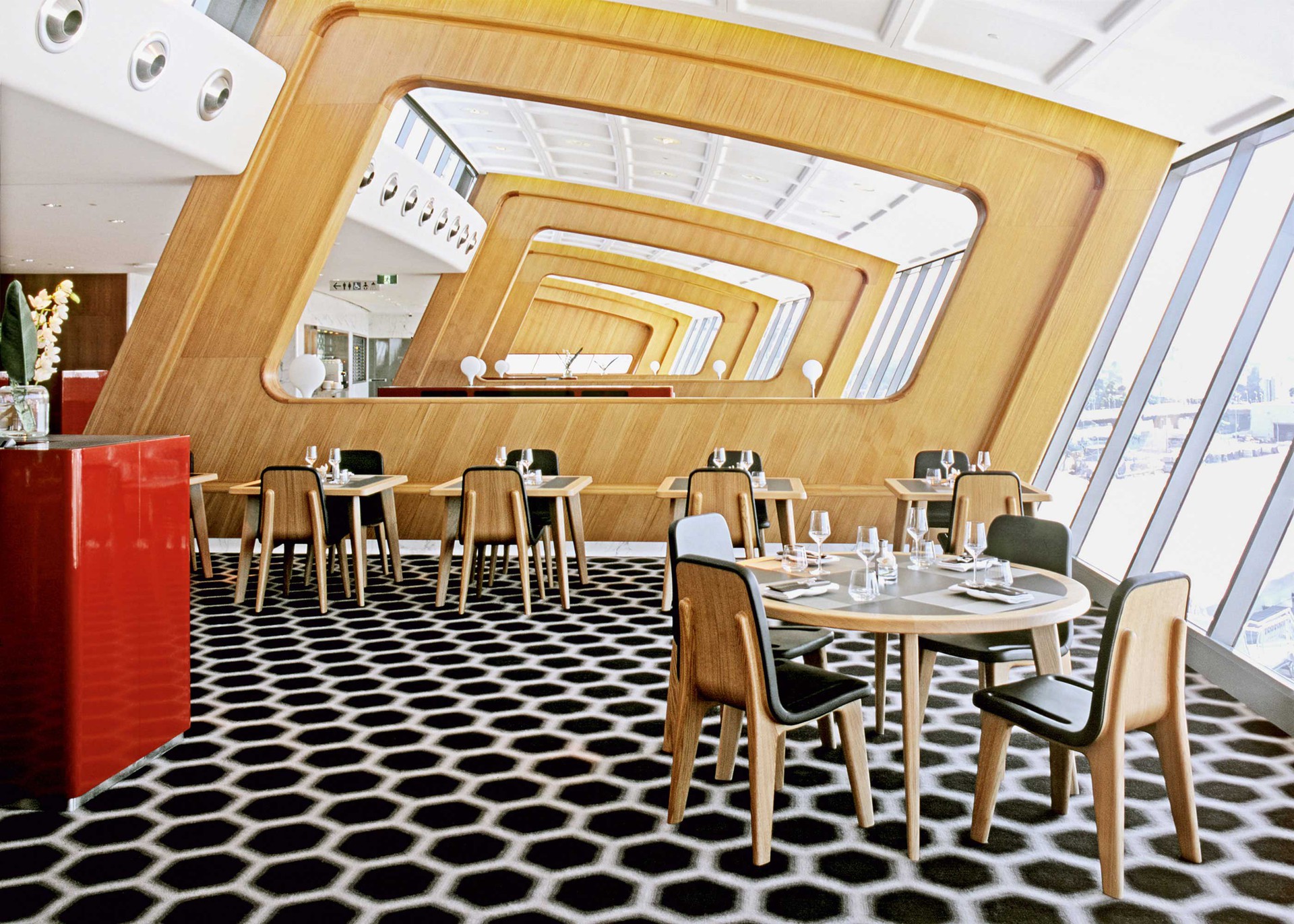 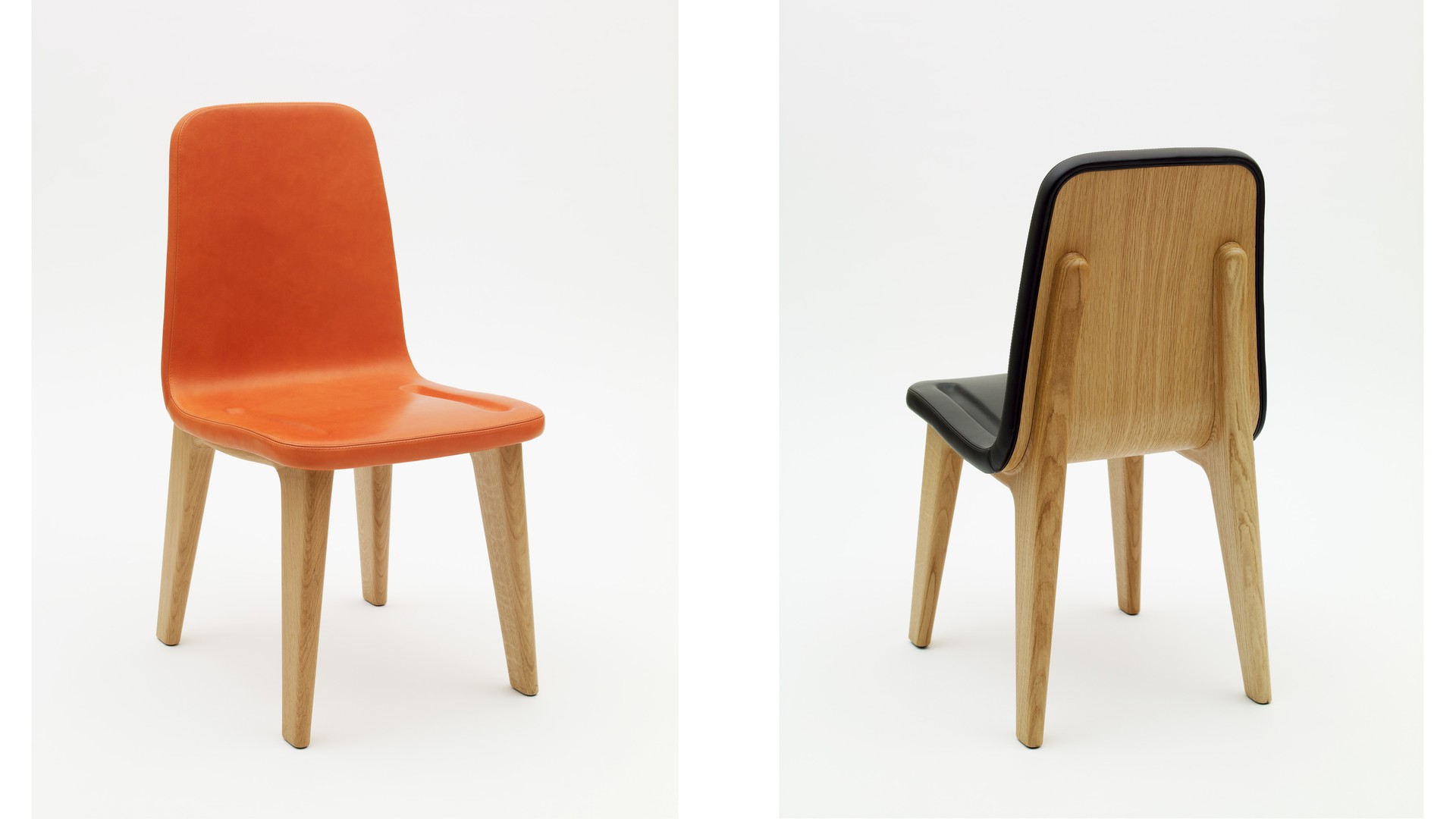 Marc designed the Qantas First Class lounges in the Sydney and Melbourne international terminals in tandem with his development of the interiors of the Qantas A380 aircraft.

The concept behind the development of the lounges was to reintroduce some of the style and glamour of the early years of aviation. For the Sydney location, Marc added a rooftop extension to the airport to house the lounge, creating a separate entity with panoramic views and a wall of windows facing the main runway.

The Sydney lounge housed work, rest, and relaxation spaces, including a spa and a restaurant run by chef Neil Perry, who also created the in-flight menus. The lounge had to be capable of accommodating hundreds of people at peak times. “The challenge was to create intimate spaces within a huge space, which was possible because the space is curved so you can’t see from one end to the other.” Marc used sculptural wooden dividers made from European oak to separate the long space into open, bay-like sections. Aerodynamically shaped, like a section of an airplane’s wing, these open frames highlight the curve of the ceiling and slope of the window wall, and give definition to the entire space whilst creating a sense of intimacy by dividing the space into smaller areas. Marc designed all the furniture throughout the lounge, including easy chairs, sofas, dining tables and chairs, bar stools, and lighting.  The colour palette of dark red, ochre, and subdued warm tones was inspired by the Australian landscape. Instead of a computer read-out for the departure information, Marc chose a retro split-flap, ‘Solari’ display board.  A now rare artefact, seen more in museums than in working airports, the distinctive sound of the flaps turning when new information is posted reminds visitors of bygone days of travel, adding another nostalgic element to the overall design.

Both the Sydney and Melbourne lounges feature green walls by Patrick Blanc, composed of over 8,000 plants.