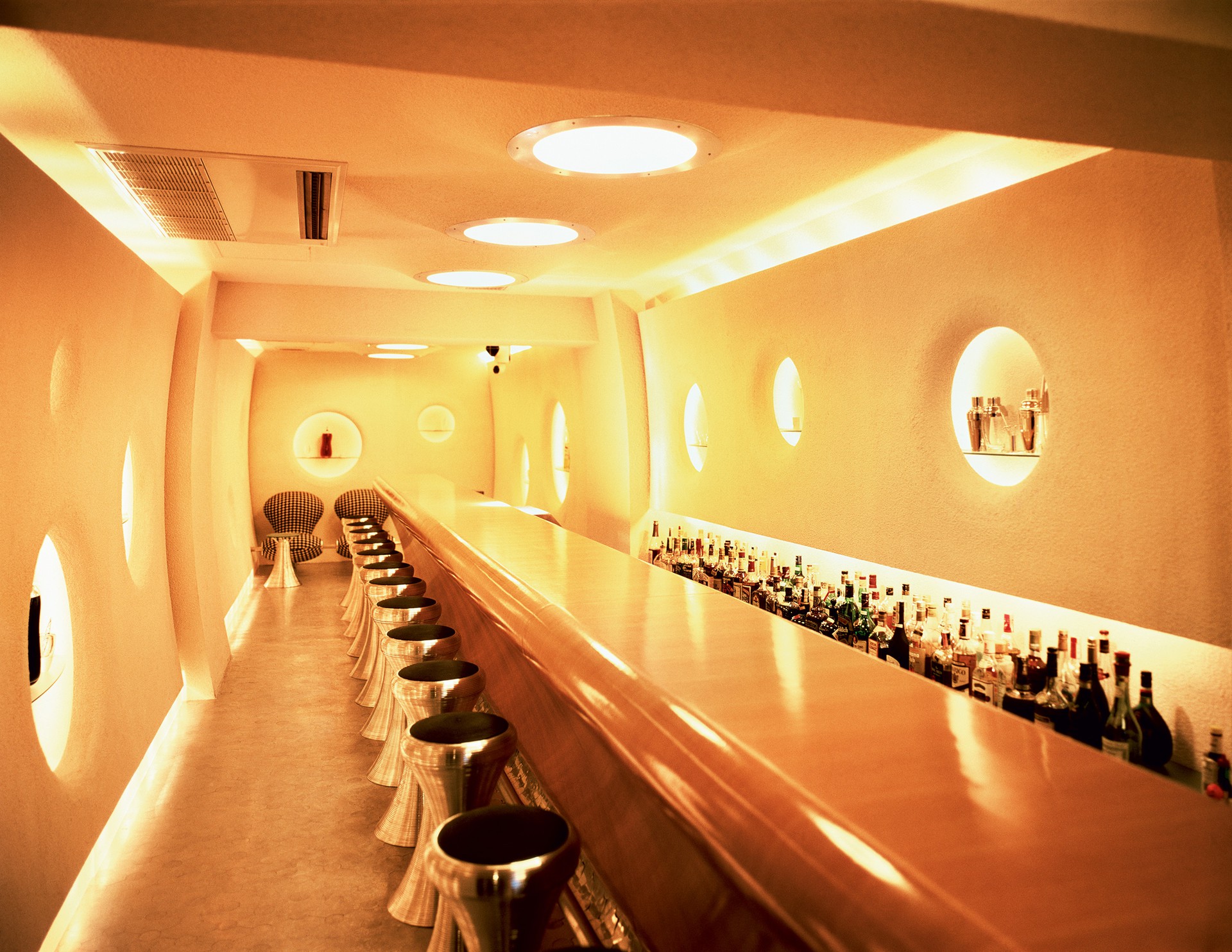 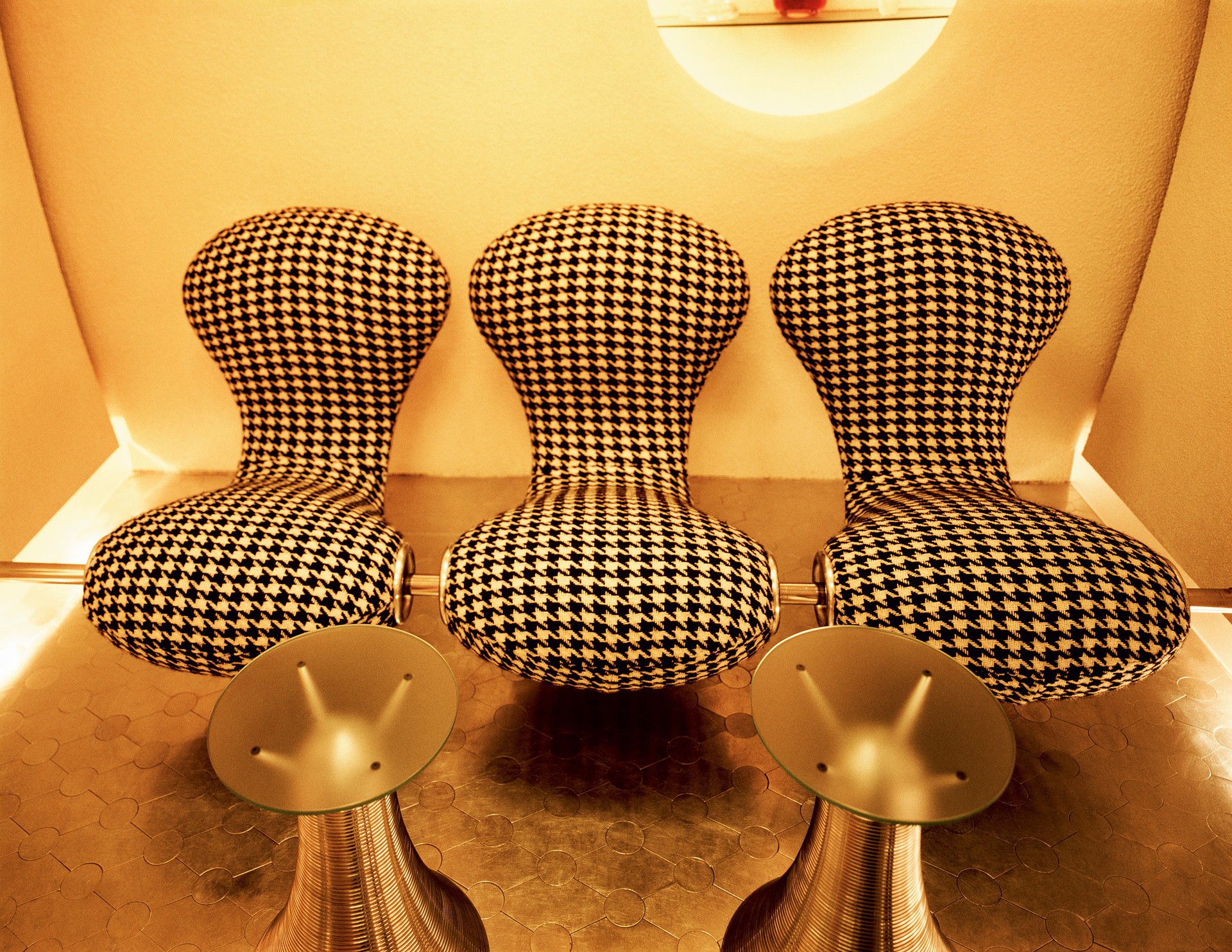 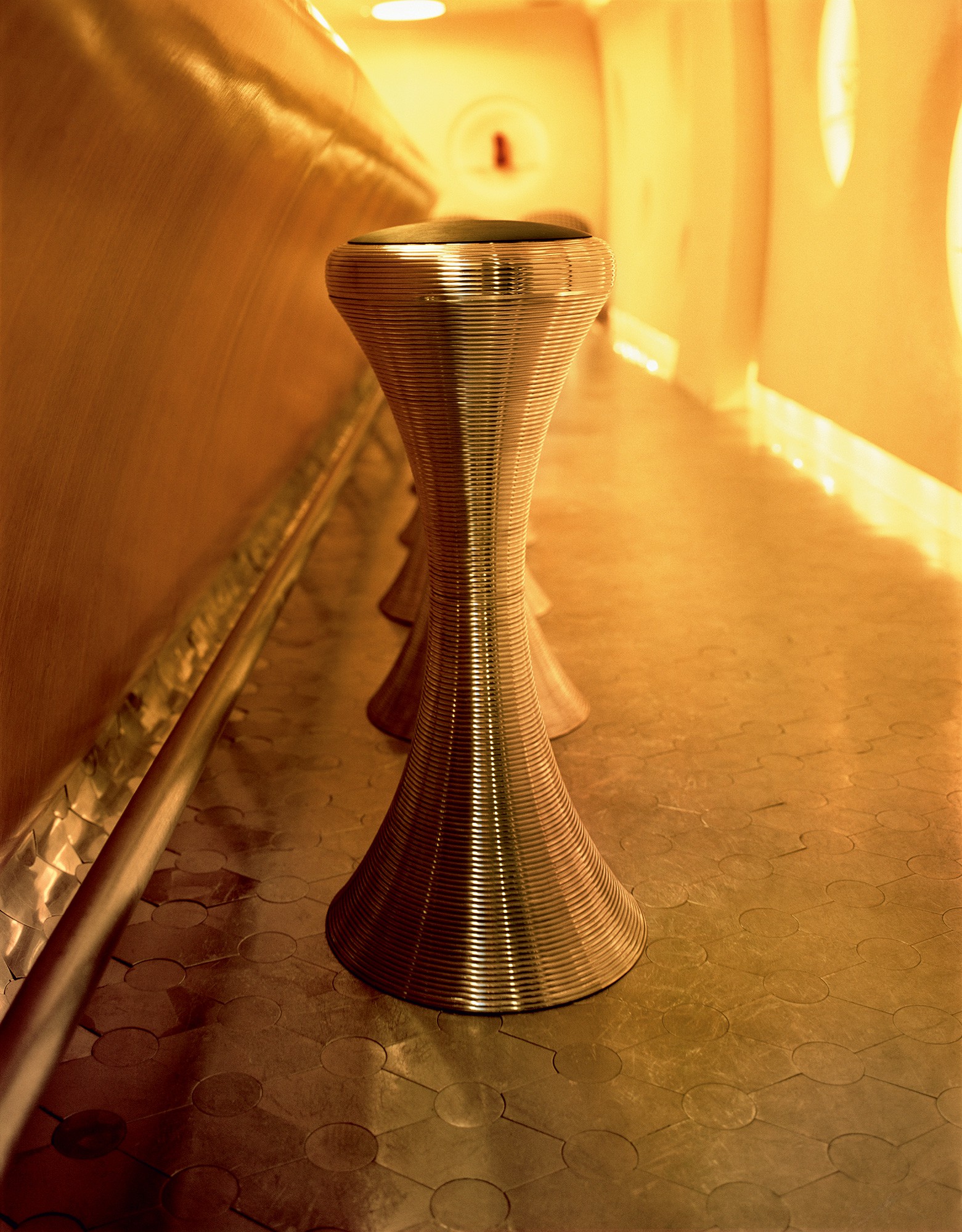 Teruo Kurosaki, President of Japanese furniture company Idée and with whom Marc was working at the time, introduced him to the owner of POD Bar. Marc was then commissioned to redesign the interior of the former sushi bar.

With an unrestricted remit, Marc’s design included furniture, fixtures, and glassware as well as the interior remodelling. The floors were made laser-cut aluminium tiles which resembled a molecular diagram. The barstools, made of spun aluminium, were meant to look like round spirals, their tops echoing the circular lighting ‘portholes’ on the ceiling. The round cubbyholes on the wall displayed the bespoke hand-blown glassware. A custom-made Embryo Chair banquette was fashioned from three chairs, clad in herringbone, whose front legs were replaced by a single wall-to-wall rod running through all three. The bar also featured a circular-windowed fish tank.

“I had this idea of creating a really cool, funky, futuristic space. I’d always liked the idea of the Pod as a small spaceship splitting off from the mothership to go on expeditions.”