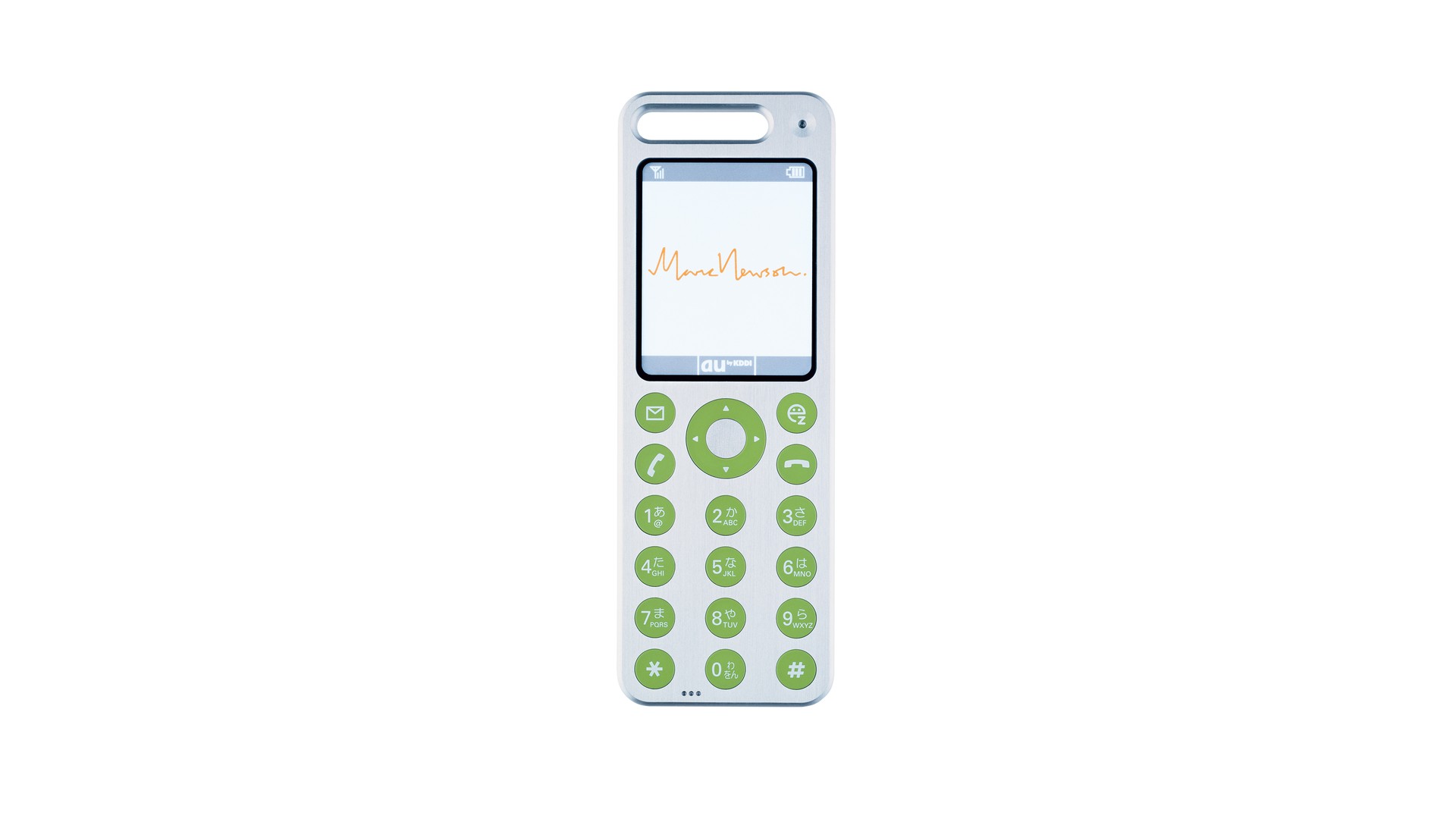 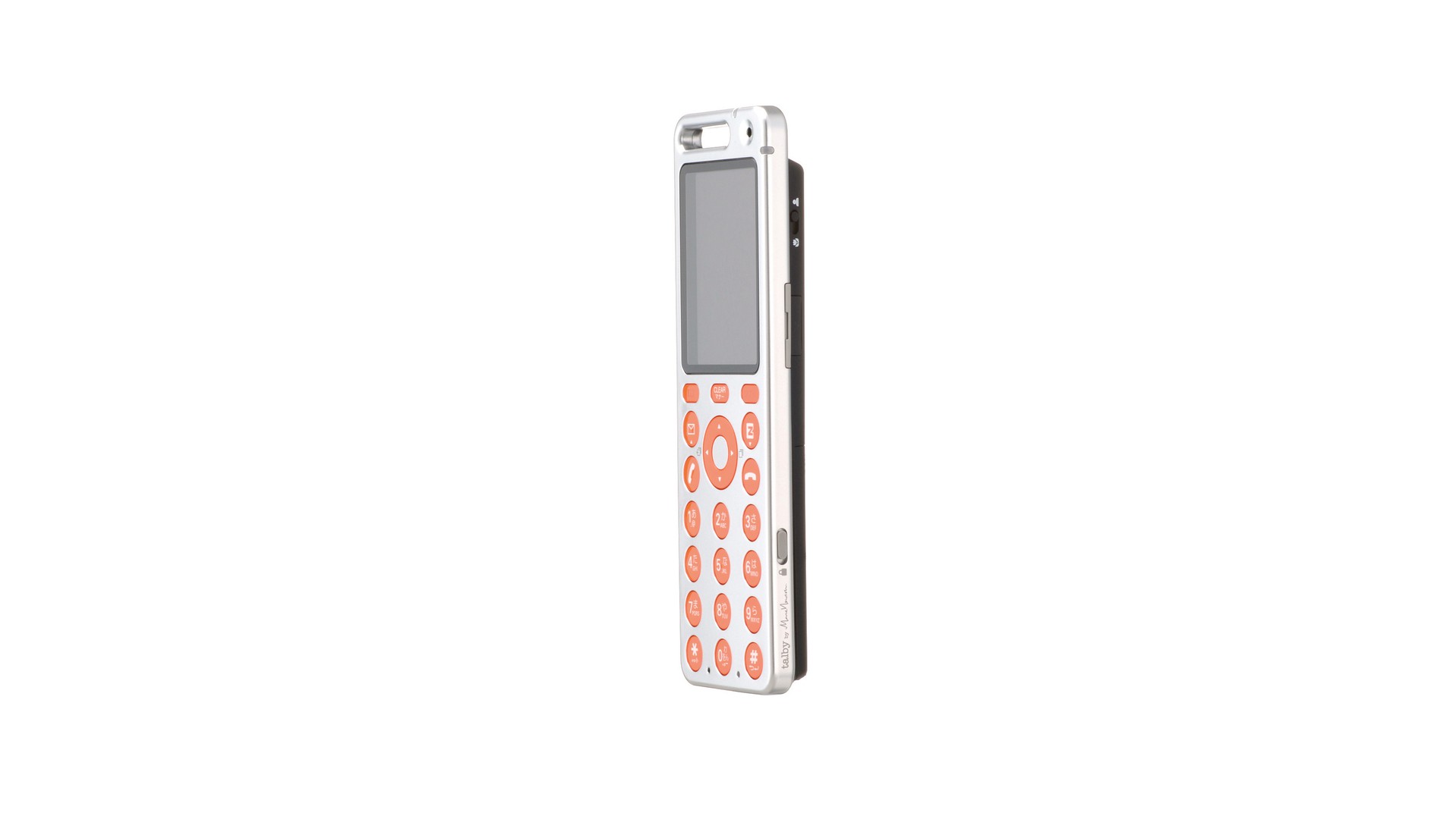 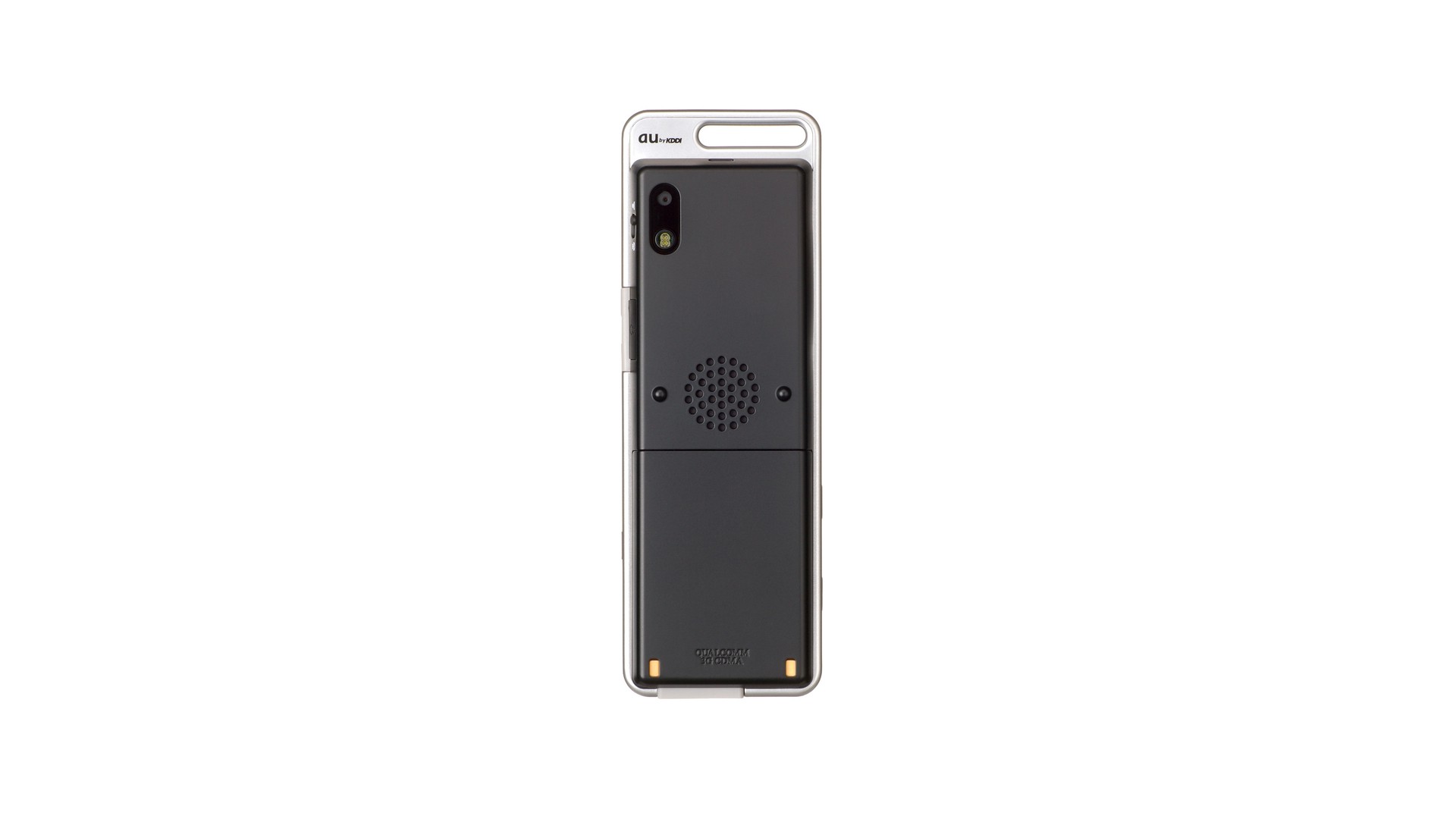 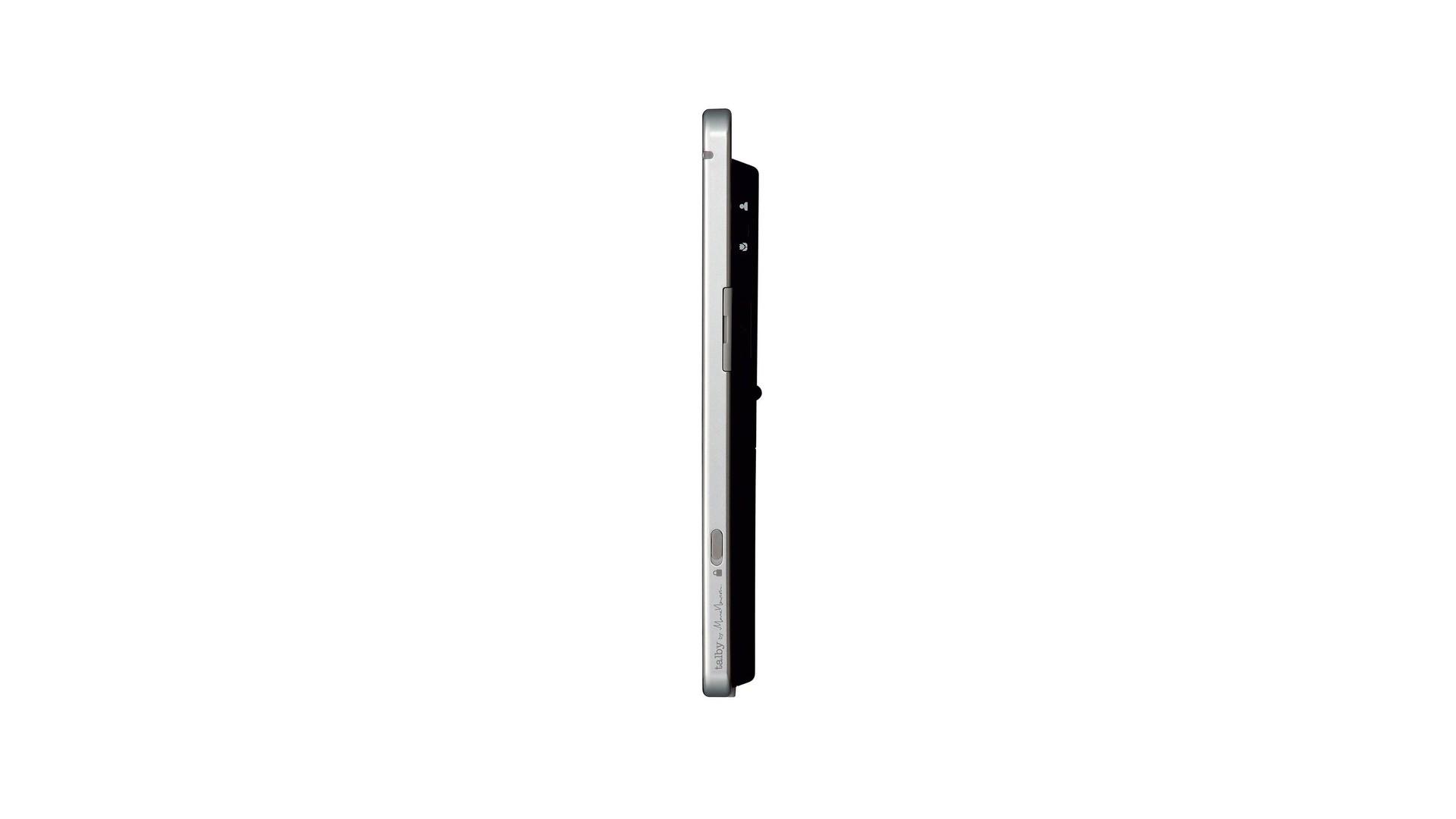 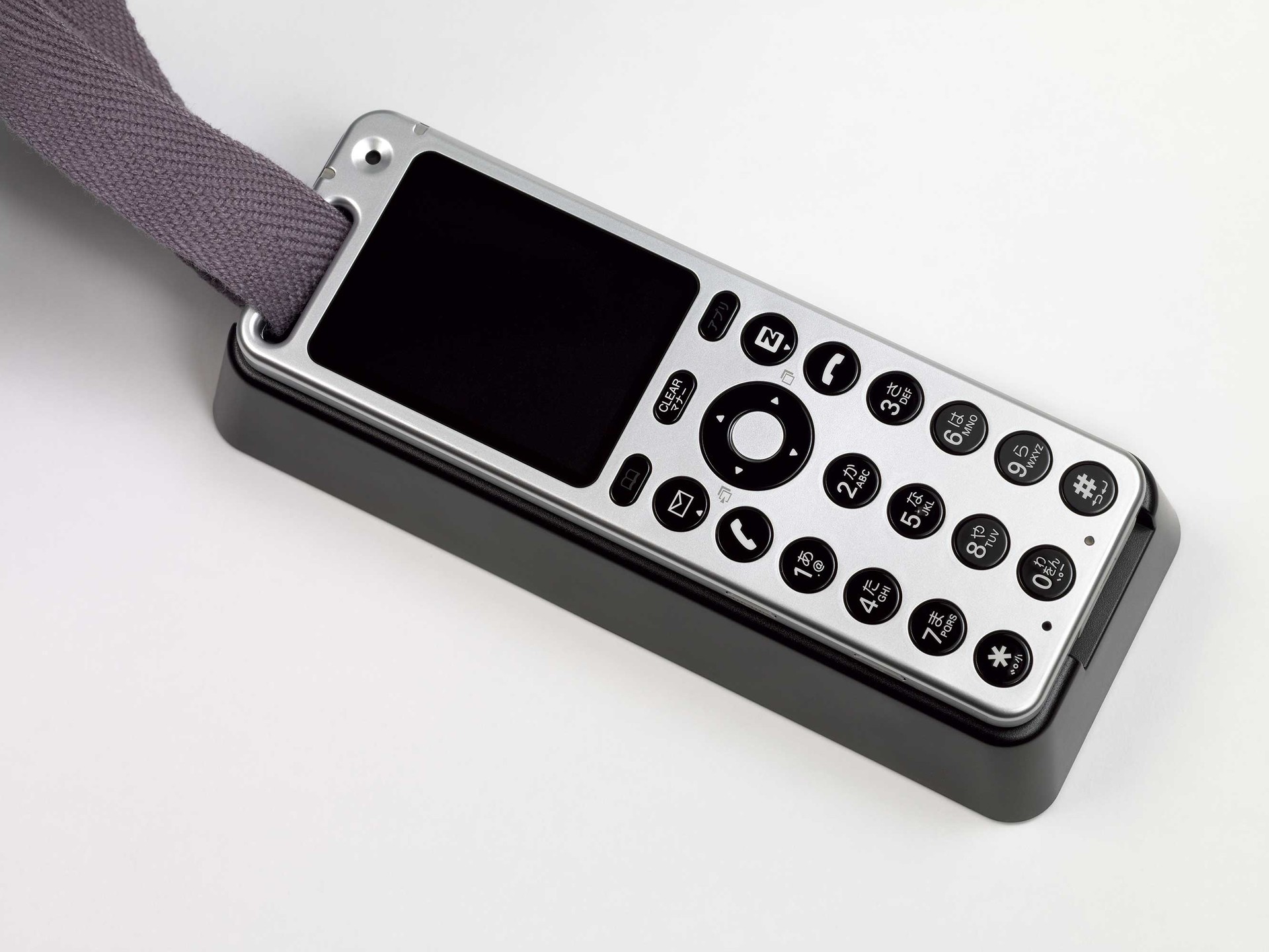 Marc was commissioned by Japanese telecommunications company KDDI to design a mobile phone. As mobile phone technology in Japan was several years ahead of the rest of the world, Marc made use of the advanced technology available to him in his creation of the Talby. The silver-coloured phone came in three colour choices for the keys: black, green, and orange, Marc’s signature colours. The candy bar format came at a time when clamshell or ‘flip’ phones were increasingly popular, and the Talby was also much thinner than its competitors.

Talby’s innovations included the ability to read bar codes and use fully musical ring tones. The graphical user interface was designed in cooperation with Silas Hickey and the start-up music and sound design were provided by Nick Wood of Syn Studio. Talby, whose name comes from a character in the film Dark Star, was sold for about two years, though many customers continued to use theirs for years afterwards. The phone attained somewhat of a cult status in Japan, making an appearance in the animated film 5 Centimetres per Second by Makoto Shinkai.