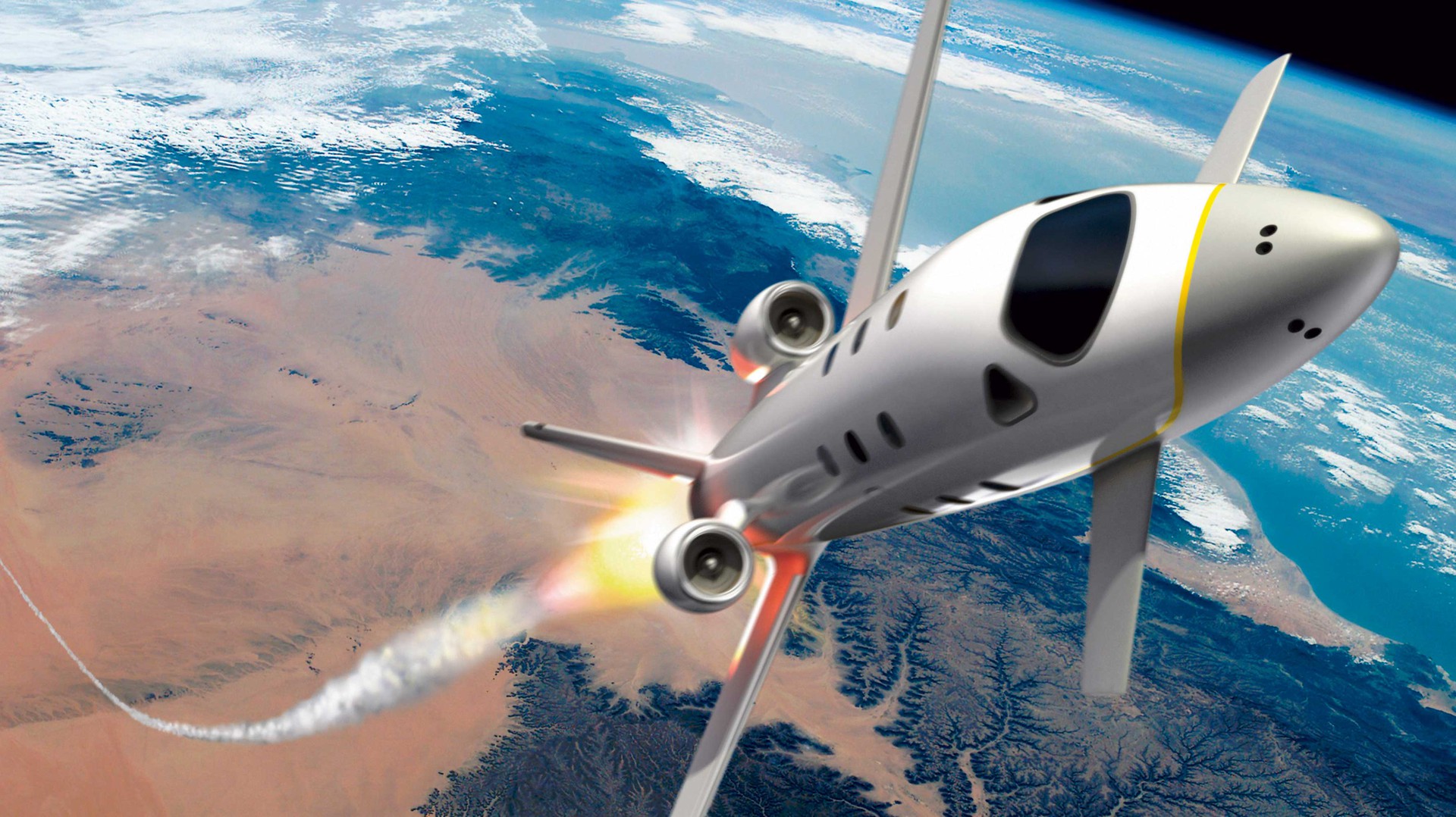 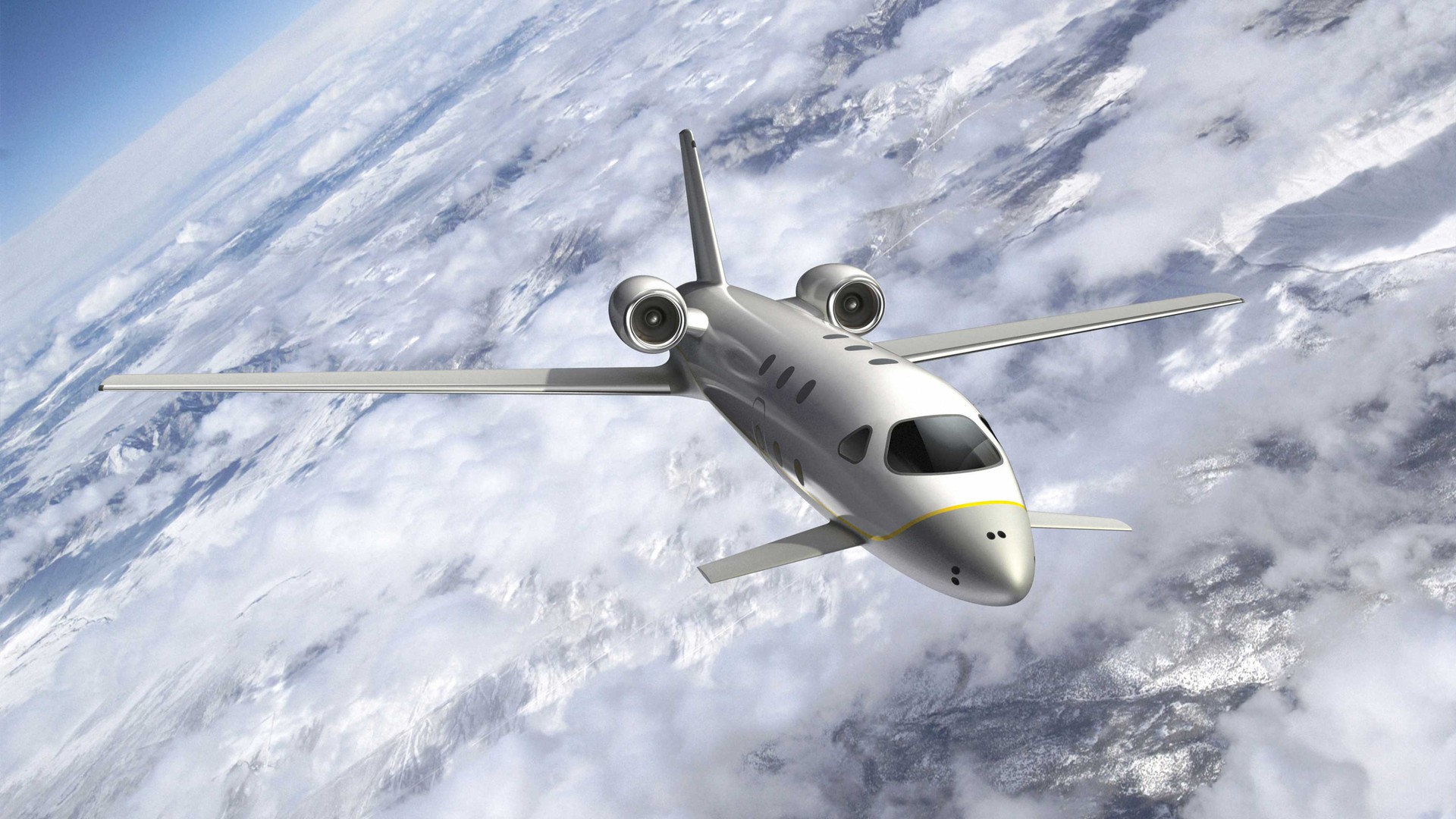 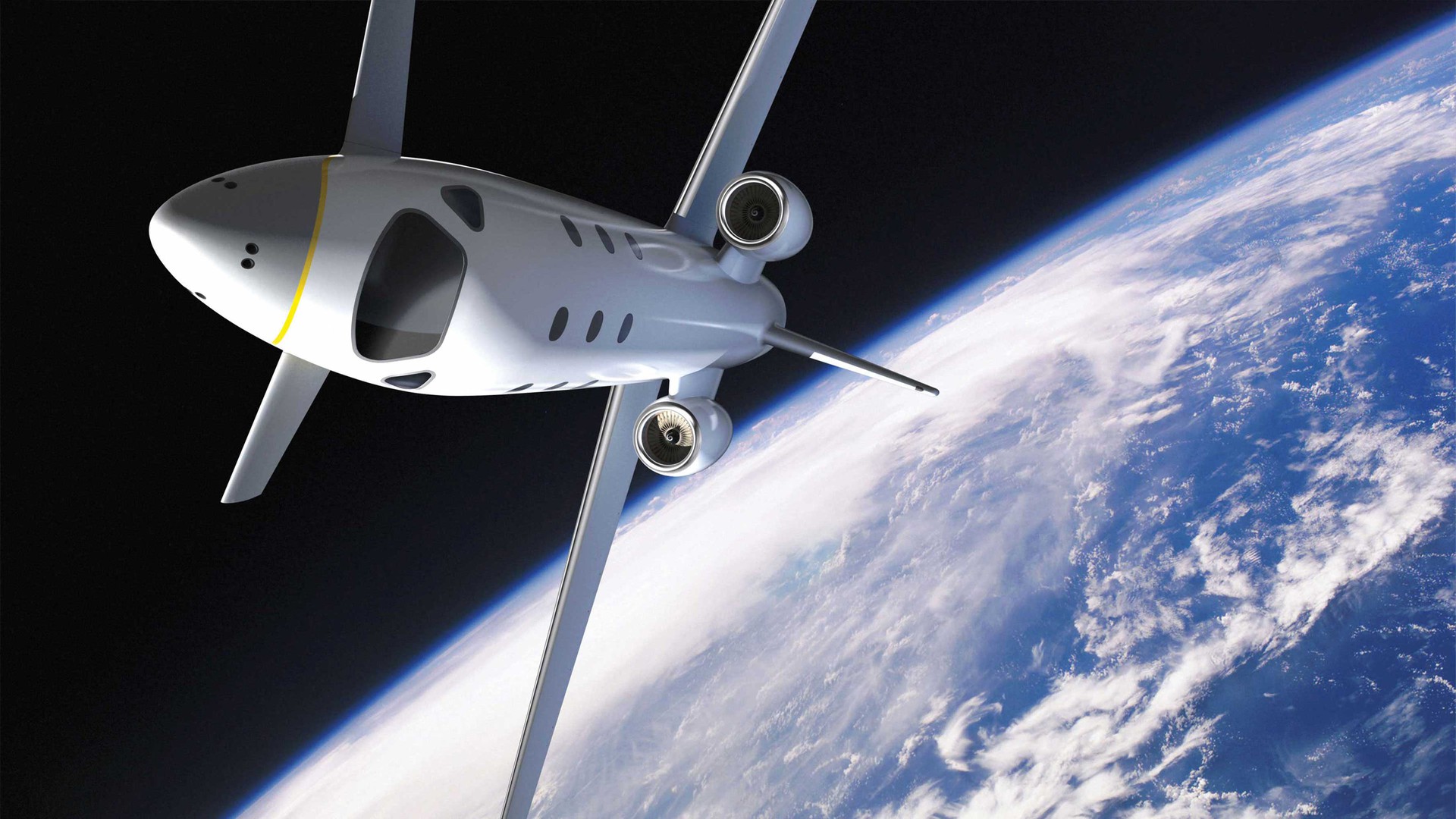 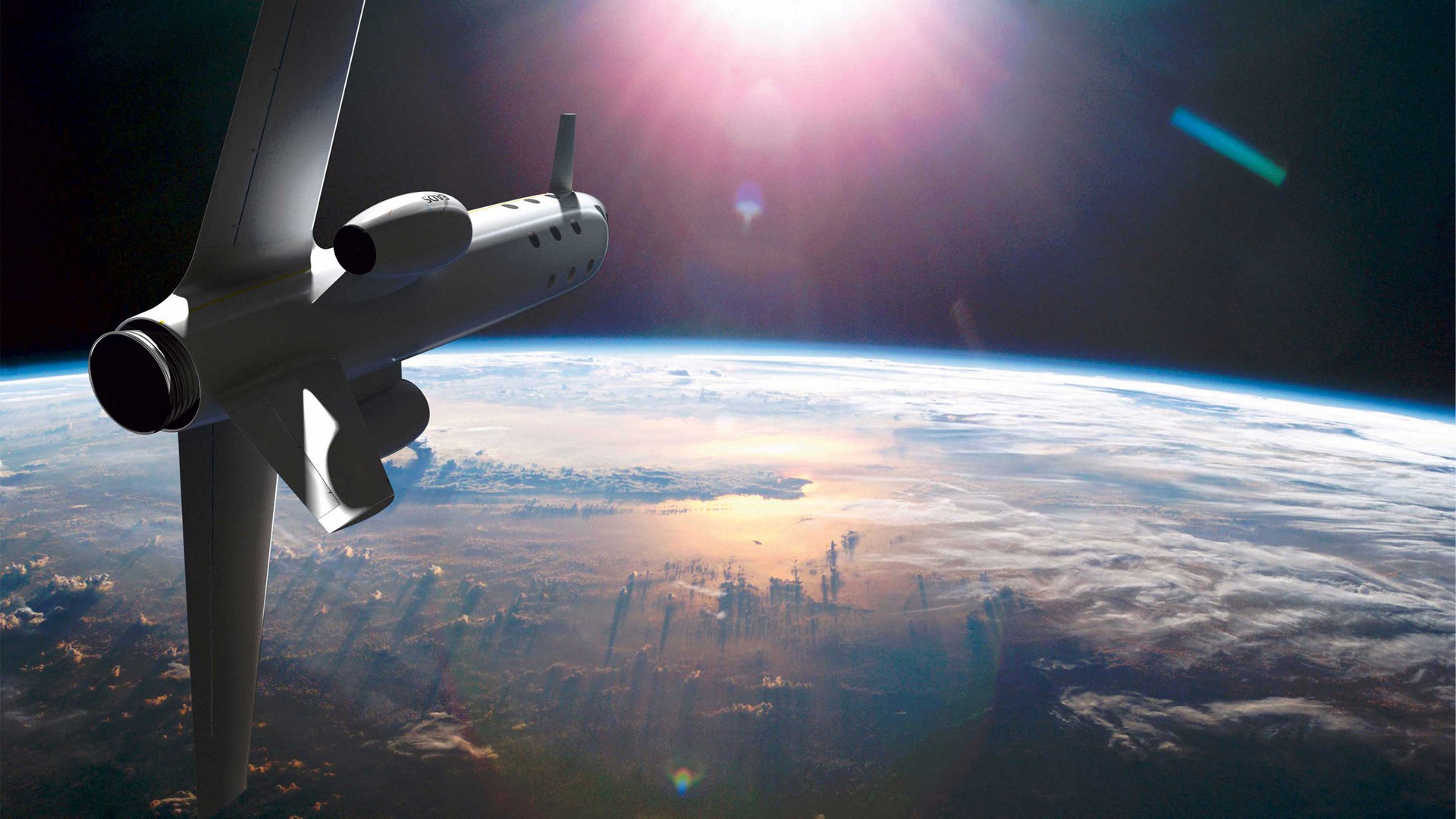 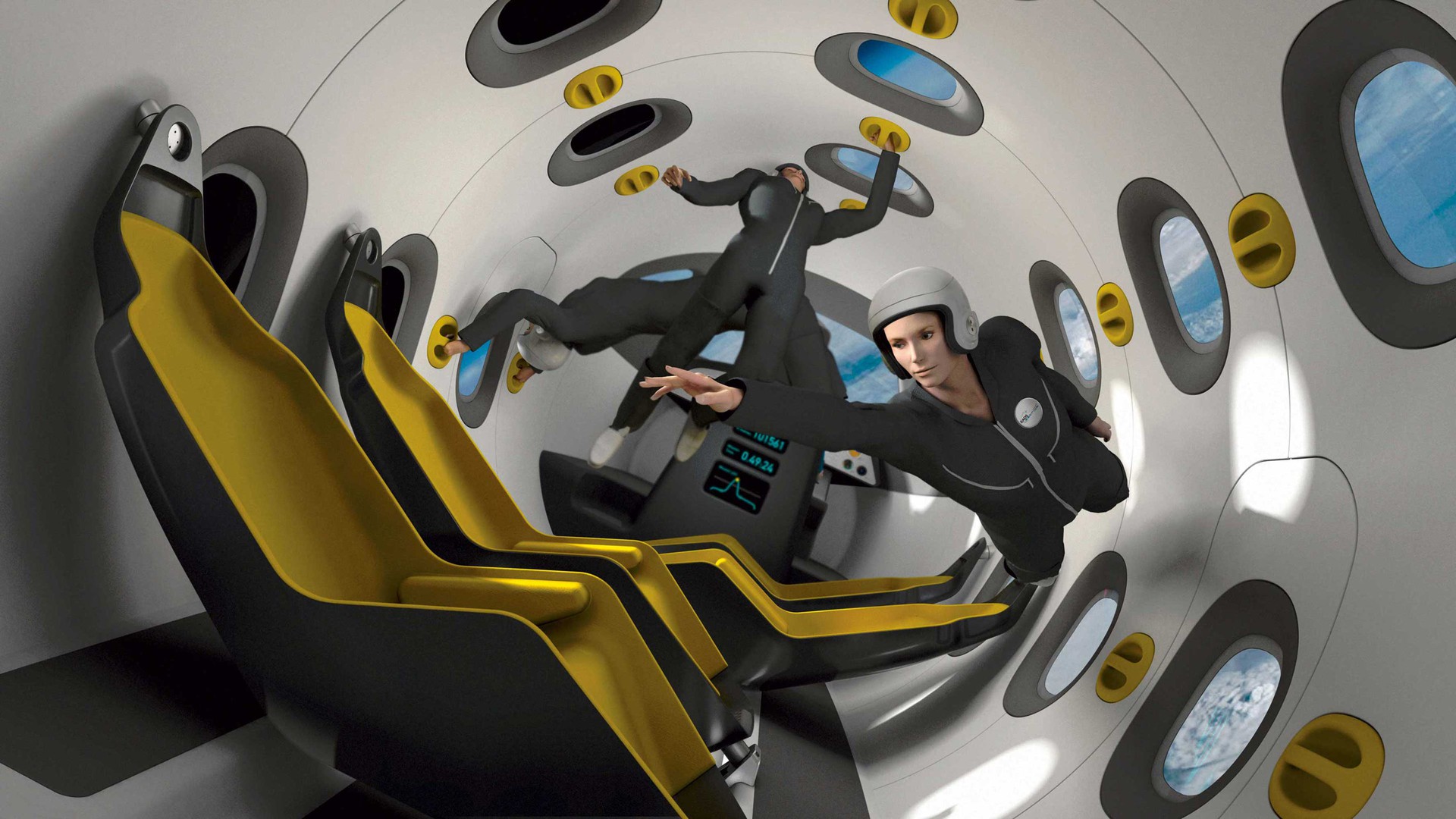 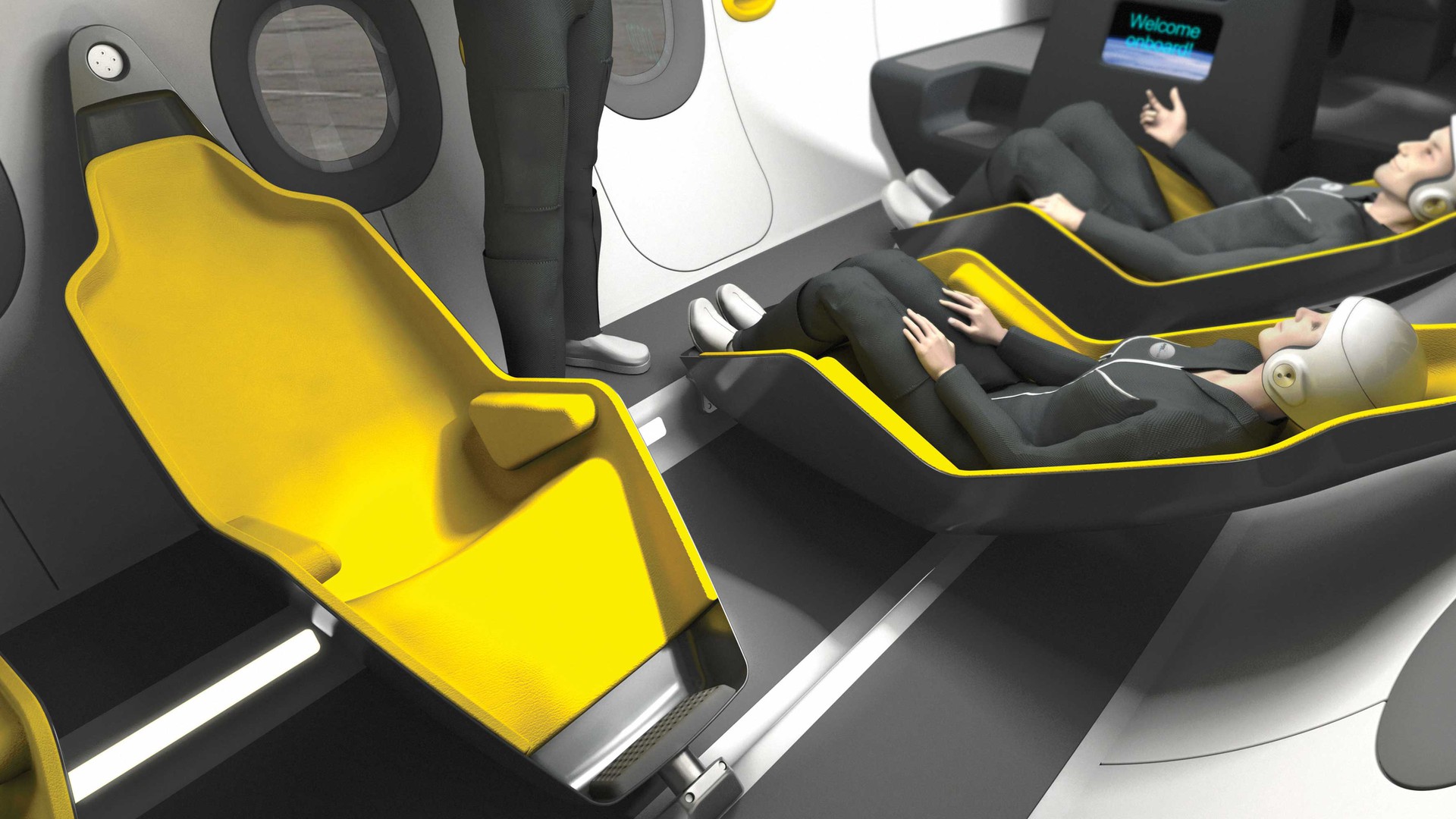 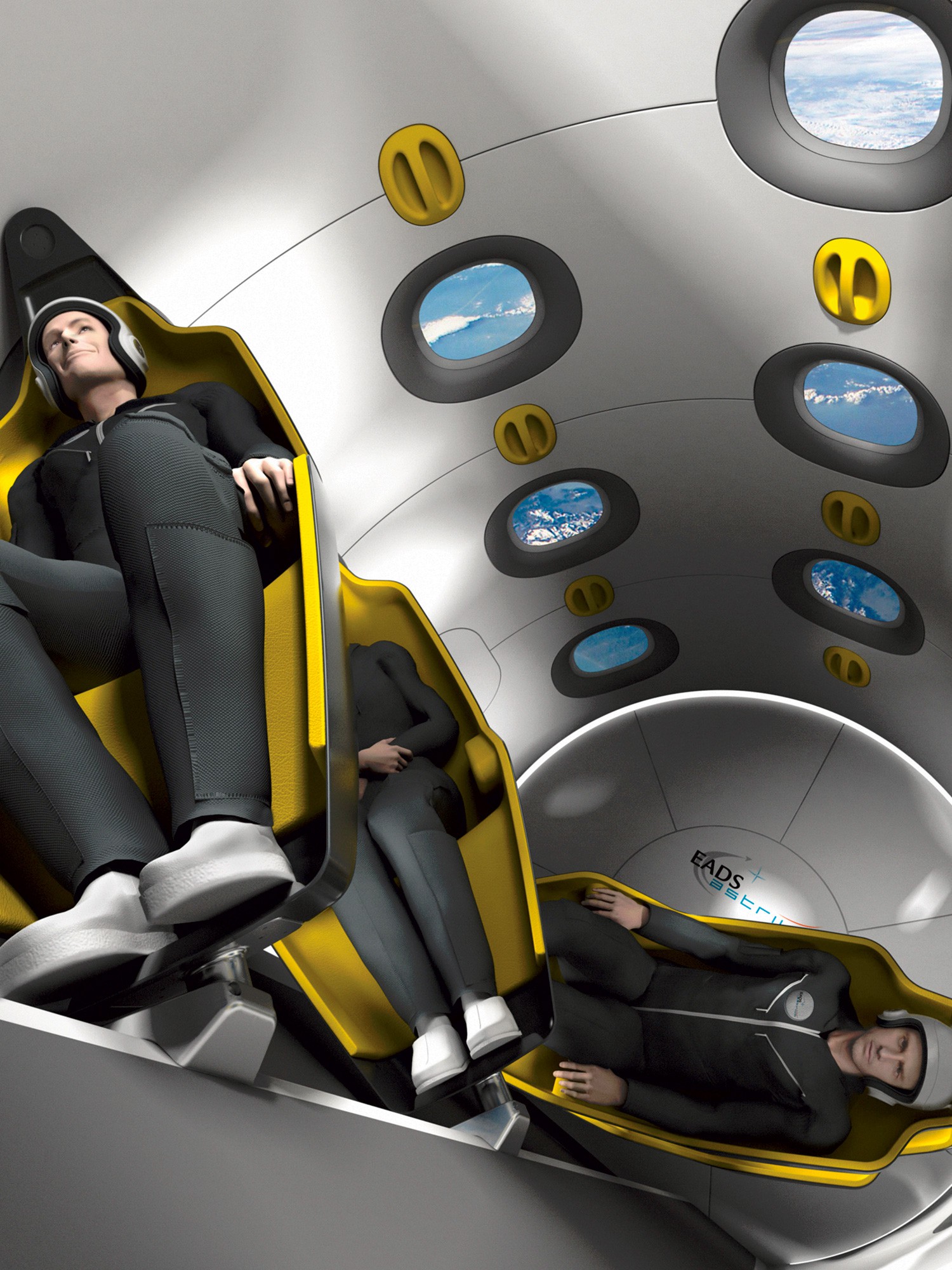 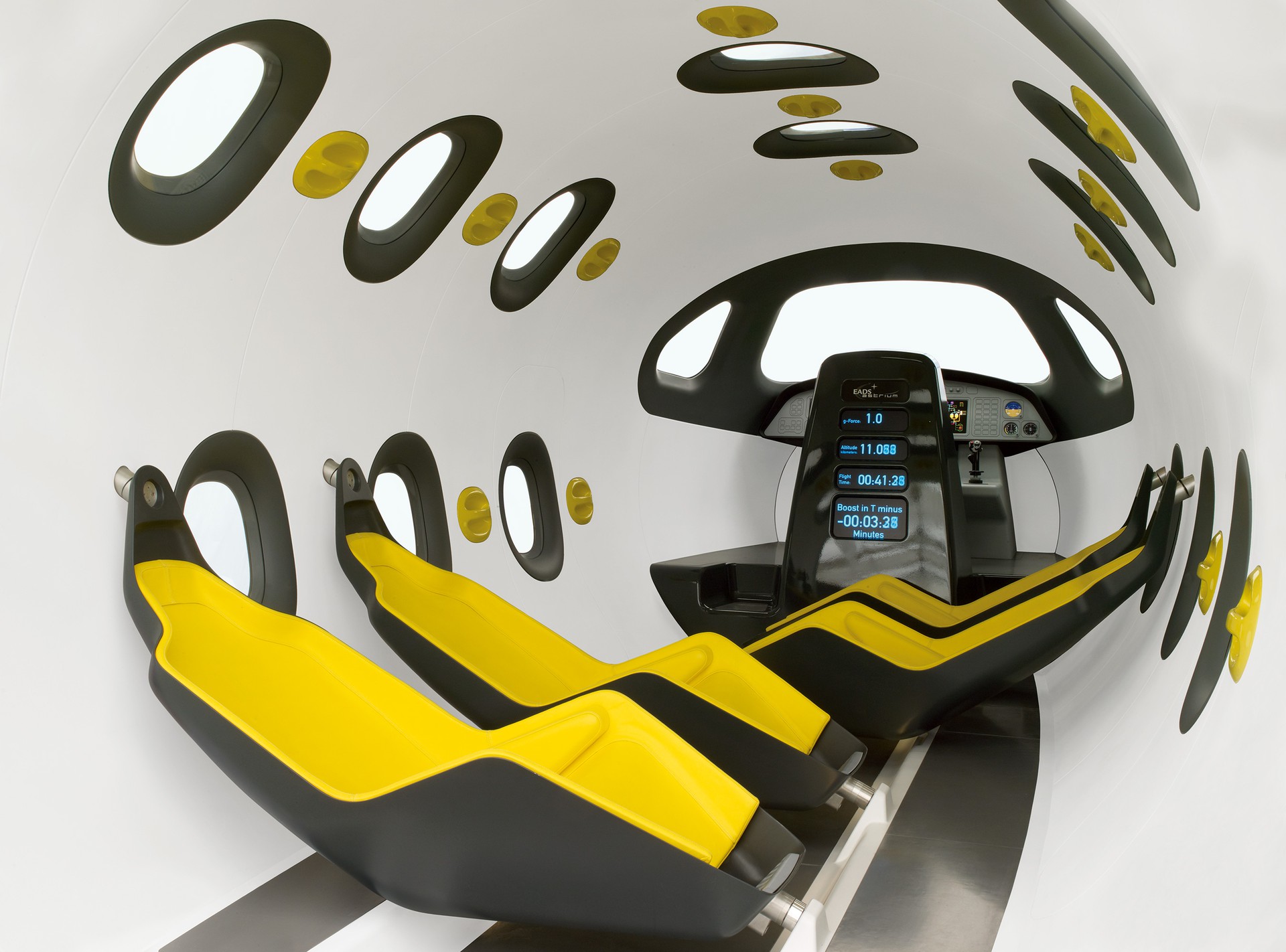 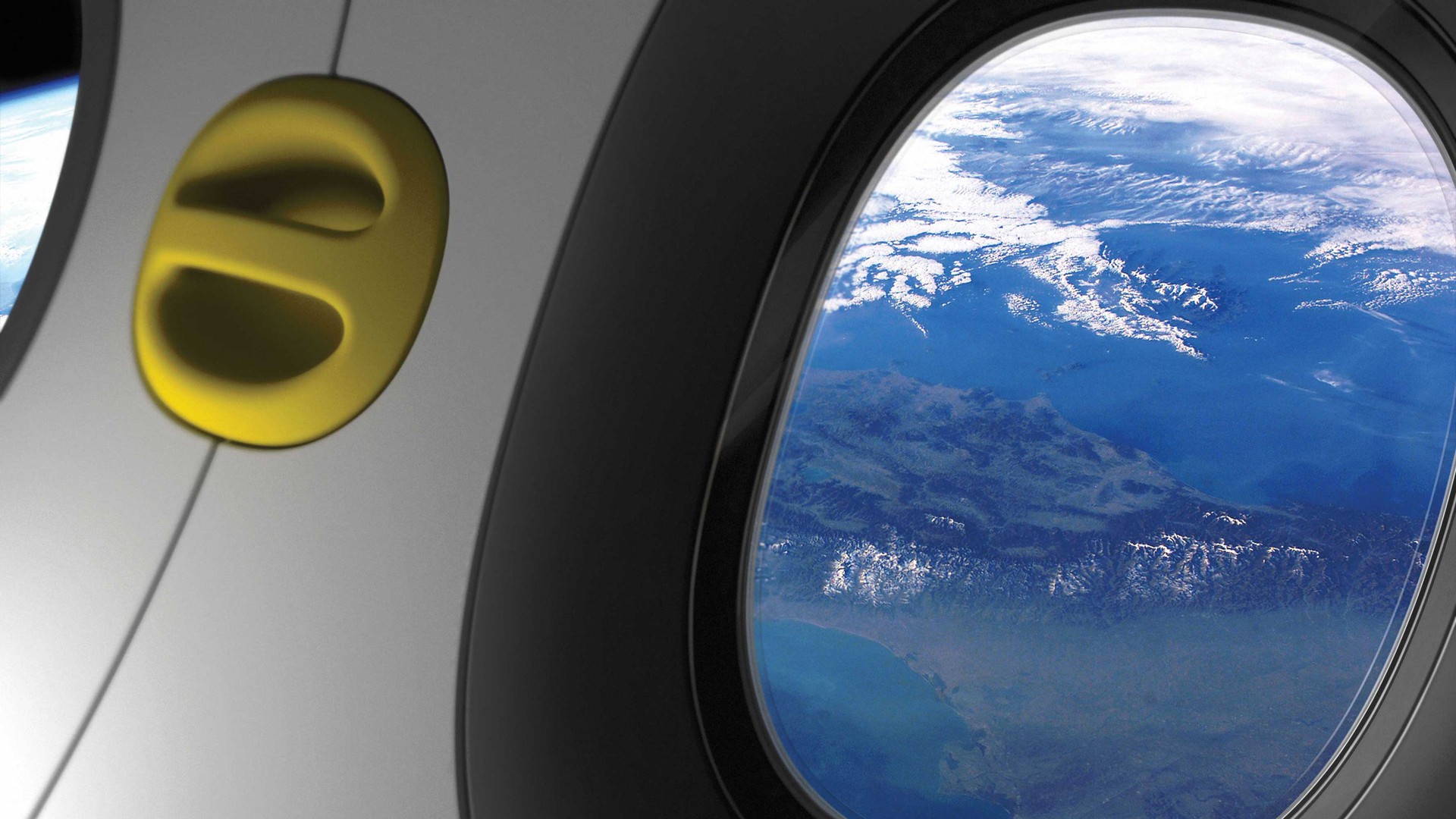 Astrium, a division of EADS, is the largest European manufacturer of rockets. Aware of Marc’s work with Airbus on the Qantas A380 and being uniquely placed in a burgeoning market for Space Tourism, Astrium approached Marc with the project of creating a unique craft that would take people on short trips into space.

The Spaceplane takes off like an airplane (rather than being launched from the belly of another craft or launched like a rocket); at 12 kilometers altitude, the rocket propulsion system takes over from the jet engines and then the craft shoots like a rocket towards space. At about 60 kilometers altitude, the rocket shuts down and the craft soars into space. The Spaceplane continues to fly in a parabolic arc, during which time the passengers experience zero gravity. After re-entering the earth’s atmosphere and descending back down, the jet engines reboot and the craft makes a completely controlled landing at an airport about thirty minutes later. The entire journey takes about two hours.

Marc designed the exterior and interior, the window configuration, and everything from the rear-pressure bulkhead forward. The real challenge was the design of the seats: given that the Spaceplane takes off like an airplane but then ascends vertically, the seat has to move so the passenger can cope with the nearly 90° transition in a relative degree of comfort. Having designed aircraft seating, Marc knew very well what the issues were in terms of the mechanics and engineering of a seat, but this was a completely different challenge. Unlike airplane seats, if these seats were to fail, passengers could be seriously injured. Another major issue was weight. To address both issues, Marc recommended a pivoting hammock structure, so that at take-off, the passenger would be facing upwards, his or her body more or less horizontal relative to the earth. In the transition from aircraft to spacecraft state, the passenger must remain in the same position relative to the earth. Thus, the passengers’ own body weight and gravity dictate the orientation, doing away with complex, heavy and failure-prone mechanical actuation systems in the seat. To maximize the experience of weightlessness, Marc wanted to keep the cabin uncluttered. The hammocks, which are near the floor, take up a minimal amount of space to allow passengers to float around at zero-gravity.

With the technical design resolved, Marc then addressed the aesthetic element of the cabin’s interior, designing the fixtures and choosing the colours, fabrics, and materials. Windows on the ceiling and floors with grab handles allow floating passengers to navigate their way around the cabin while peering out into space. The colour scheme is a simple combination of grey and yellow.