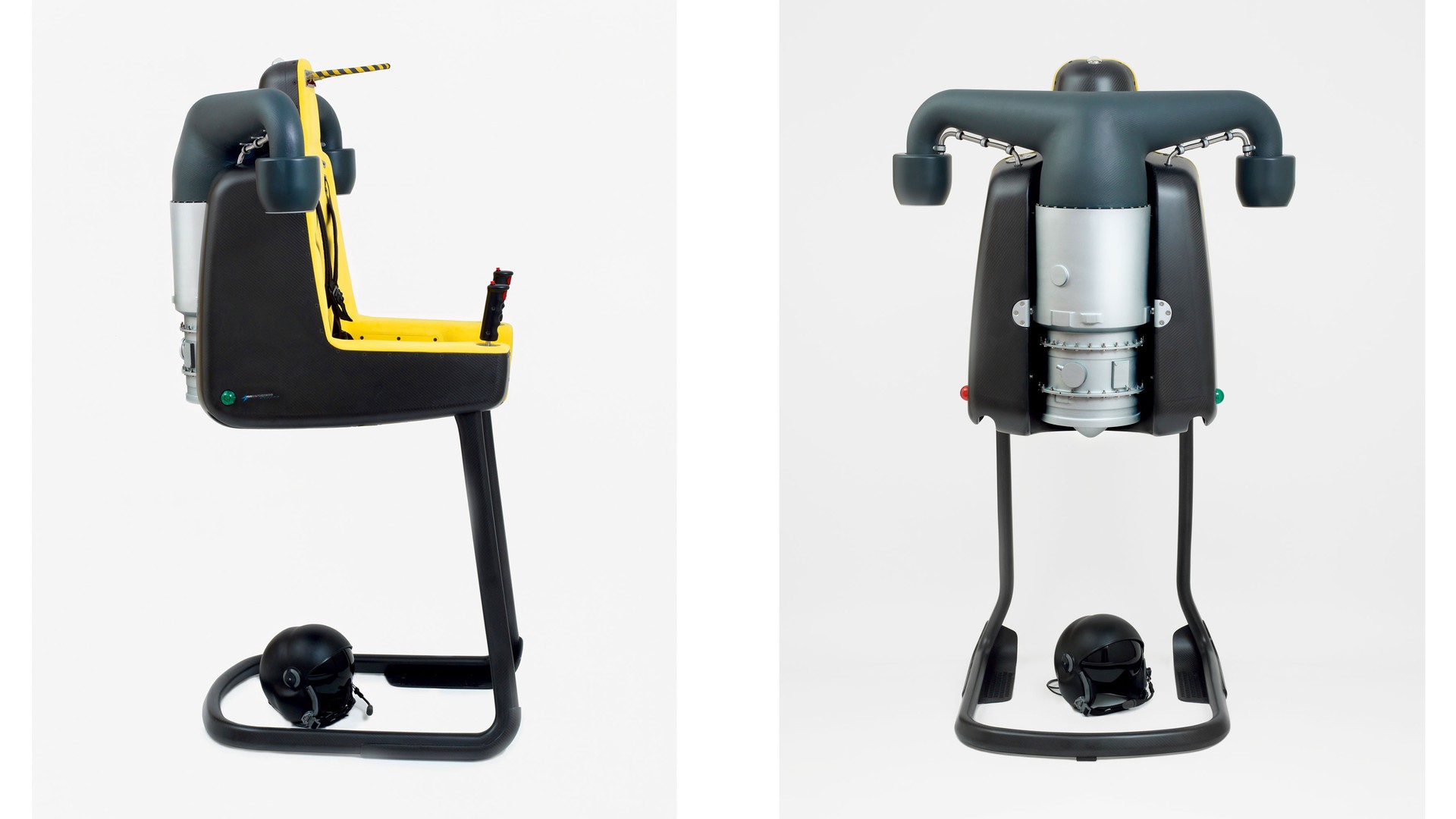 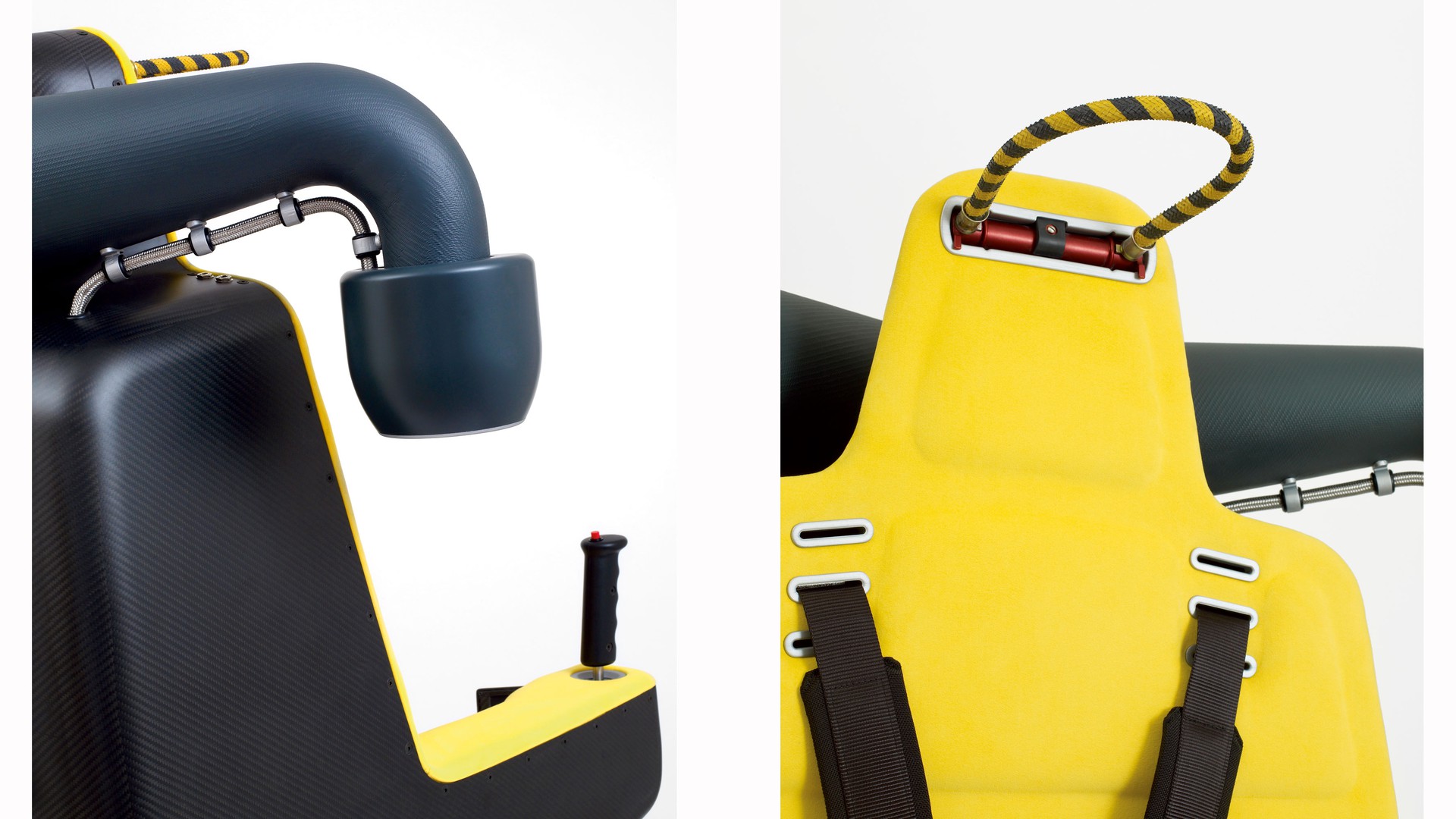 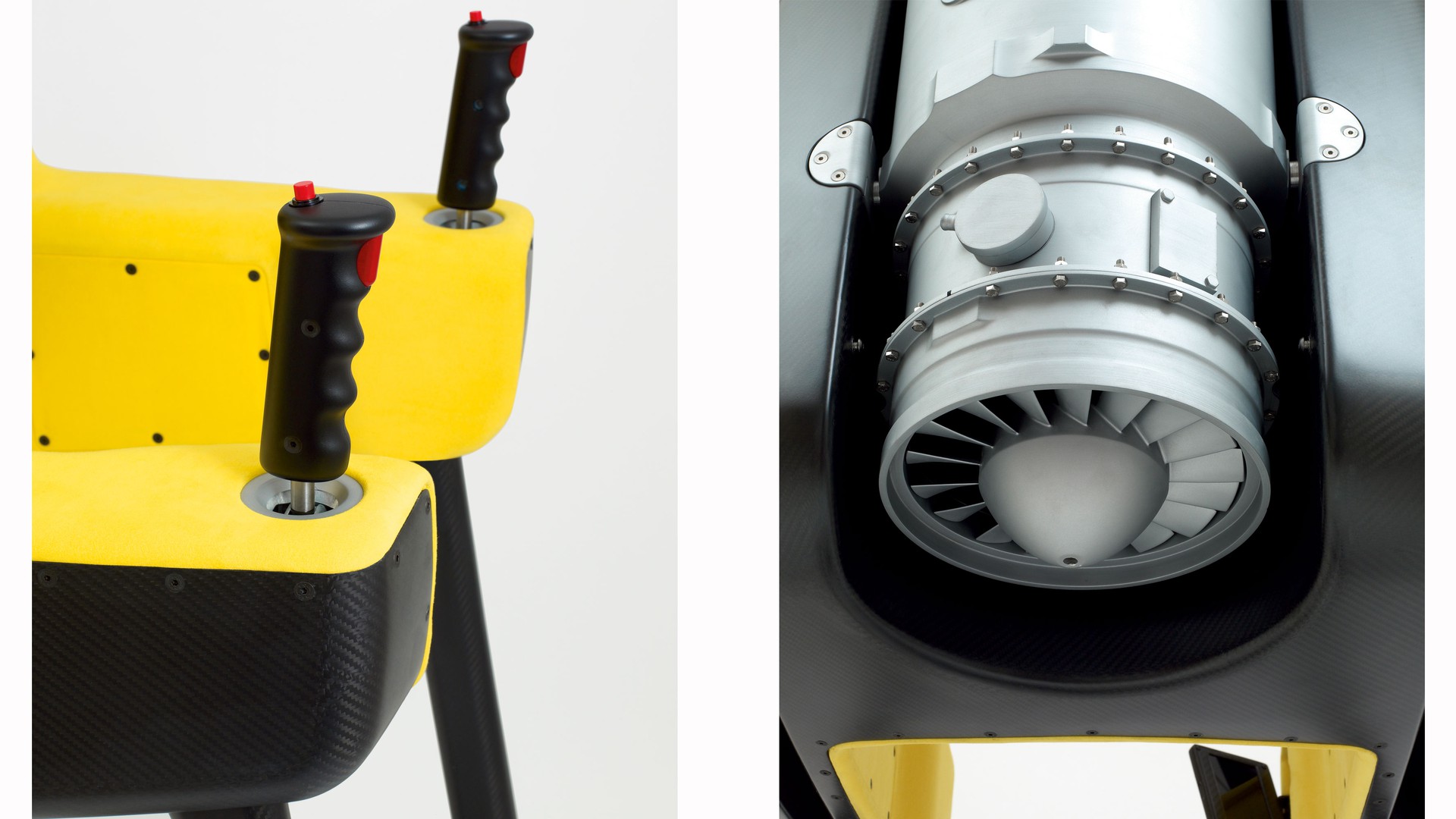 The Body Jet is a prototype of a personal flying machine designed for both civilian and military use, straight from a James Bond or sci-fi film. Powered by a small, lightweight jet engine that has several hours autonomy, the jet pack operates with a vertical take-off and landing (VTOL). A specially designed helmet is worn by the user. The black and yellow jet pack is manufactured primarily in carbon fibre composite materials. The landing gear/cradle is designed to rotate and retract to a horizontal position during flight. A deployable parachute is seamlessly incorporated behind the pilot’s head in case of emergency.