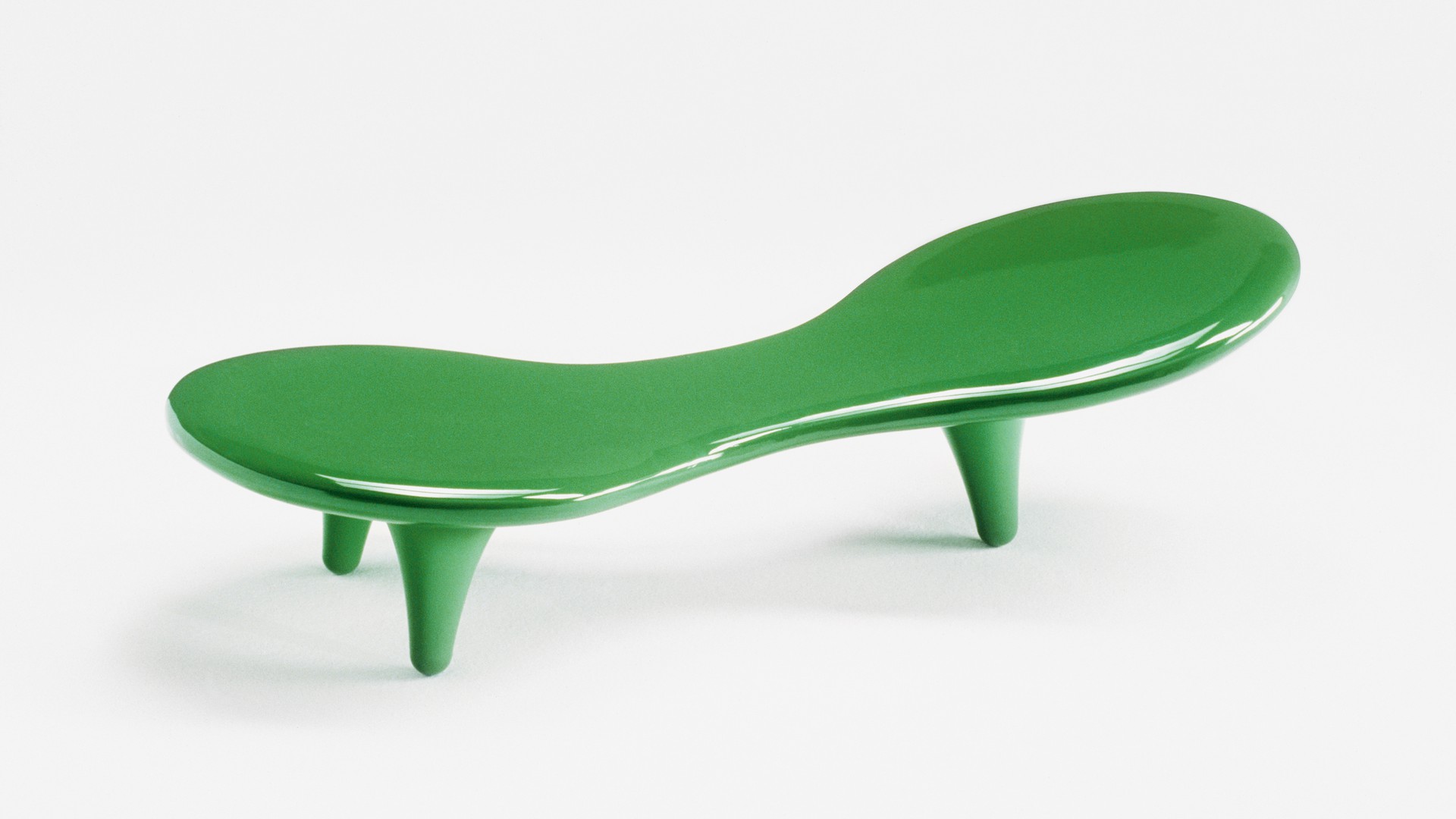 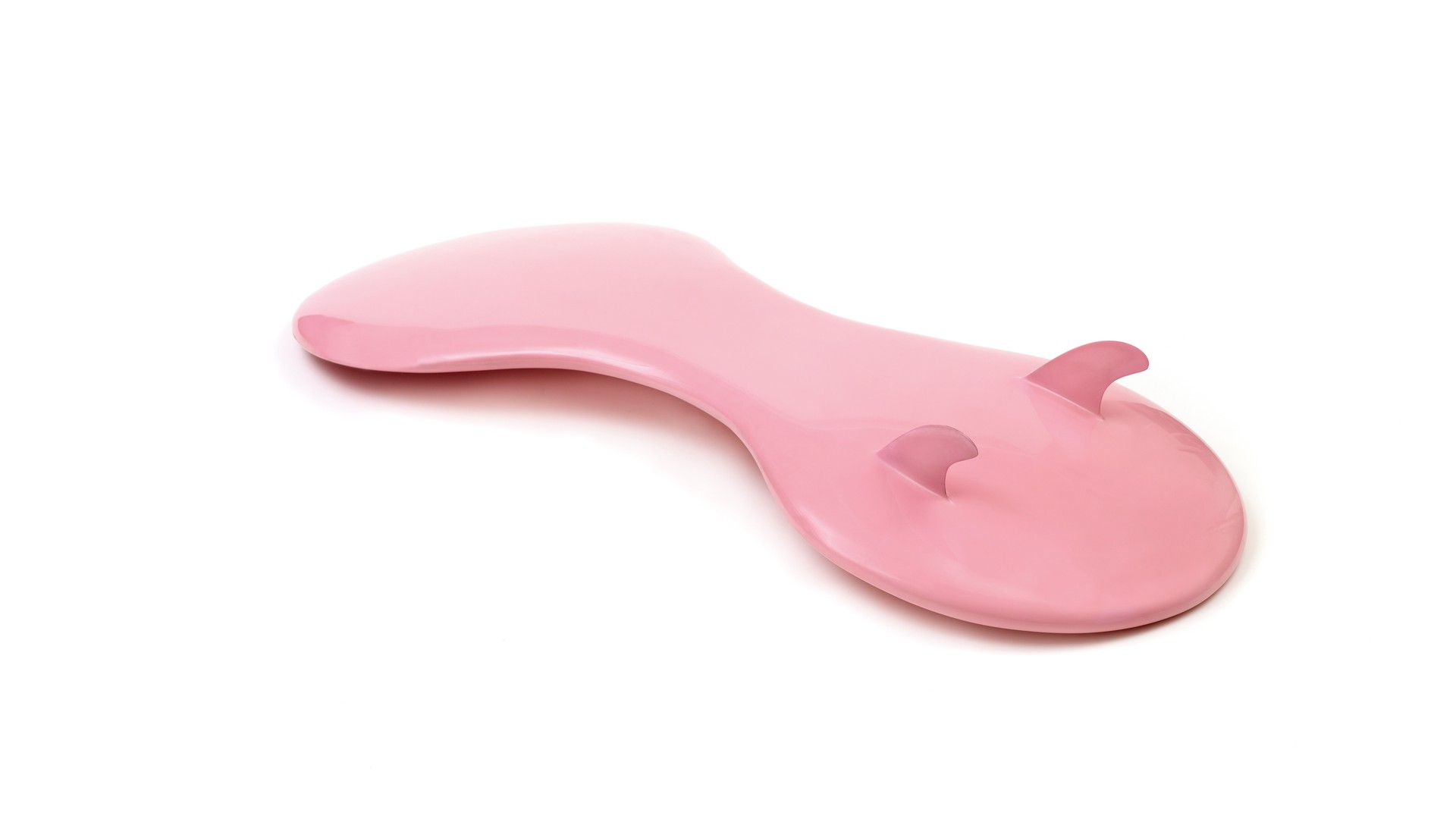 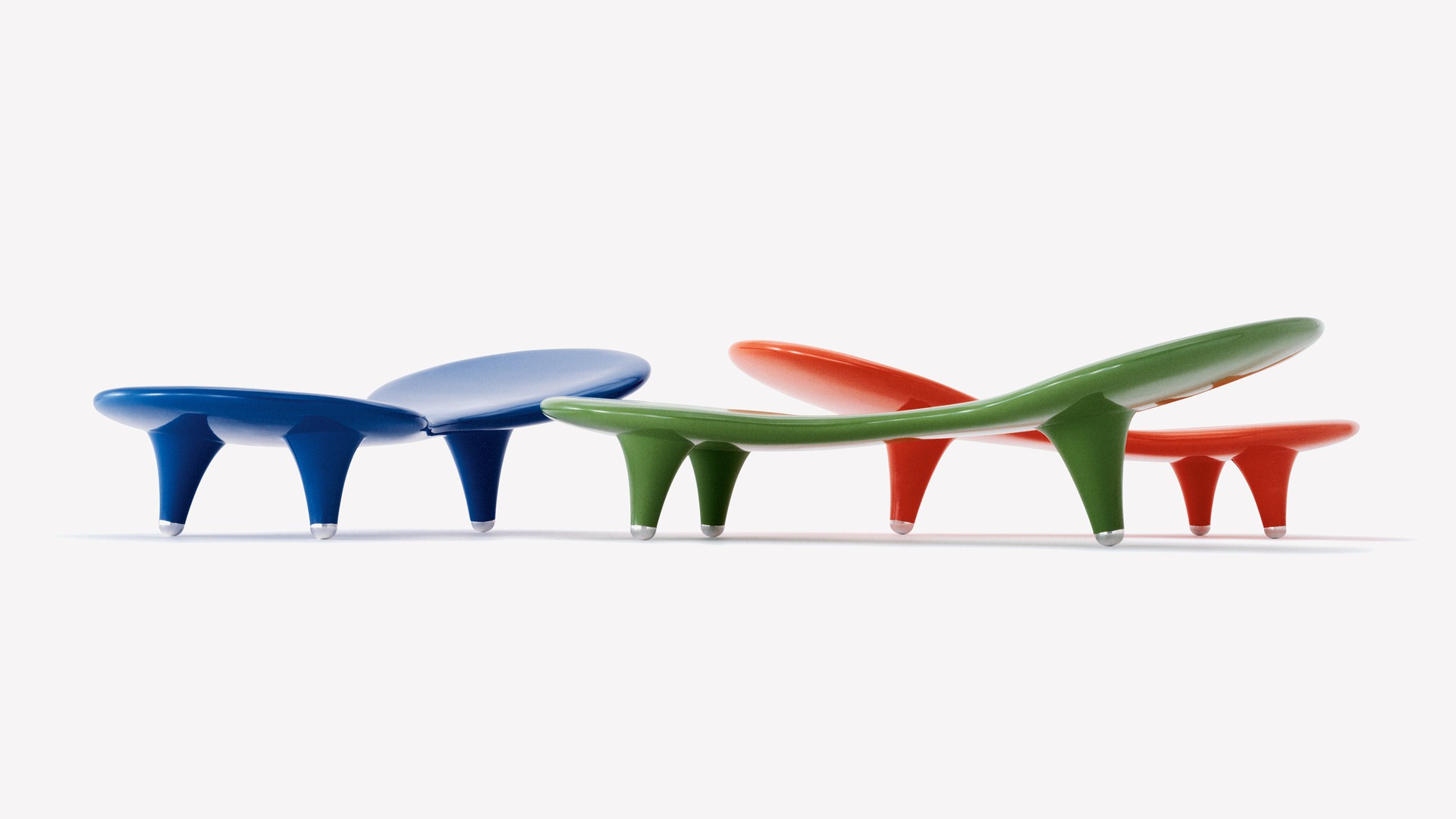 The Orgone Lounge is a horizontal 'hourglass'-shaped chaise-longue form of shiny moulded fibreglass. The upper raised end is supported on one cone shaped fibreglass leg and the lower end supported on two cone legs.

The term 'orgone' was adapted from the eccentric orgone energy theories of 1940s scientist Wilhelm Reich. The flattened, moulded 'chaise-longue' form of the 'Orgone' was also inspired by the shape and construction techniques of surfboards.

The piece is in production and is manufactured by Cappellini.