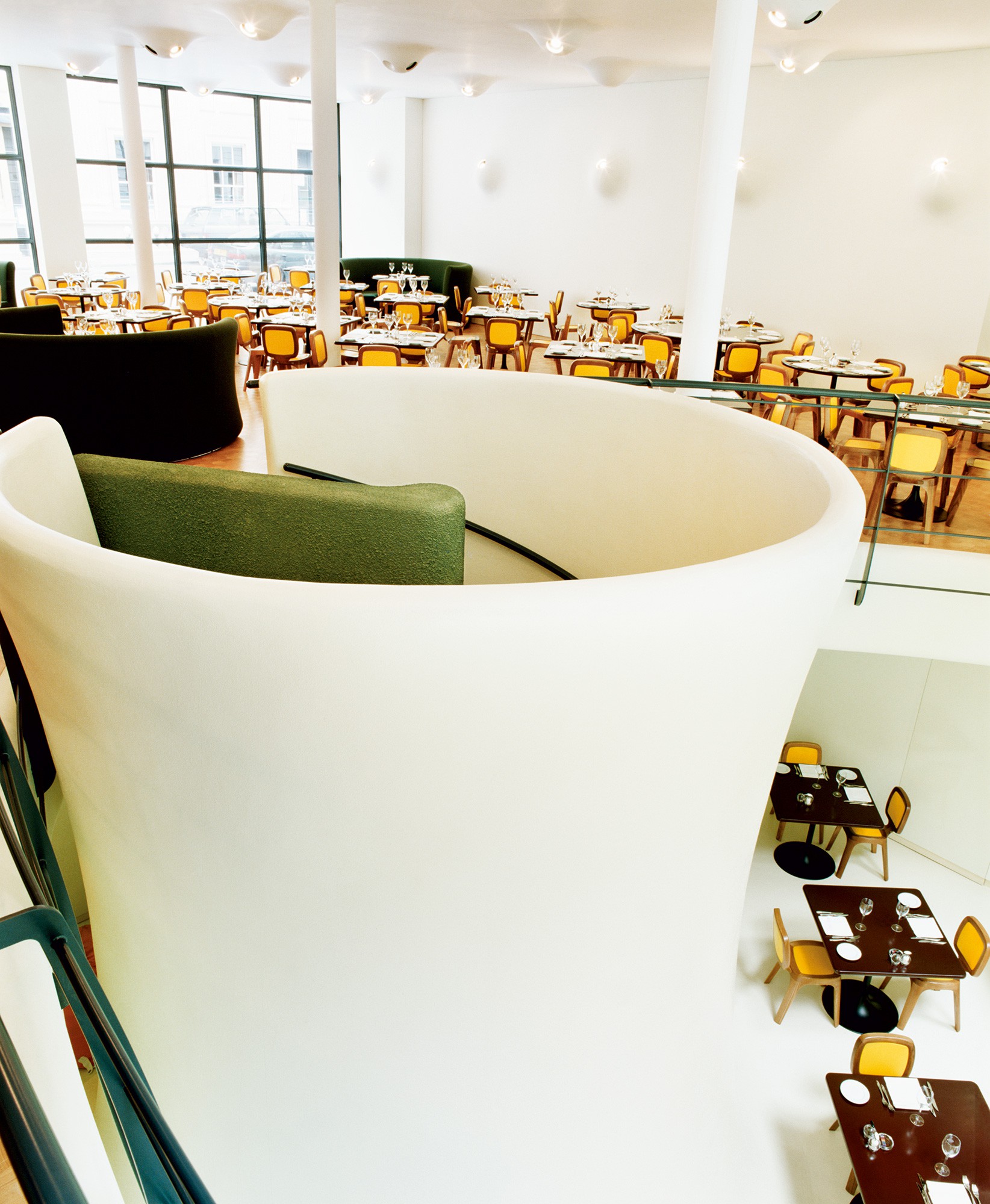 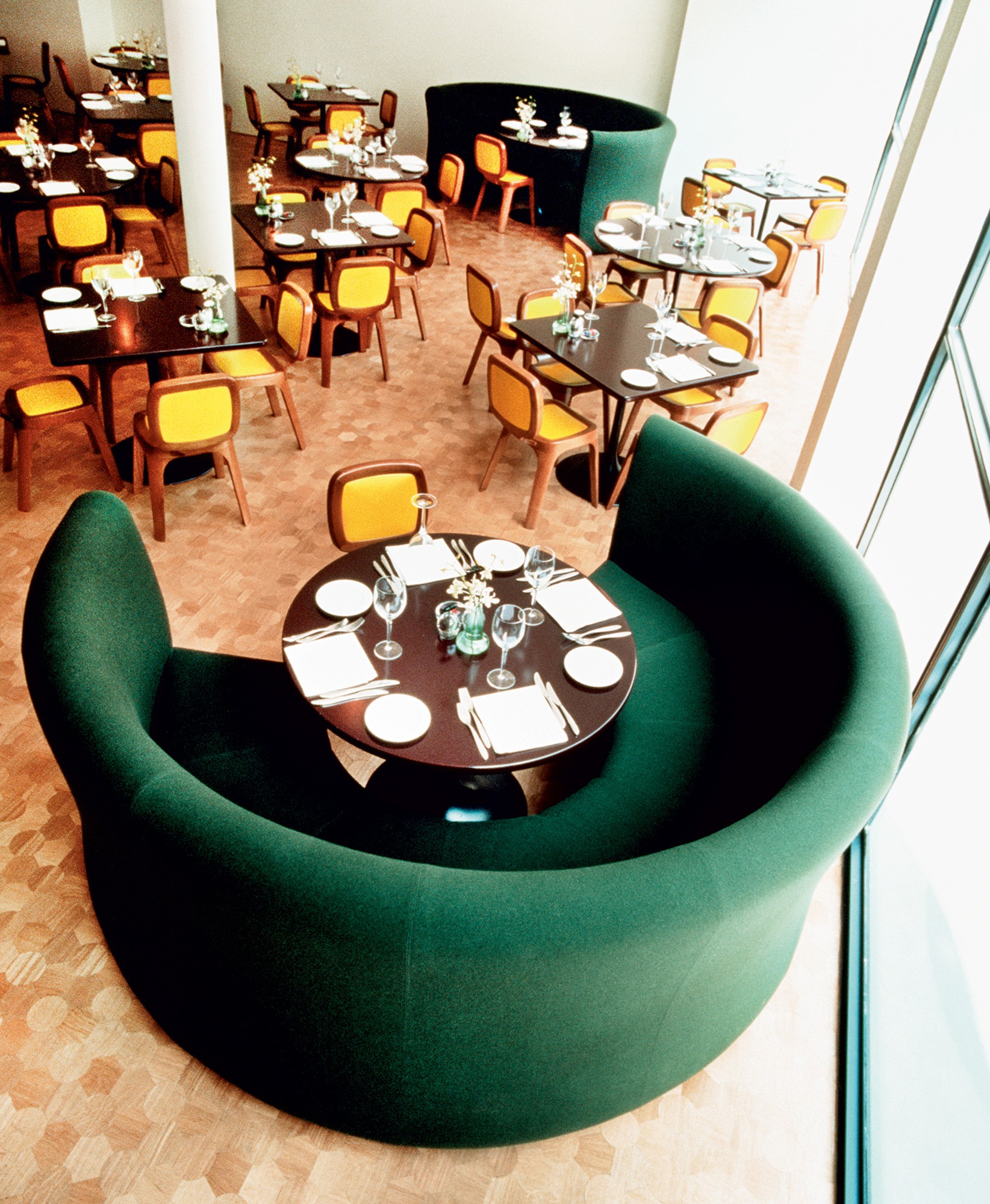 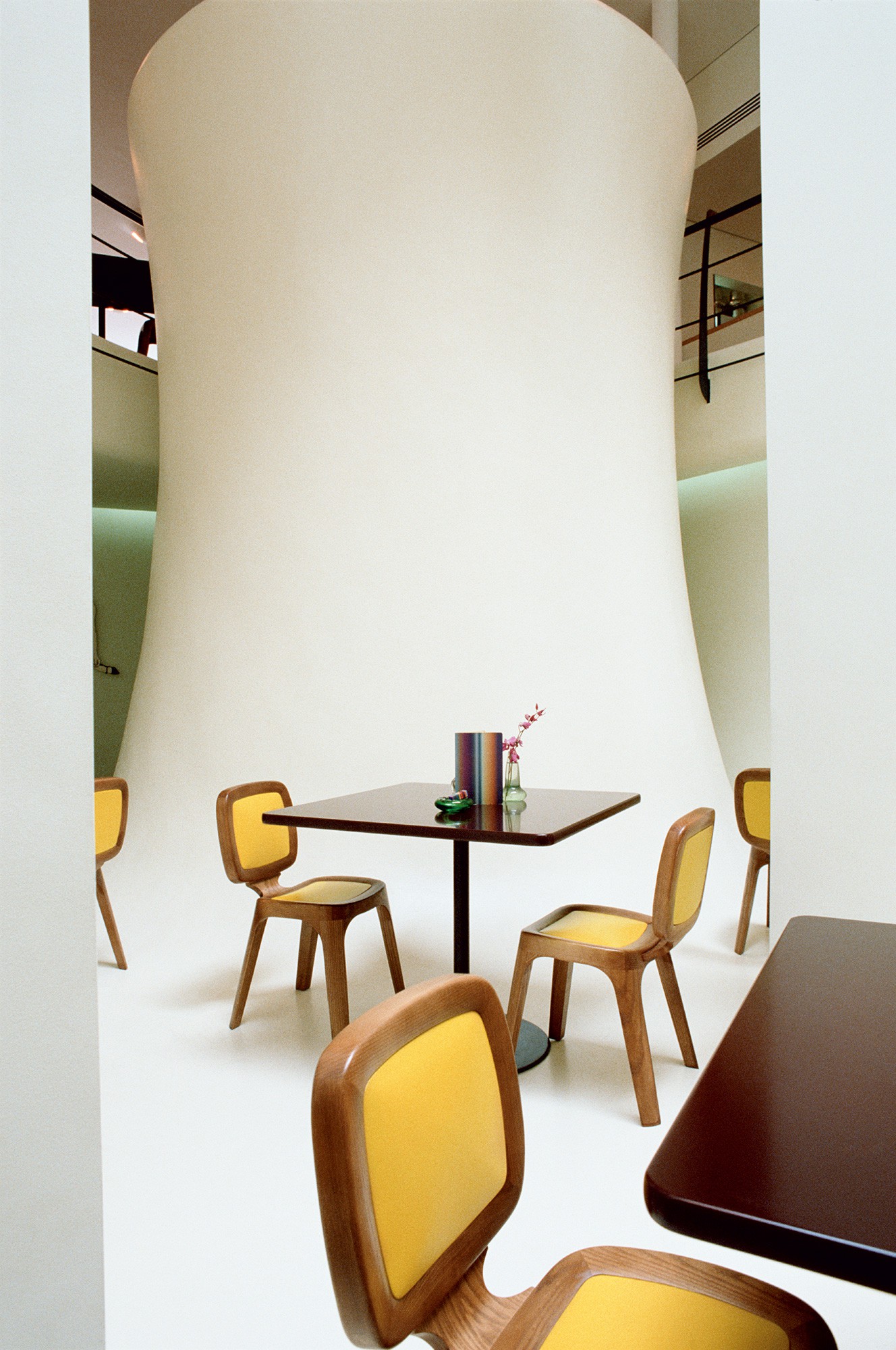 A step up in terms of size and budget from his previous interior projects, Oliver Peyton’s Coast restaurant was the first interior job that gave Marc the opportunity to design every element of the space. He set out to create a seamless environment to emphasise the volume of the existing space, a former Volvo showroom at 26b Albemarle Street in London’s Mayfair. The gigantic spiral central staircase was surrounded by a tubular wall: coated in the same epoxy resin as the basement floor, the silo-shaped tube seamlessly joined the floor to create a continuous surface. The stairs were covered in a green Tartan Track material, an all-weather synthetic material more commonly used in athletic tracks, matching the custom green banquets. The ground floor was made of laser cut oak tiles, and the lighting was recessed underneath plaster-moulded pods on the walls and ceilings.

Marc also used the Coast Restaurant as an opportunity to design a range of peripheral objects from furniture to cutlery, glassware, and tableware. The Coast Table and Chair, initially designed in oak and upholstered in yellow (though the table wasn’t used in the restaurant), were later produced by Magis in a plastic version. Several tableware items were subsequently put into production: the Gemini salt and pepper grinders by Alessi, the ashtray by Blend (and later Alessi and Habitat) and the glassware by the Japanese company Goto.