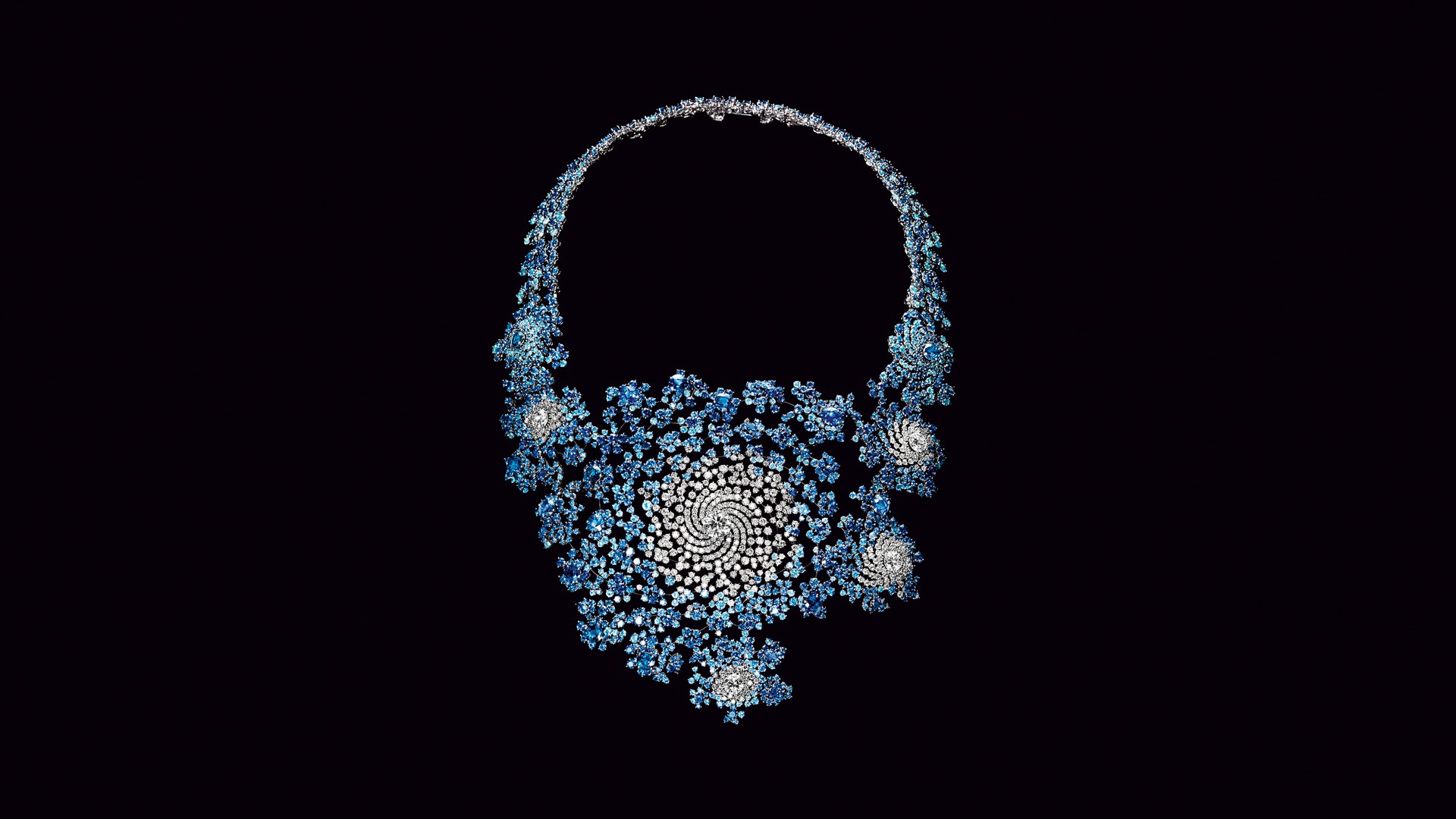 The Julia necklace was inspired by Marc’s interest in fractals (geometric shapes that can be subdivided into smaller versions of themselves), specifically the Julia Sets of fractals discovered by Gaston Julia in the early 1900s. The necklace is made from 2,000 pavé stones and took the company’s craftspeople 1,500 hours to realise using rapid-prototyping technology and a minimal three-prong setting, so the stones appear to float on the wearer’s throat.

“One thing that I’d always been fascinated by, like a lot of people, was fractal geometry, because it really underlined my fascination with scale. I like the way certain objects can transcend scale. It’s one thing to try and mimic fractals in two dimensions, but you risk losing the character, which is infinite and utterly irregular. There’s an underlying order but it’s all slightly unexpected, and that’s what gives it its character.”