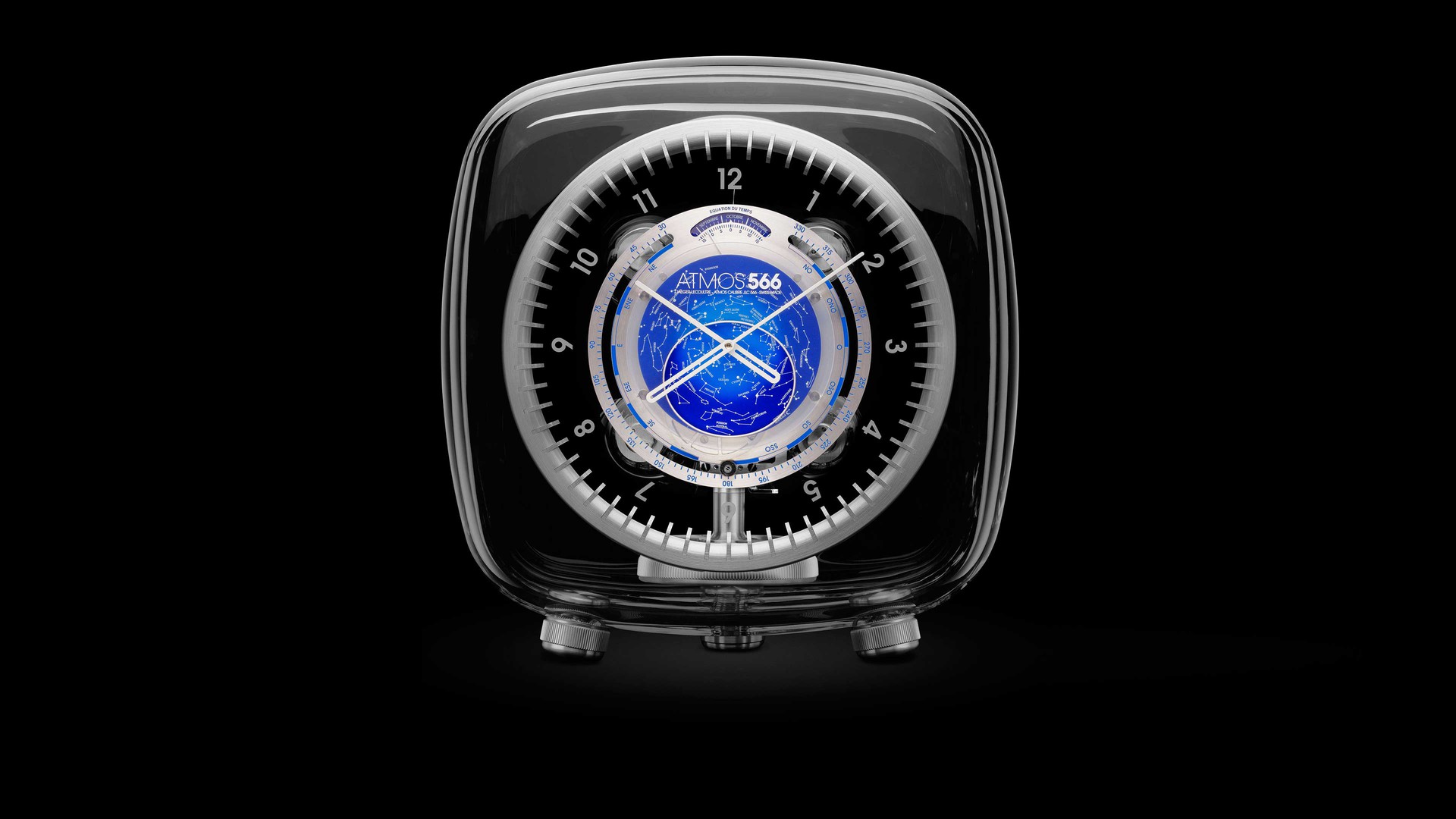 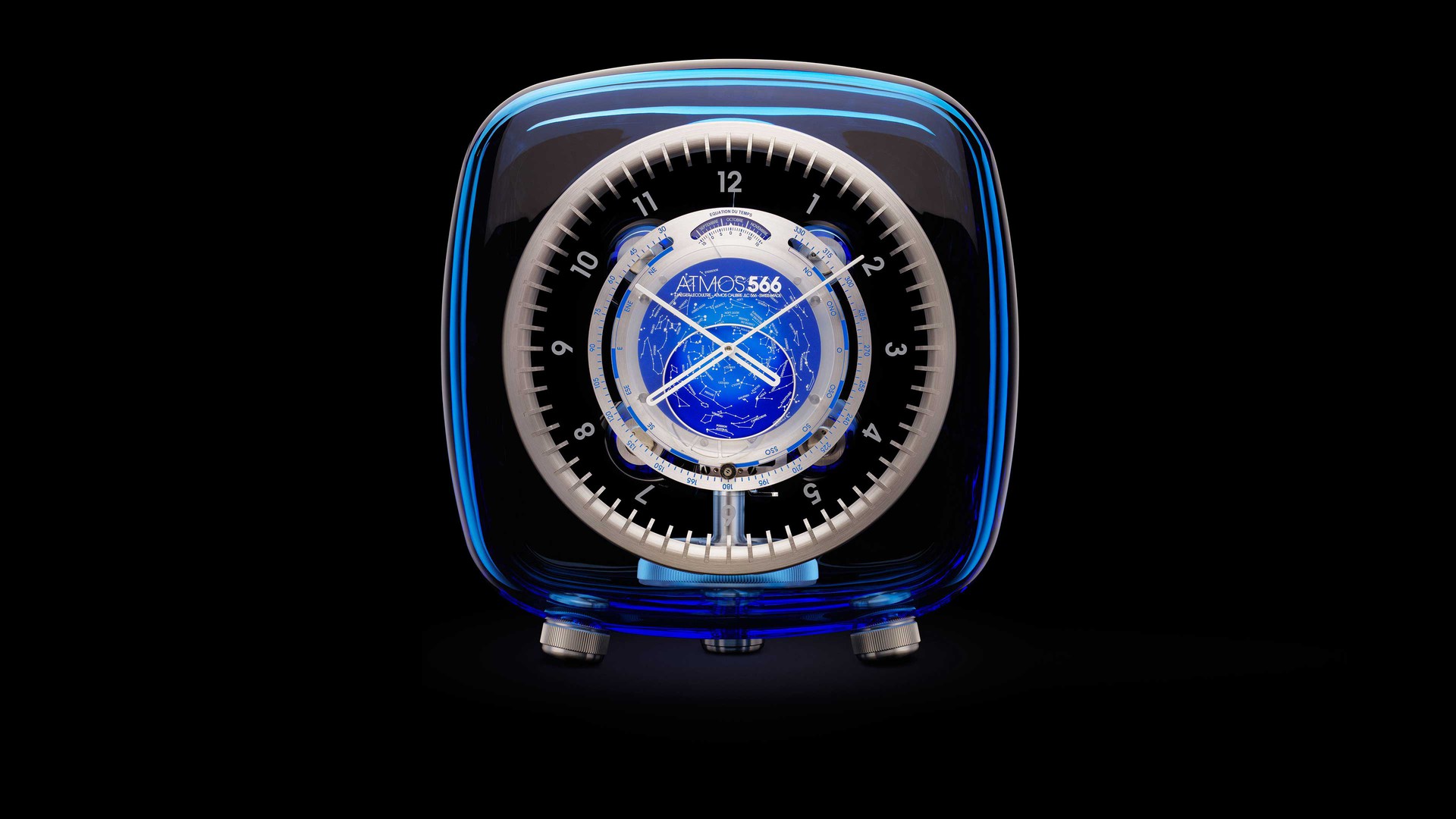 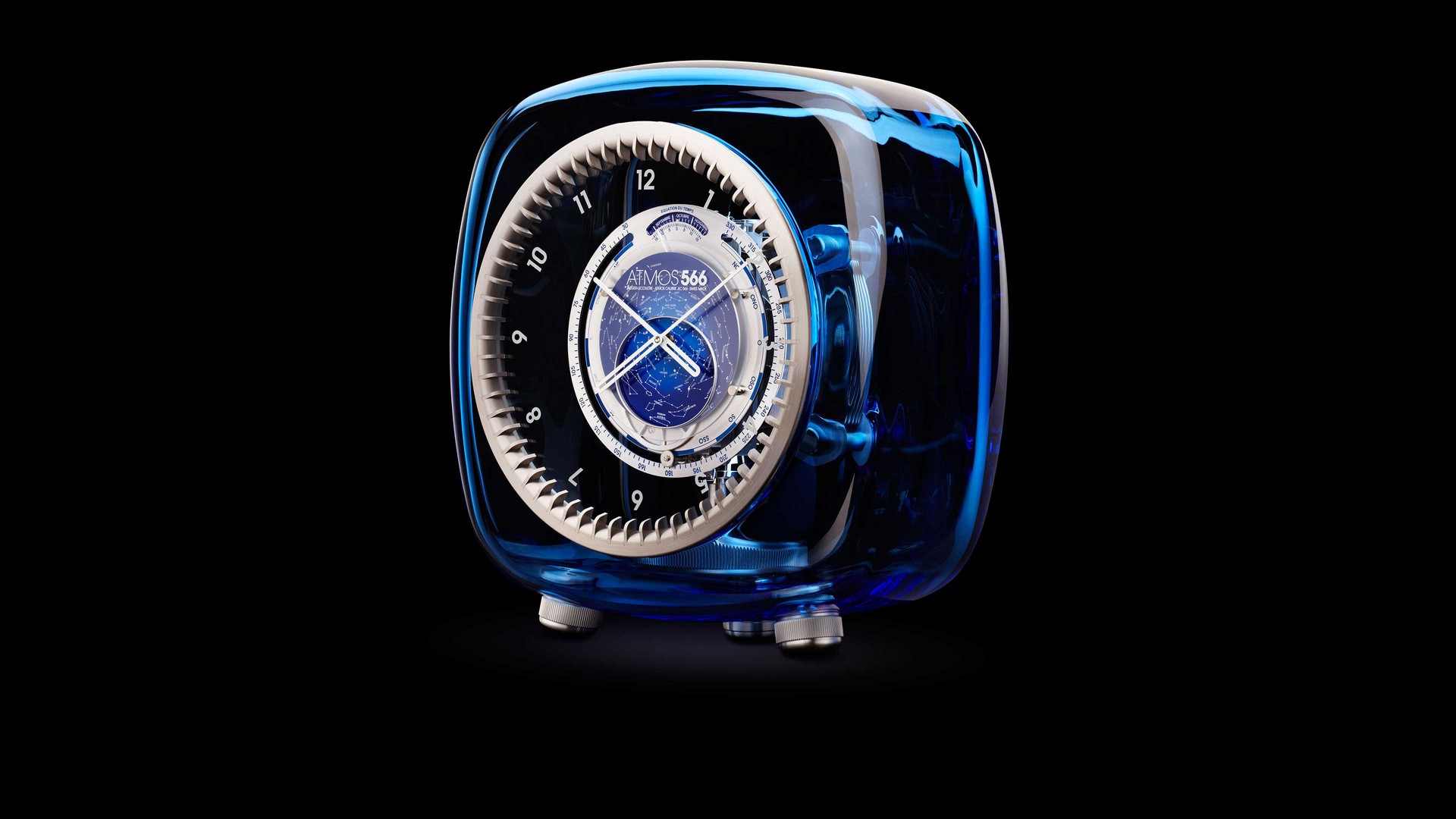 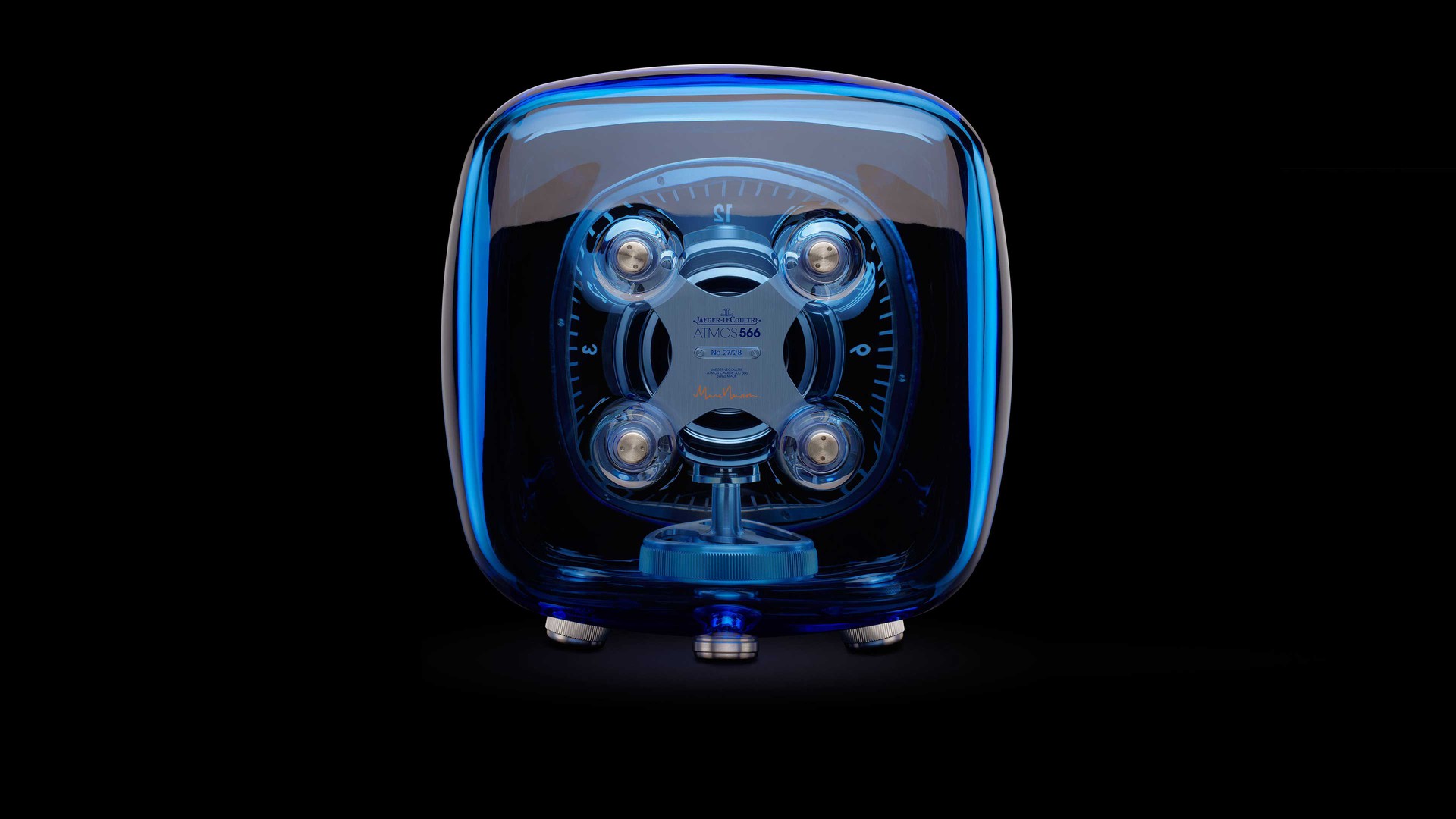 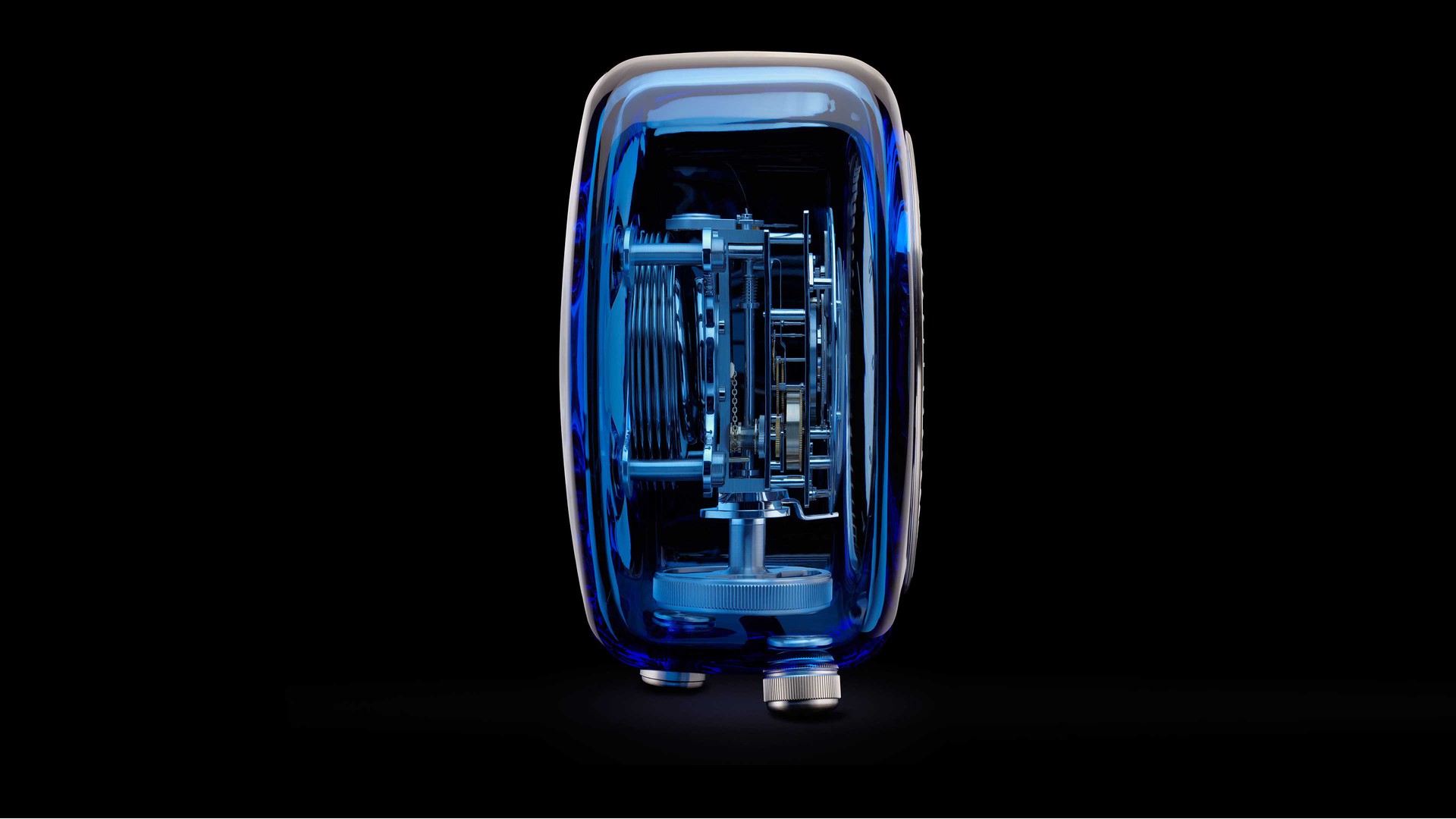 Following on from the success of the Atmos 561, Jaeger-LeCoultre approached Marc to reinterpret the Calibre 566 which was featured in the Atmos Astronomique in 2008. The Atmos 566 by Marc Newson is housed in a bespoke hand-blown Baccarat case, acting to protect the precious mechanism which appears to float suspended as if by magic and includes a sky chart depicting the Northern Hemisphere along with the cardinal point and zodiac signs.