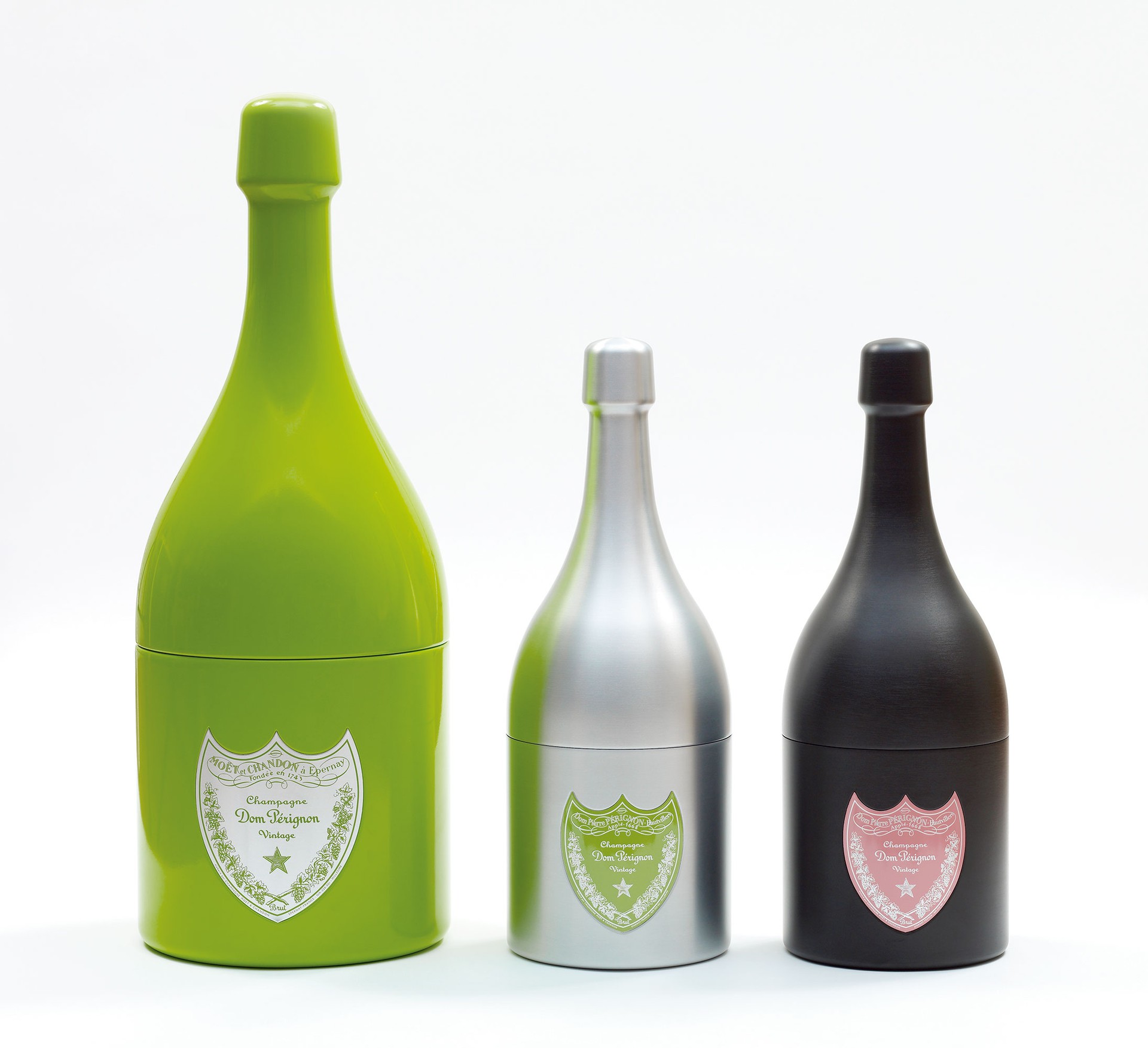 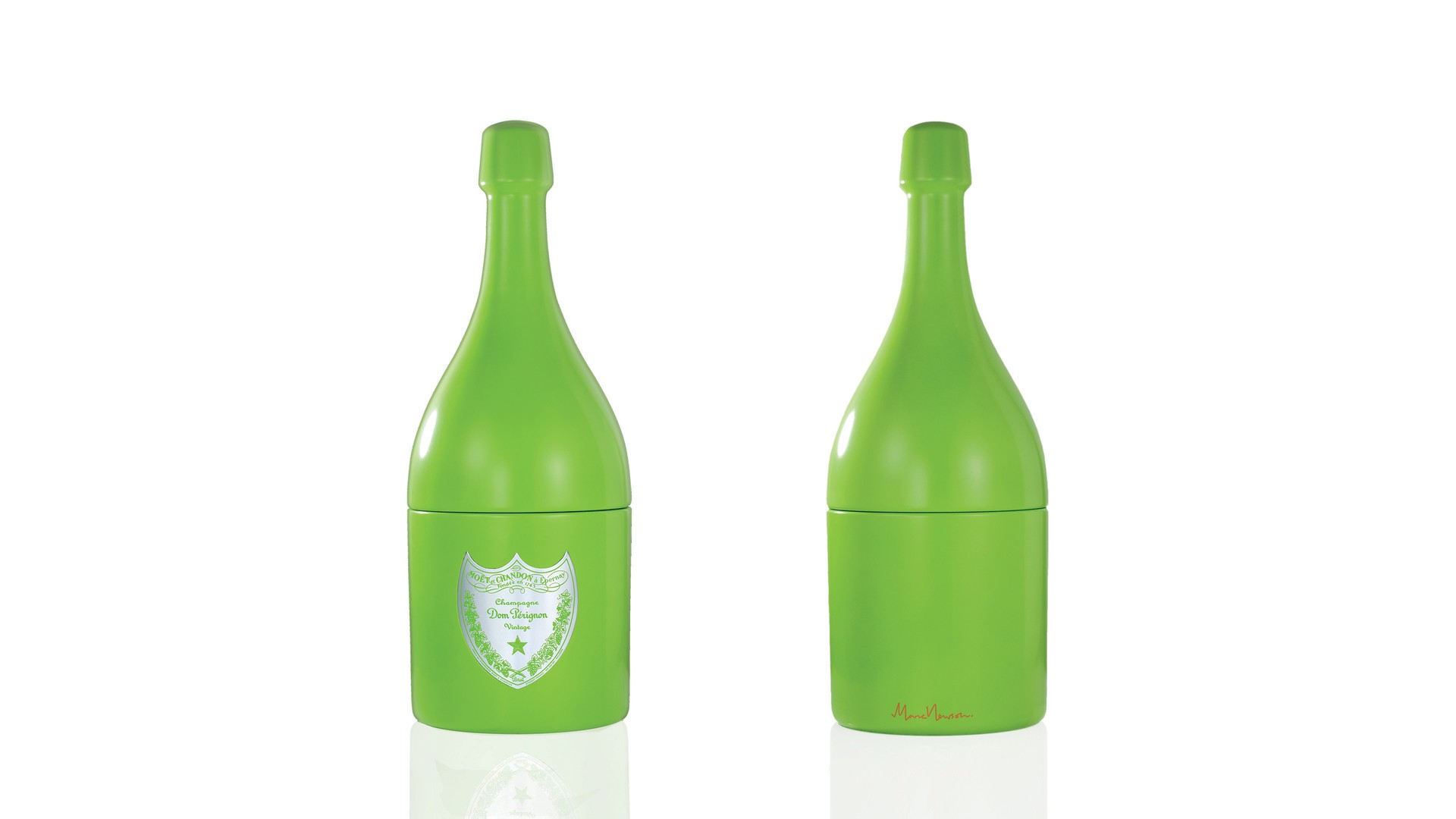 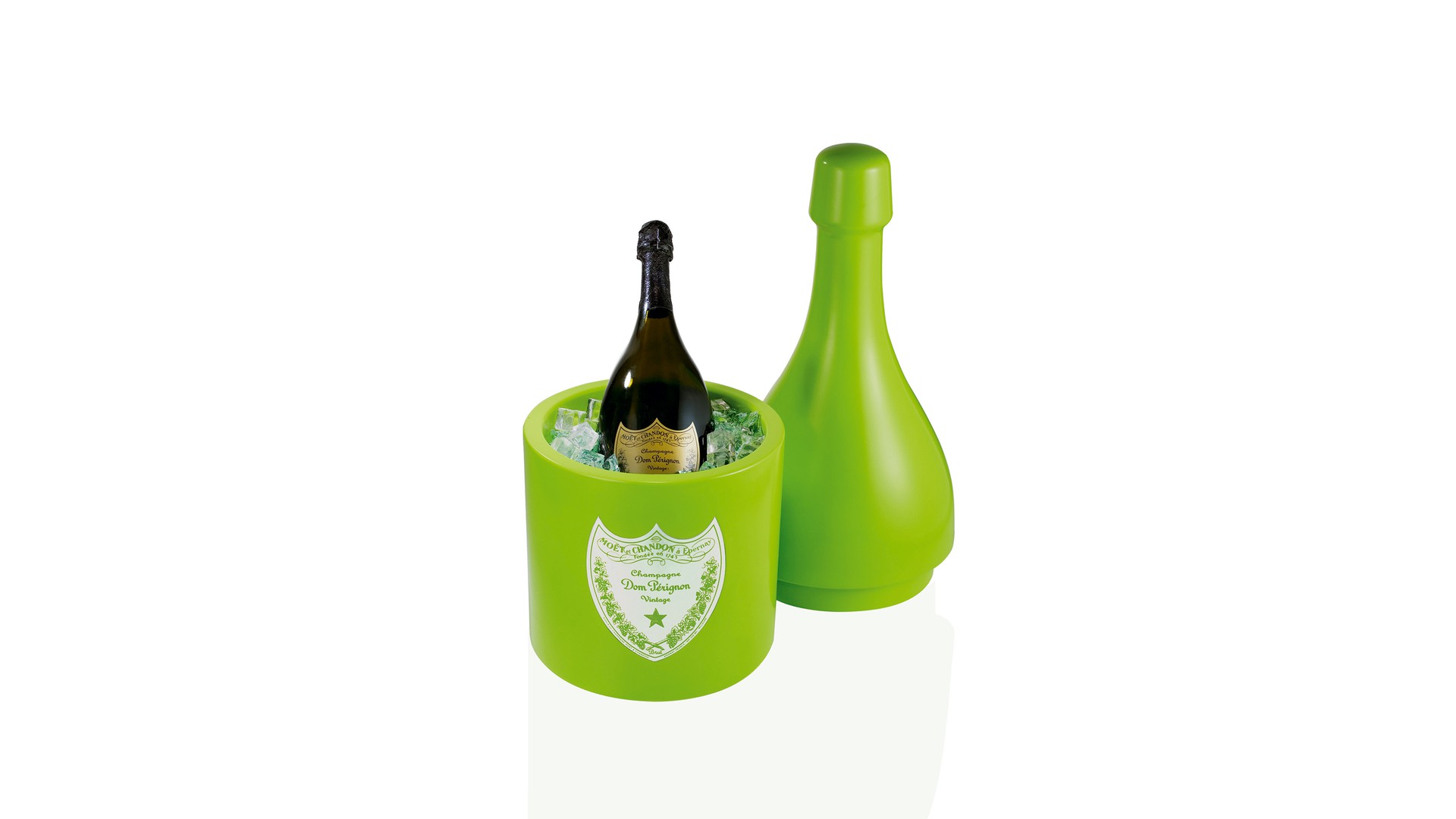 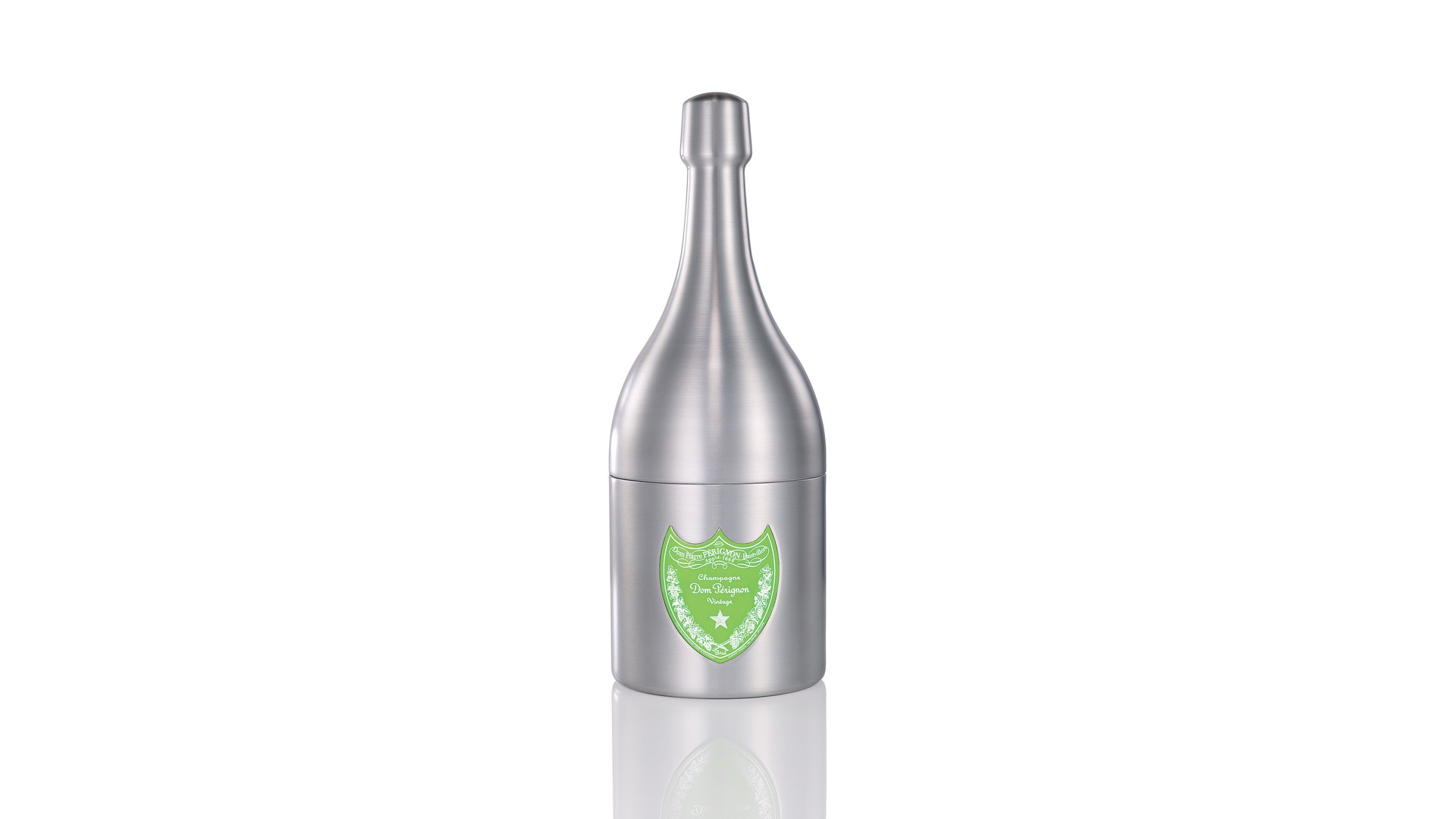 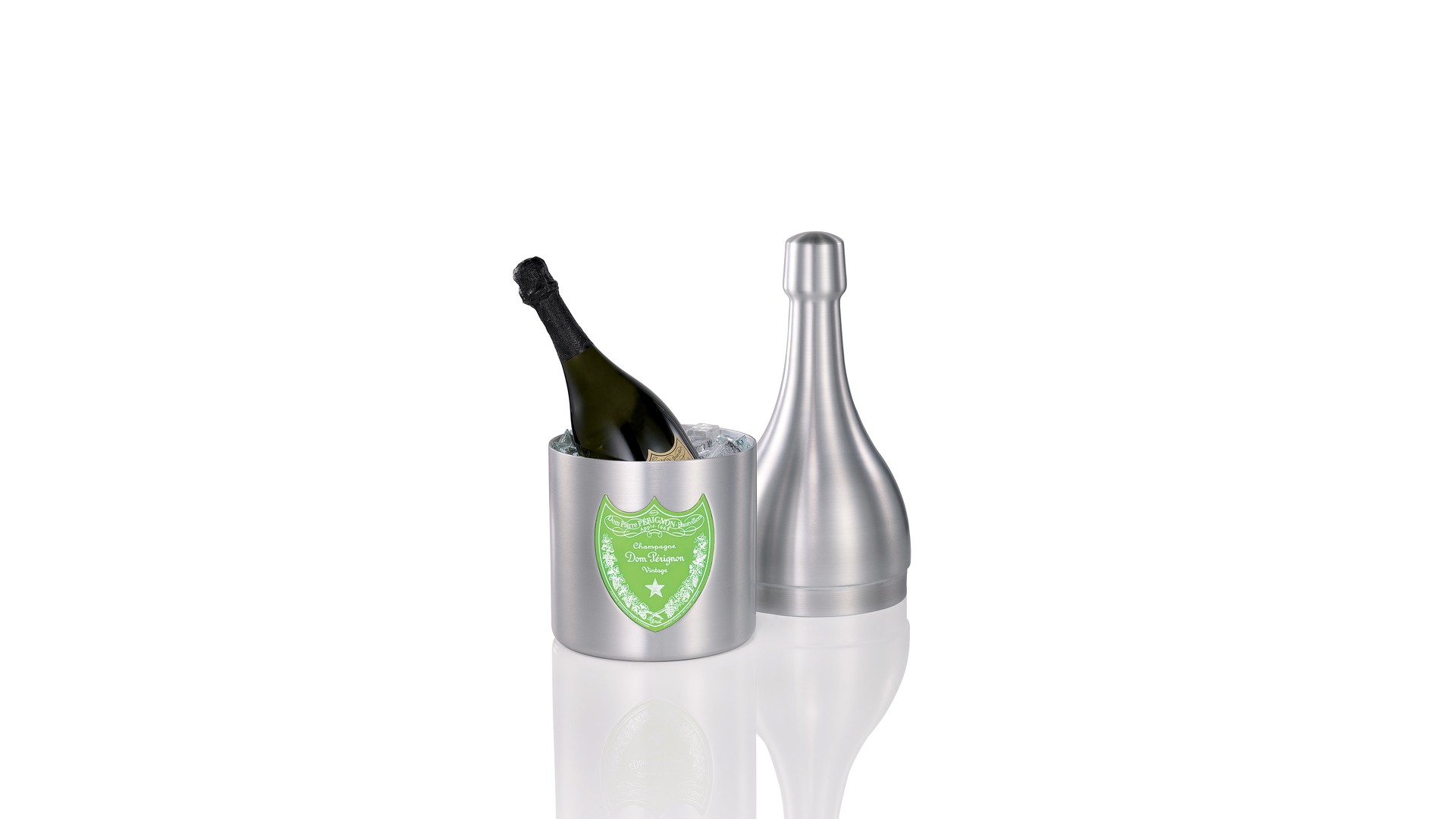 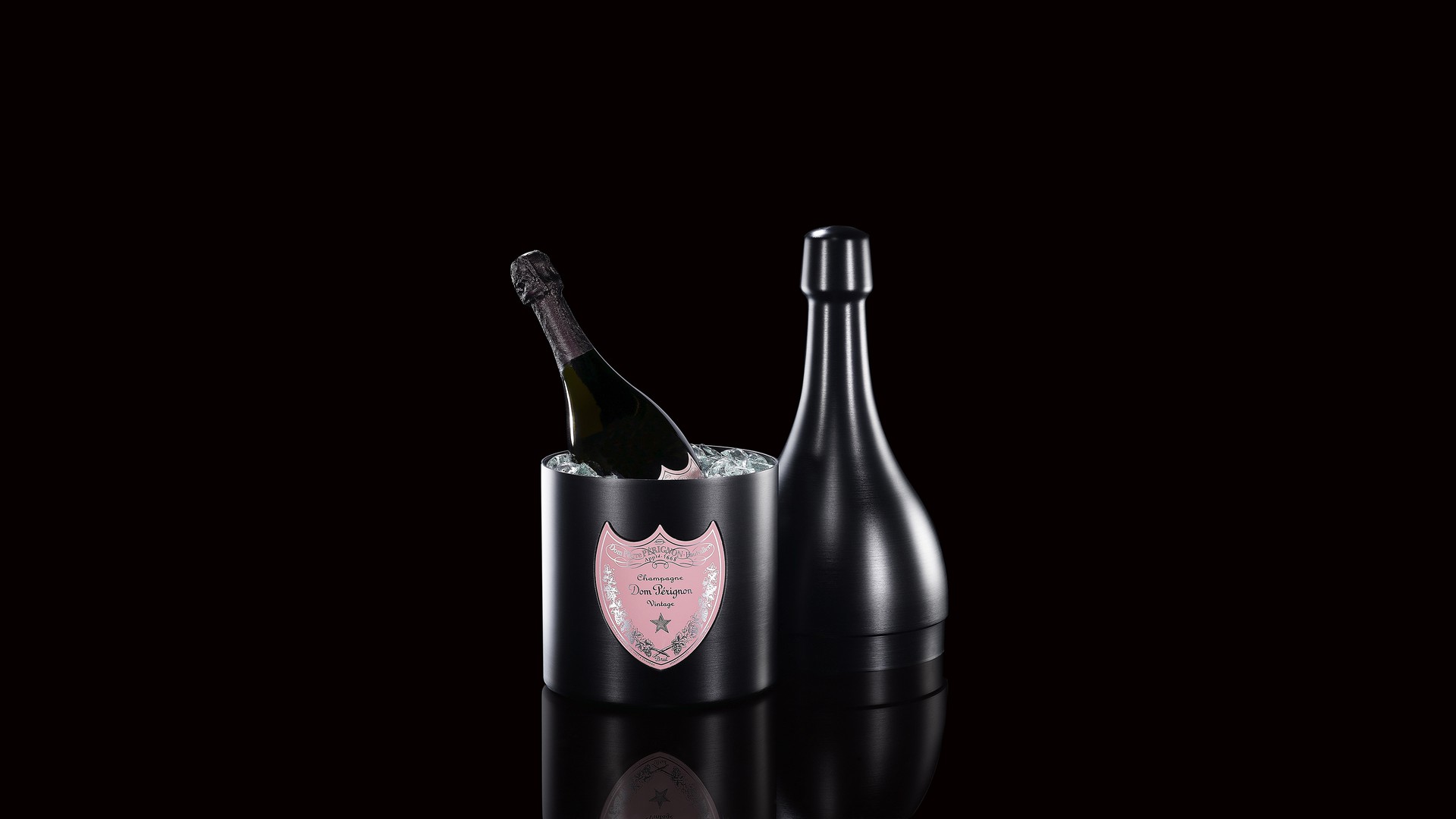 In 2006, Dom Pérignon commissioned Marc to create an object that housed the new magnum bottle for the 1999 Millésime.

The concept was a container resembling a Russian doll whose bottom half functions as a champagne bucket. Taking the shape of the bottle as inspiration, Marc scaled the container to a larger-than-life size and chose to finish the object in acid green coloured lacquer, a modern interpretation of Dom Pérignon’s strong association with the colour green. The limited edition of 1,000 sold out and became an instant collector’s item.

“My response to the brief was to try to identify what was so special about Dom Pérignon visually, culturally, historically, and qualitatively. For me what really stood out was the incredibly distinctive shape and colour of the bottle, so I used that as my launch pad and wanted to do something that was cool, but that said something about the heritage of the brand. It had to be modern.”

Following on from the success of the first limited edition, it was decided that Dom Pérignon would produce another version of the bucket for the 2000 vintage, with the intention that this would be a slightly smaller object. Marc reversed the logo, making it the bright green element, so the two products would be coherent. At the same time, a satin black version for the 1996 Rosé was also produced.