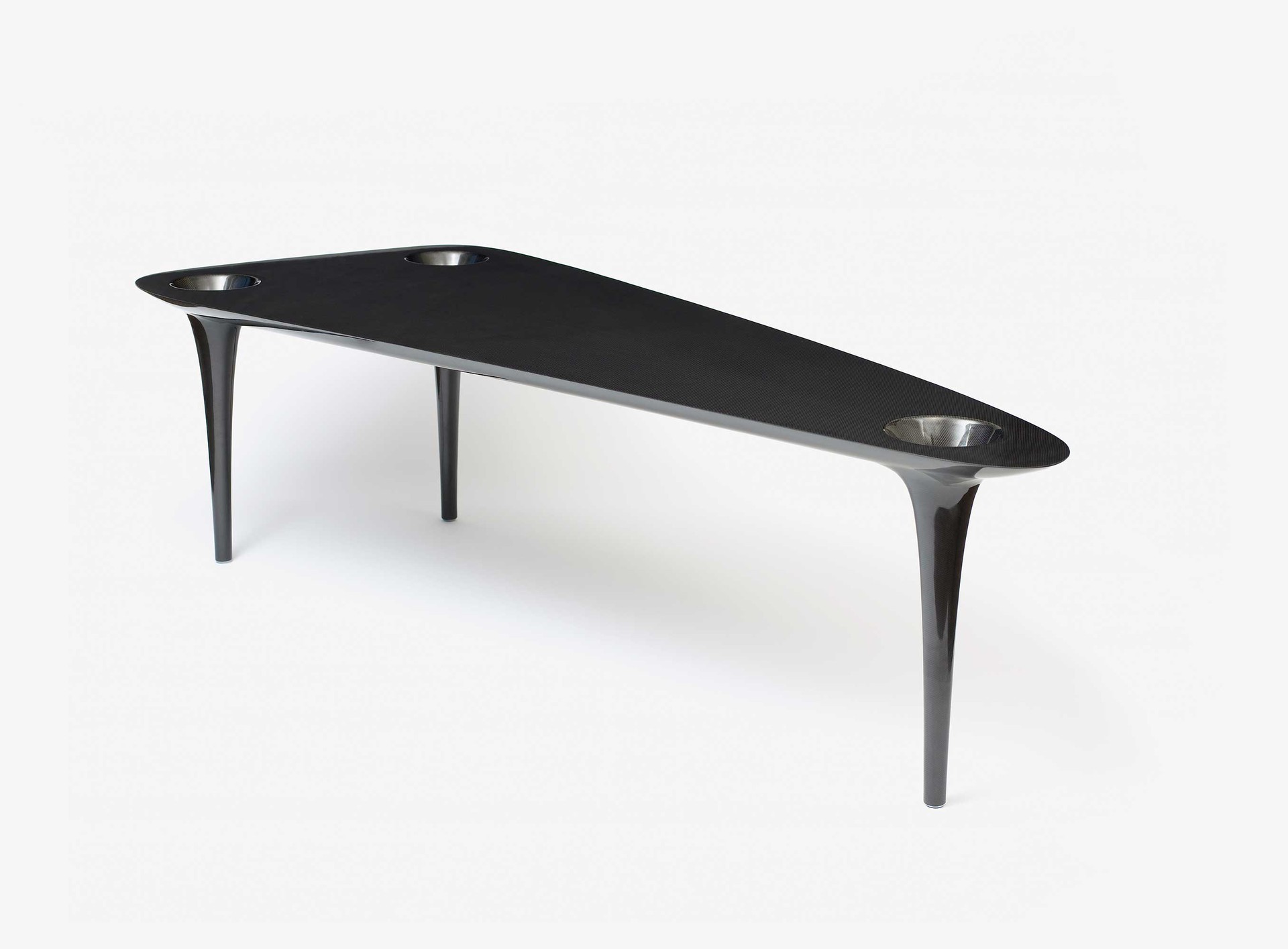 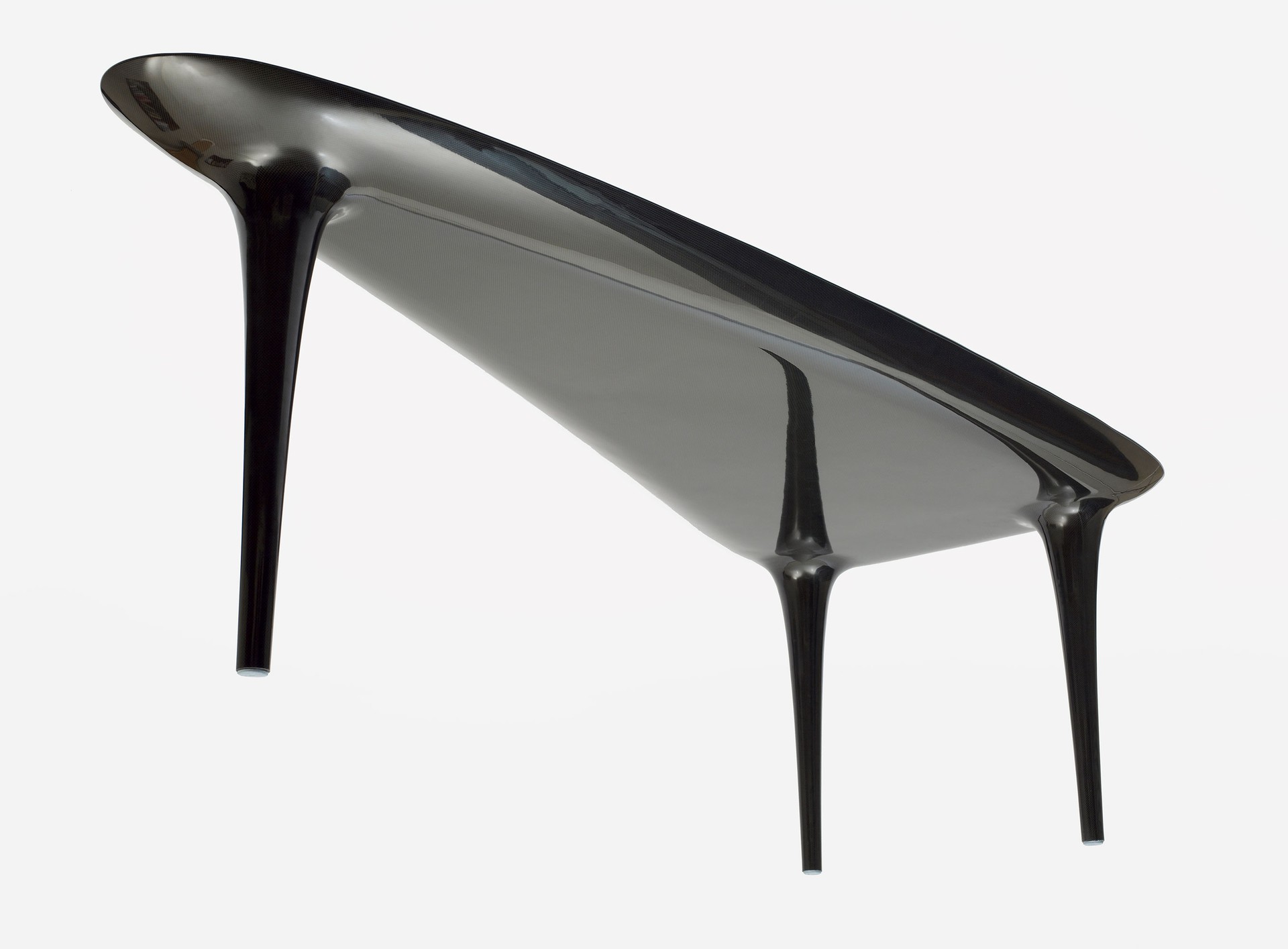 The Black Hole directly addresses Marc’s abiding interest in outer space, and inner too. The partially hollow legs of each table, like funnels, are conceptual renderings of black holes. “Both my sculptural work and the production furniture have always had as much to do with what is not there as what is there—the voids, the interior spaces, the things that you don’t see.”

The Idée edition was made by some Japanese surfboard makers Marc had met whilst living in Japan and who had experience of working with carbon fibre. The Black Hole Table was carved out of polyurethane, then laminated with carbon fibre on the top and fiberglass on the bottom (the latter being a cost-cutting choice taken by the surfers); the legs were fabricated separately using a mould.

Only originally producing a handful of tables, Marc was unsatisfied with the quality and he later produced an edition of 10 plus 2 artist’s proofs in France achieving an entire surface made of carbon fibre and meeting his exacting specifications.