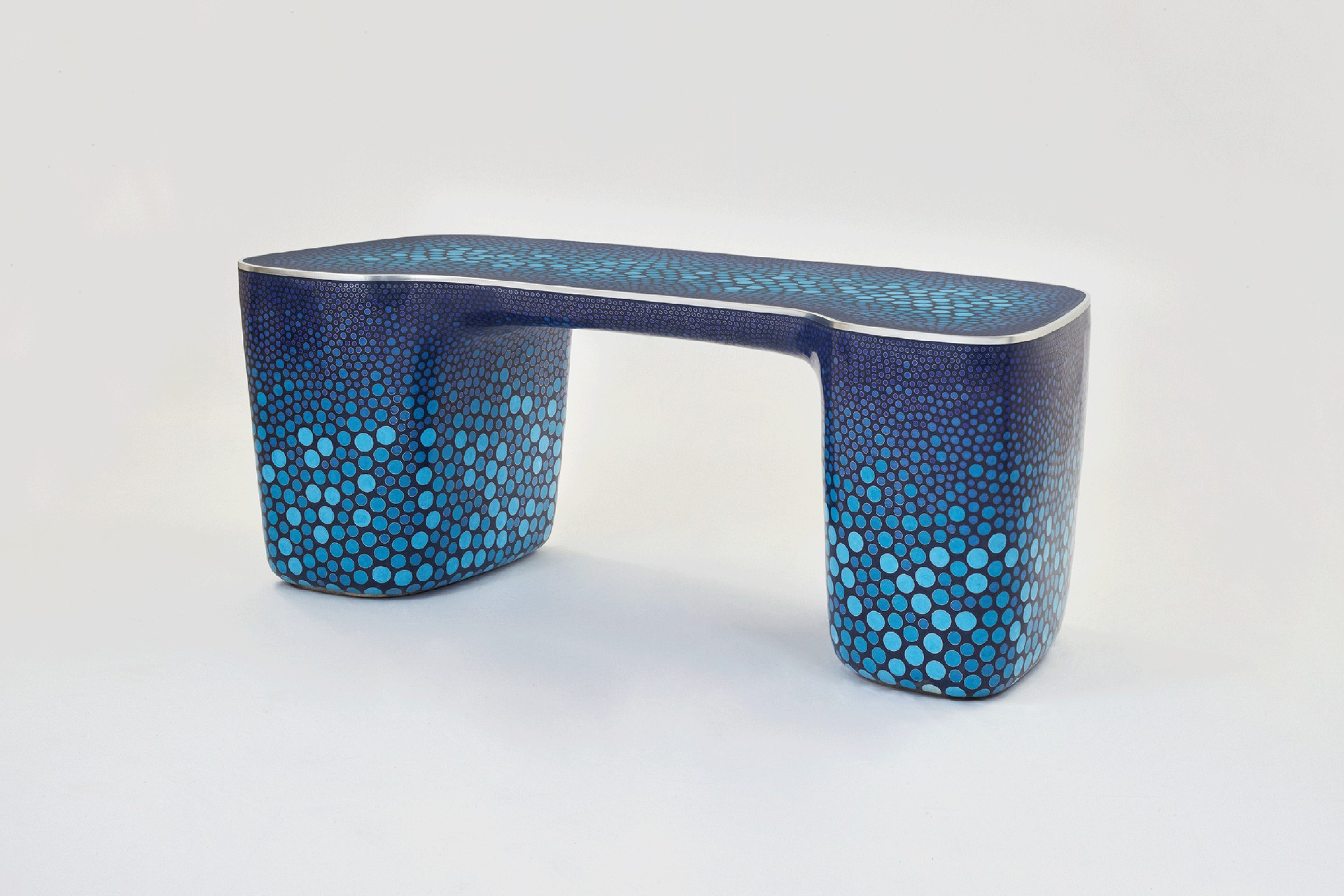 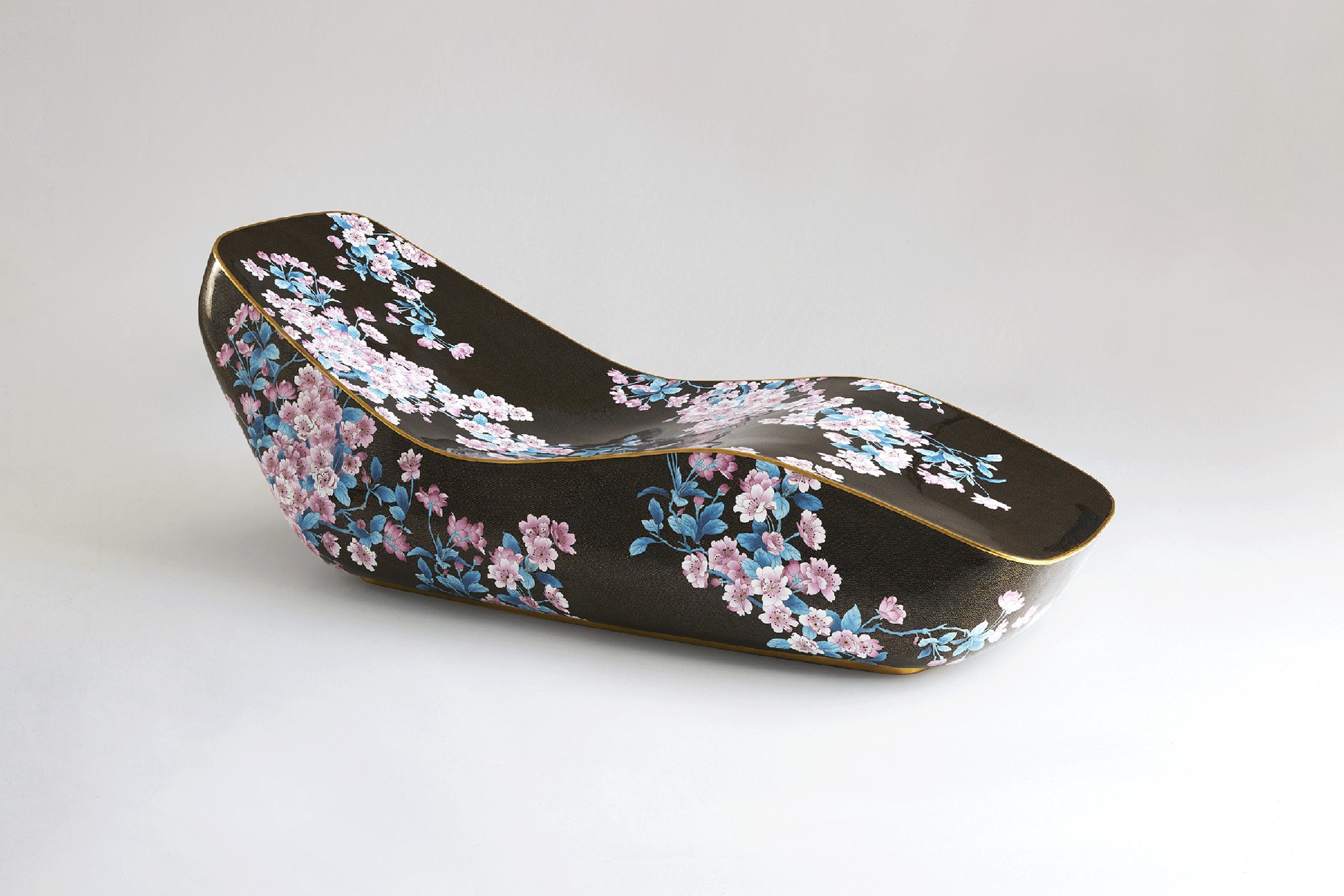 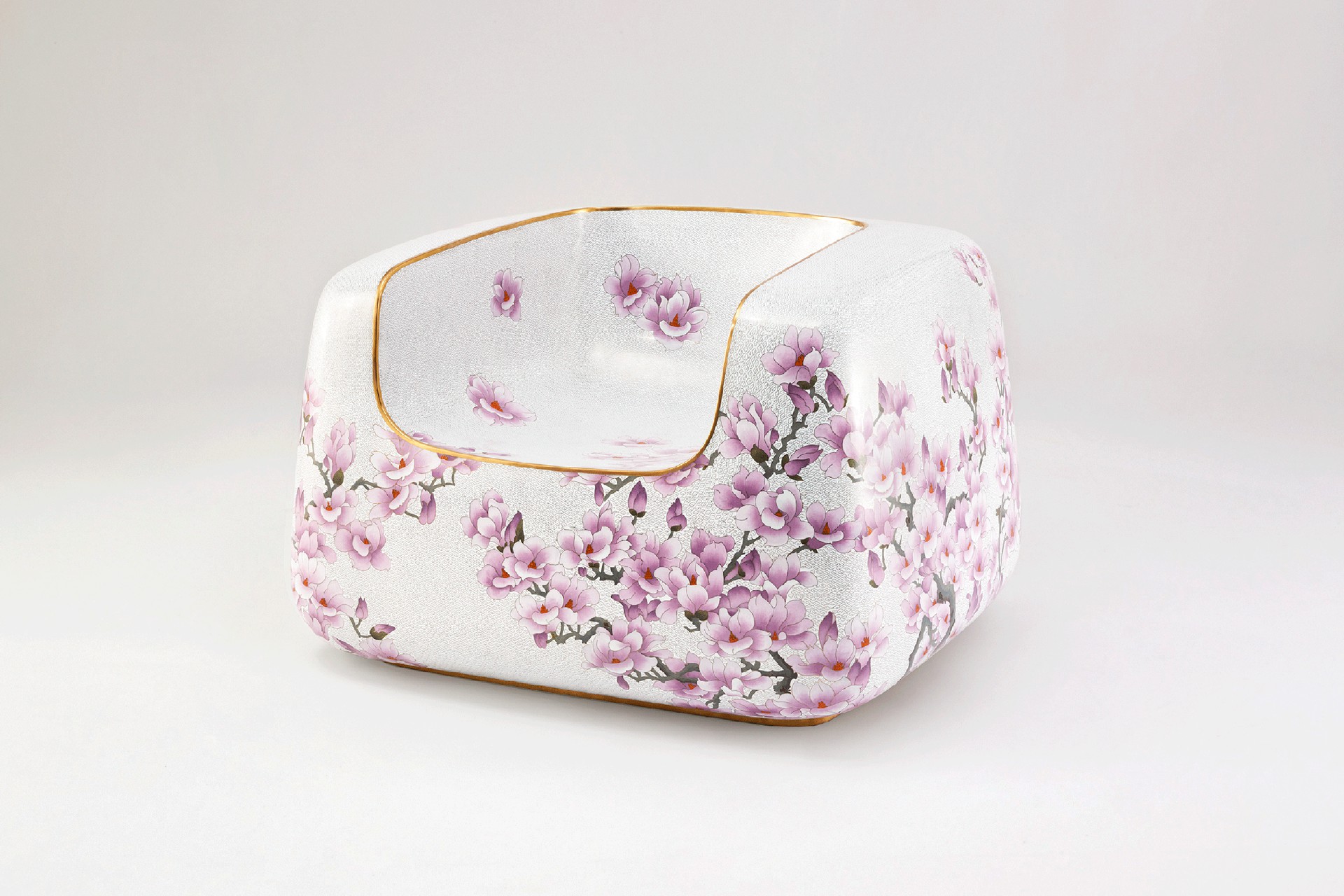 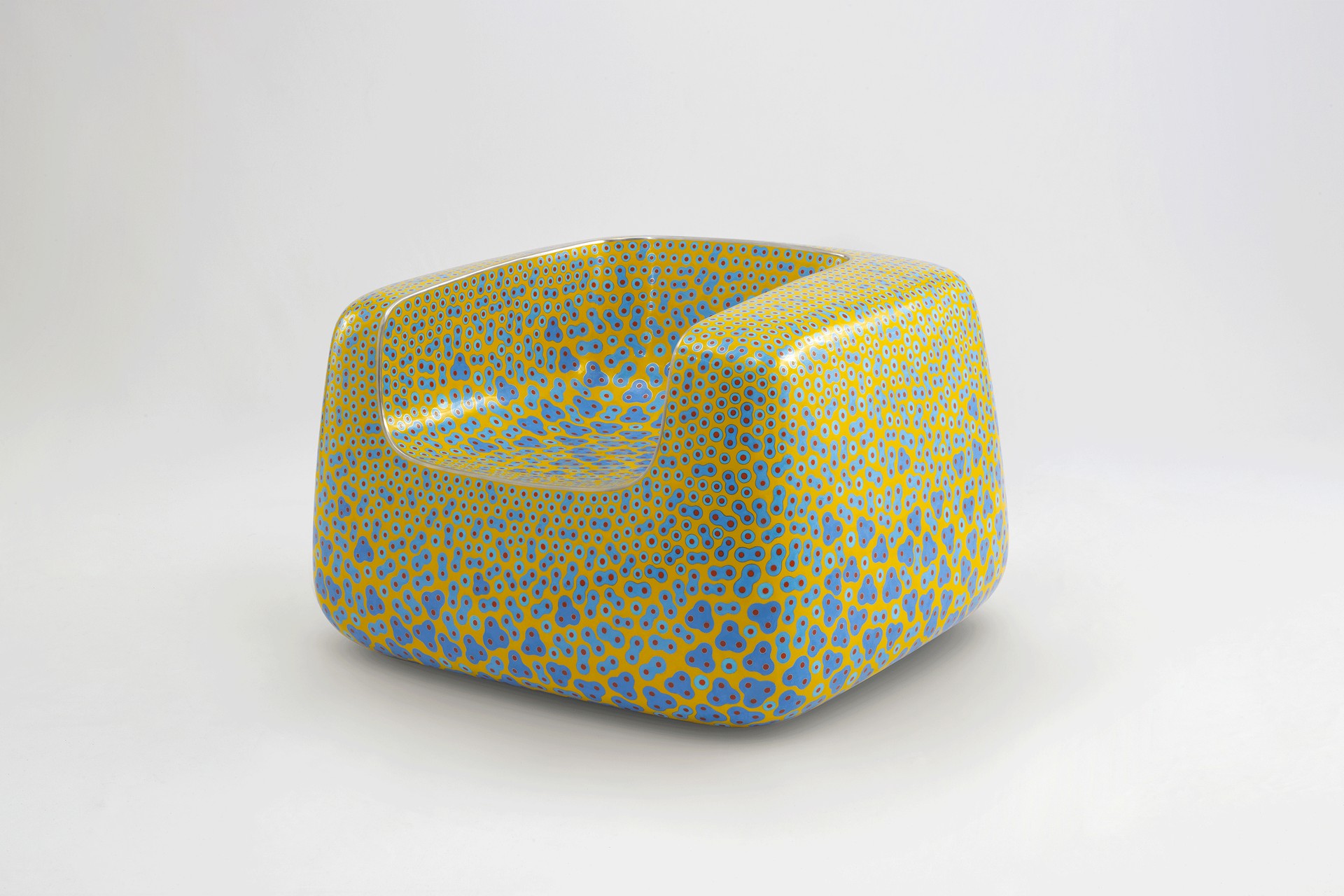 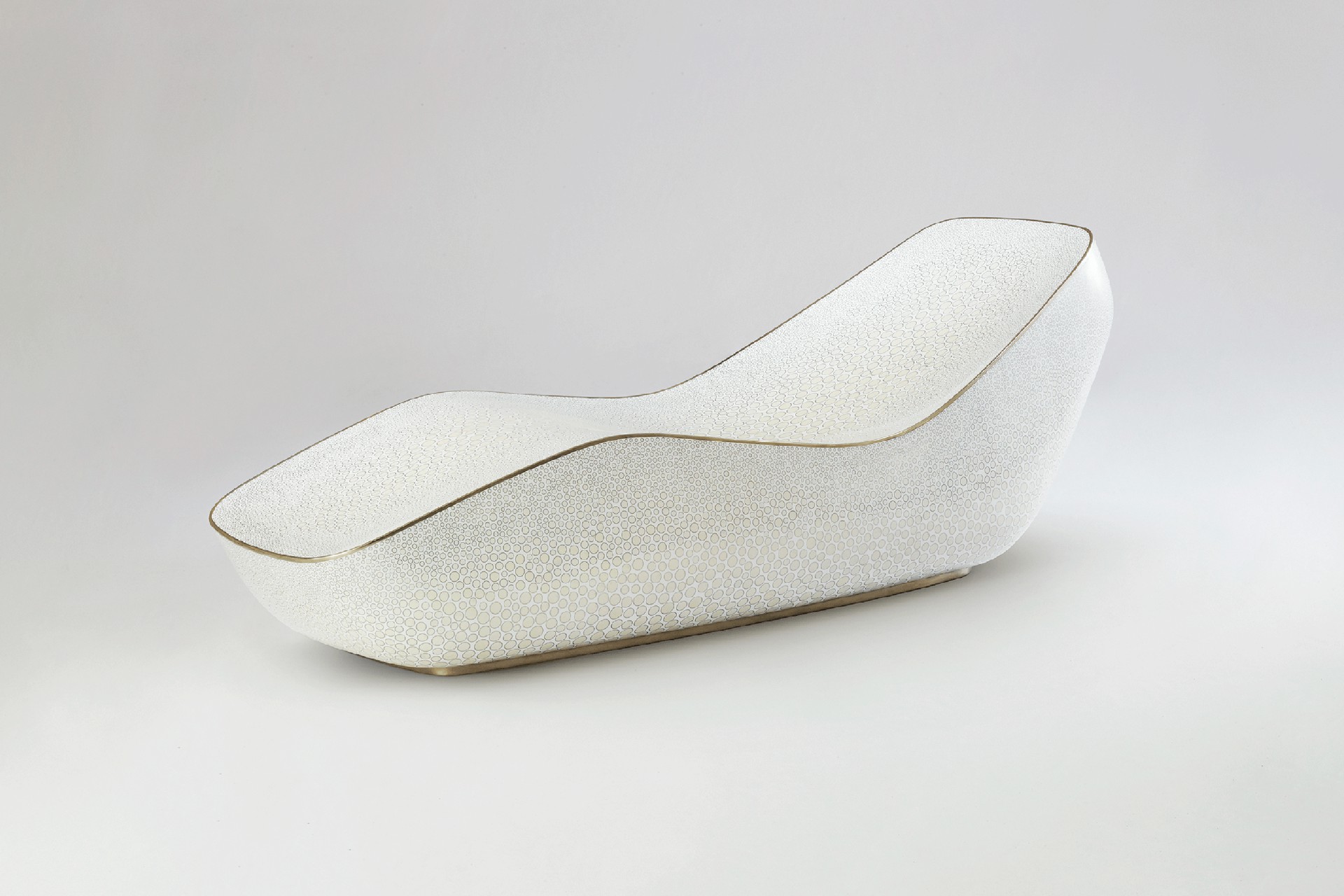 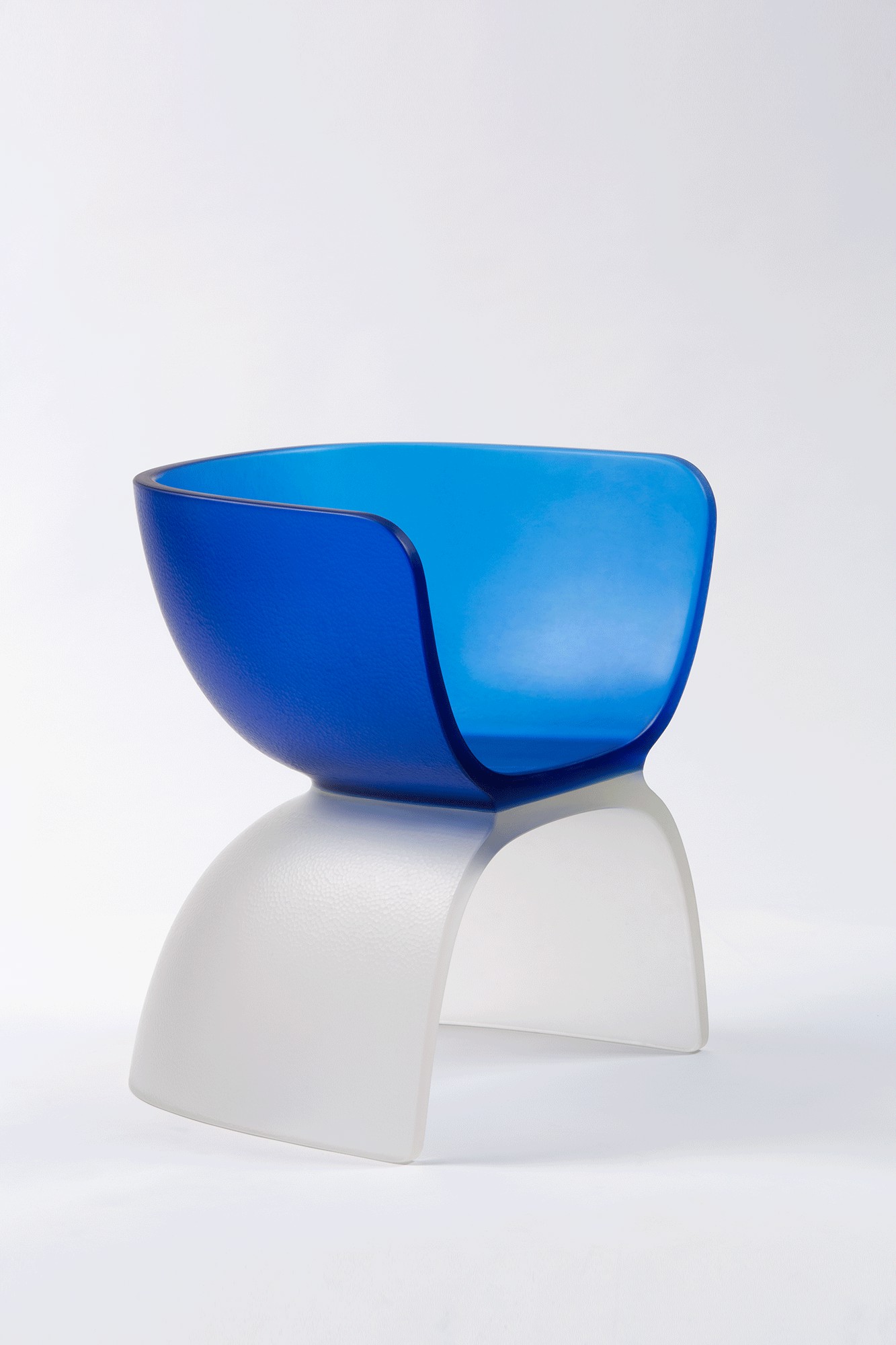 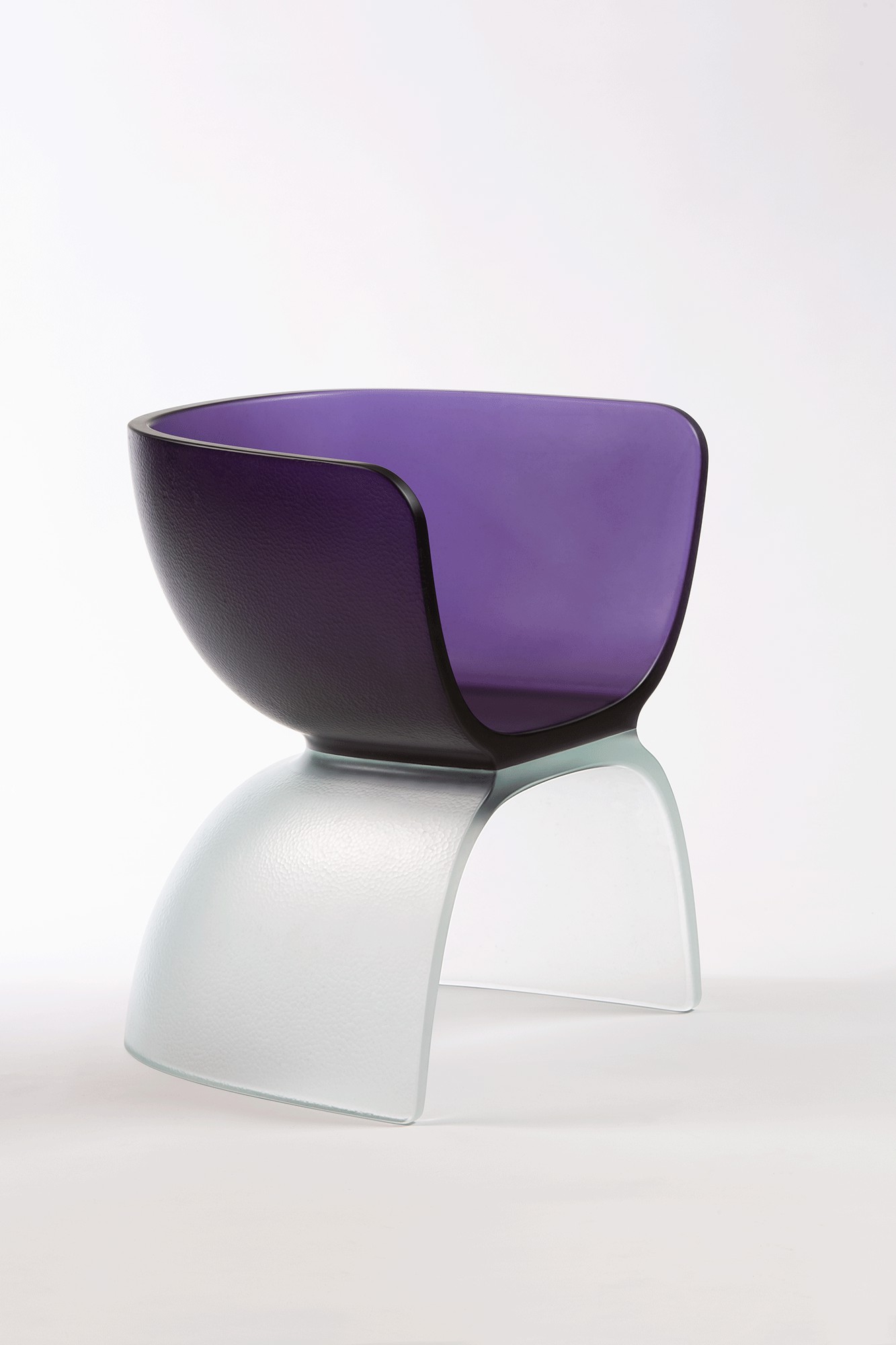 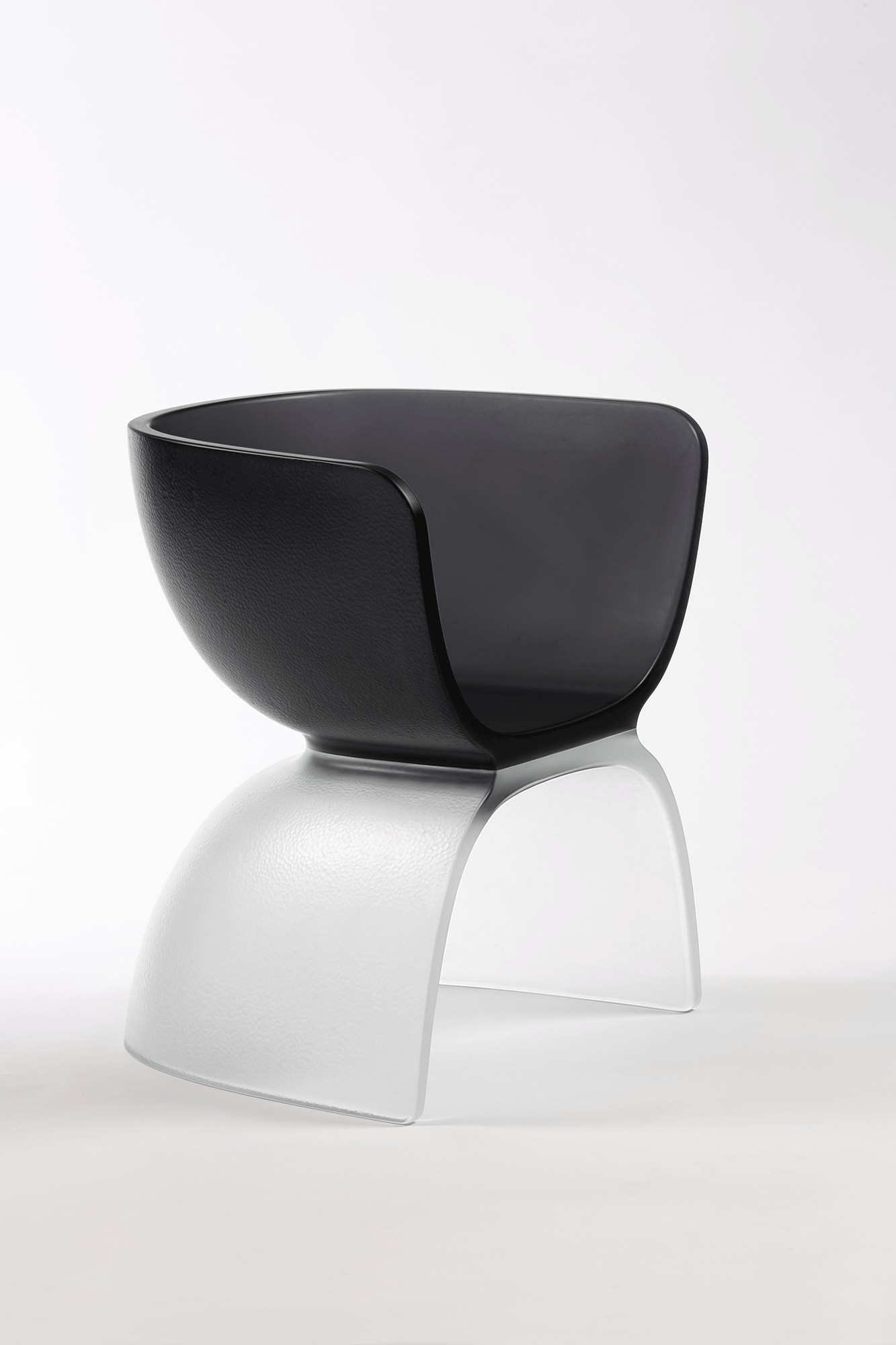 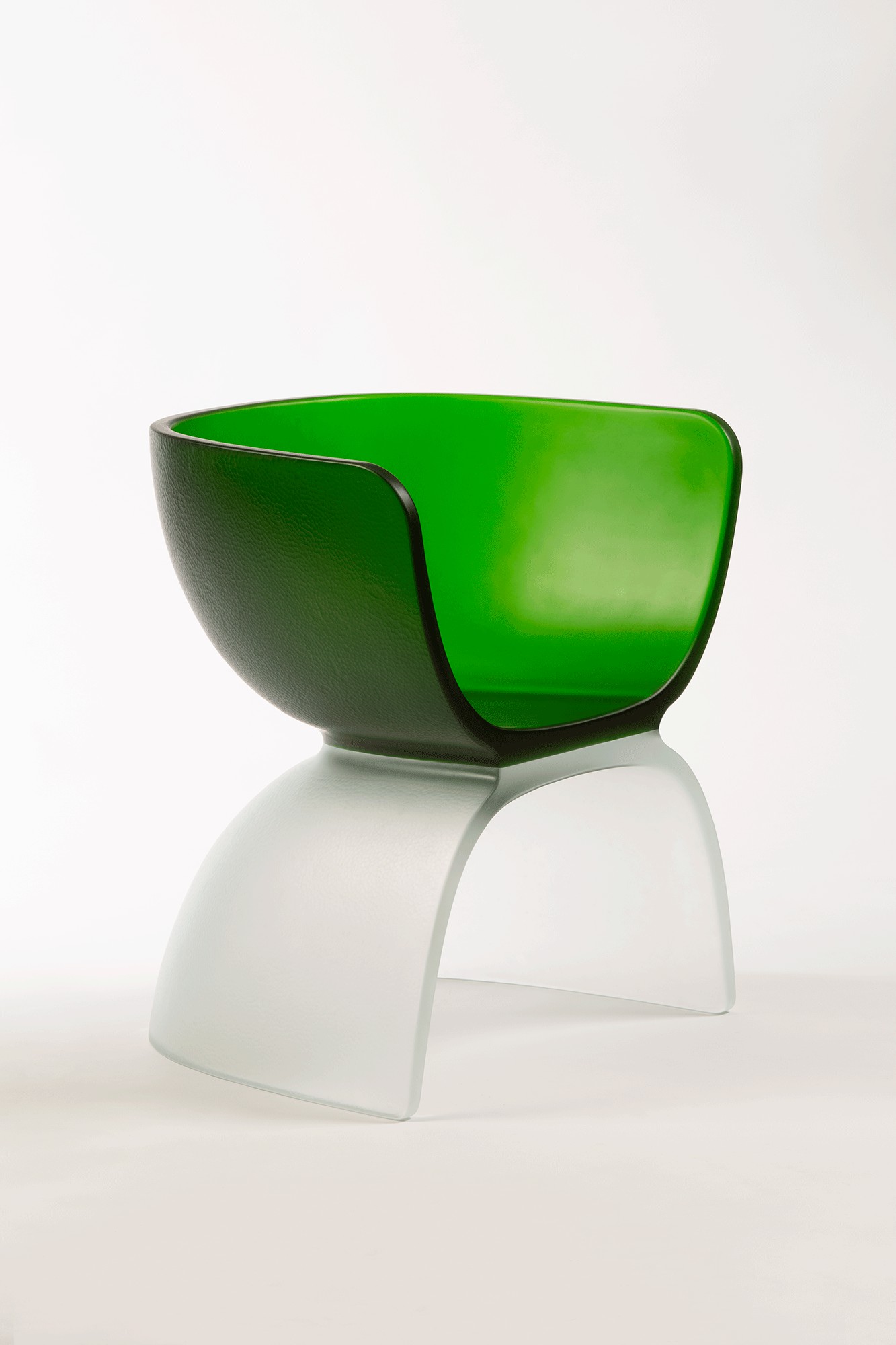 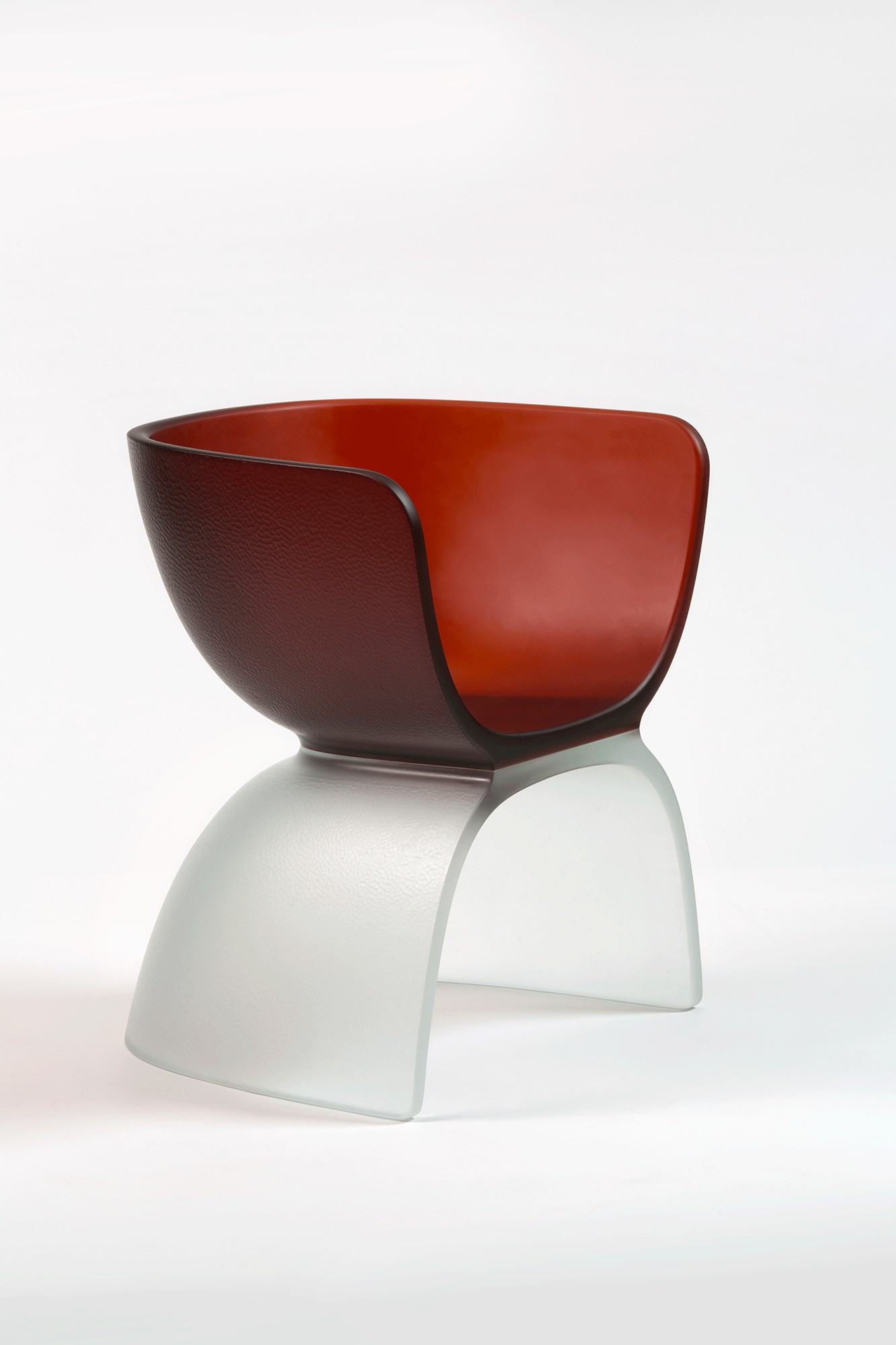 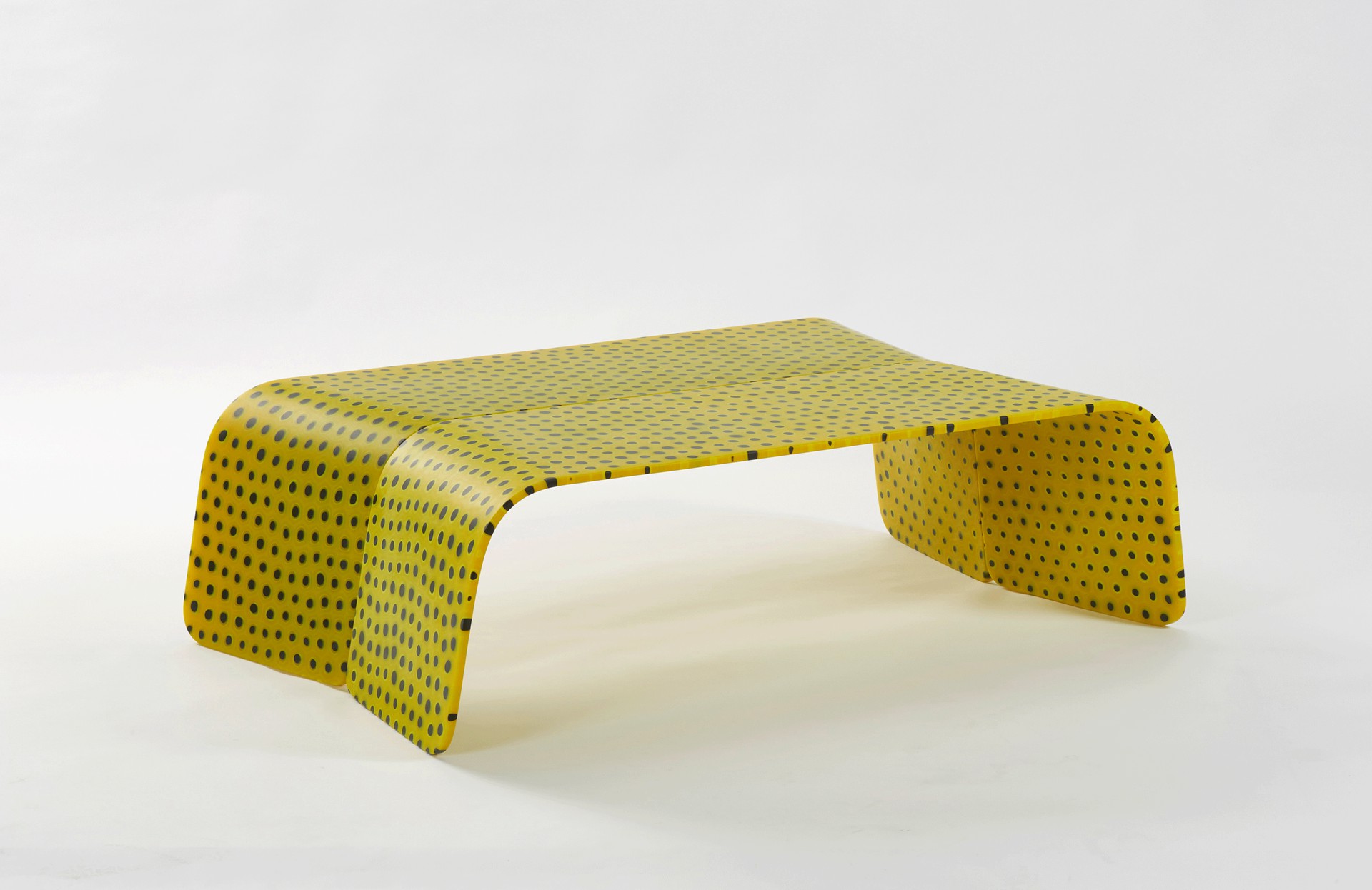 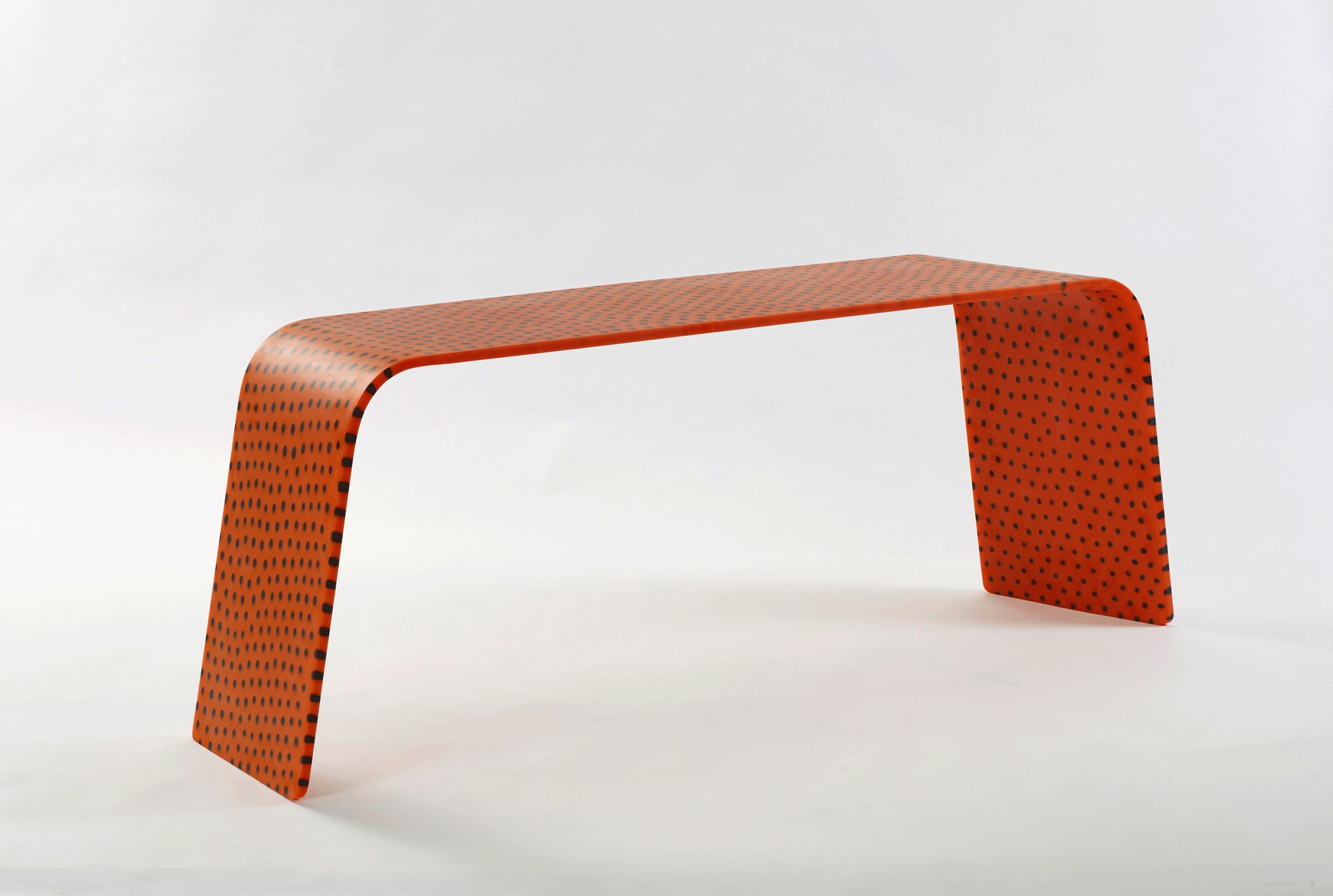 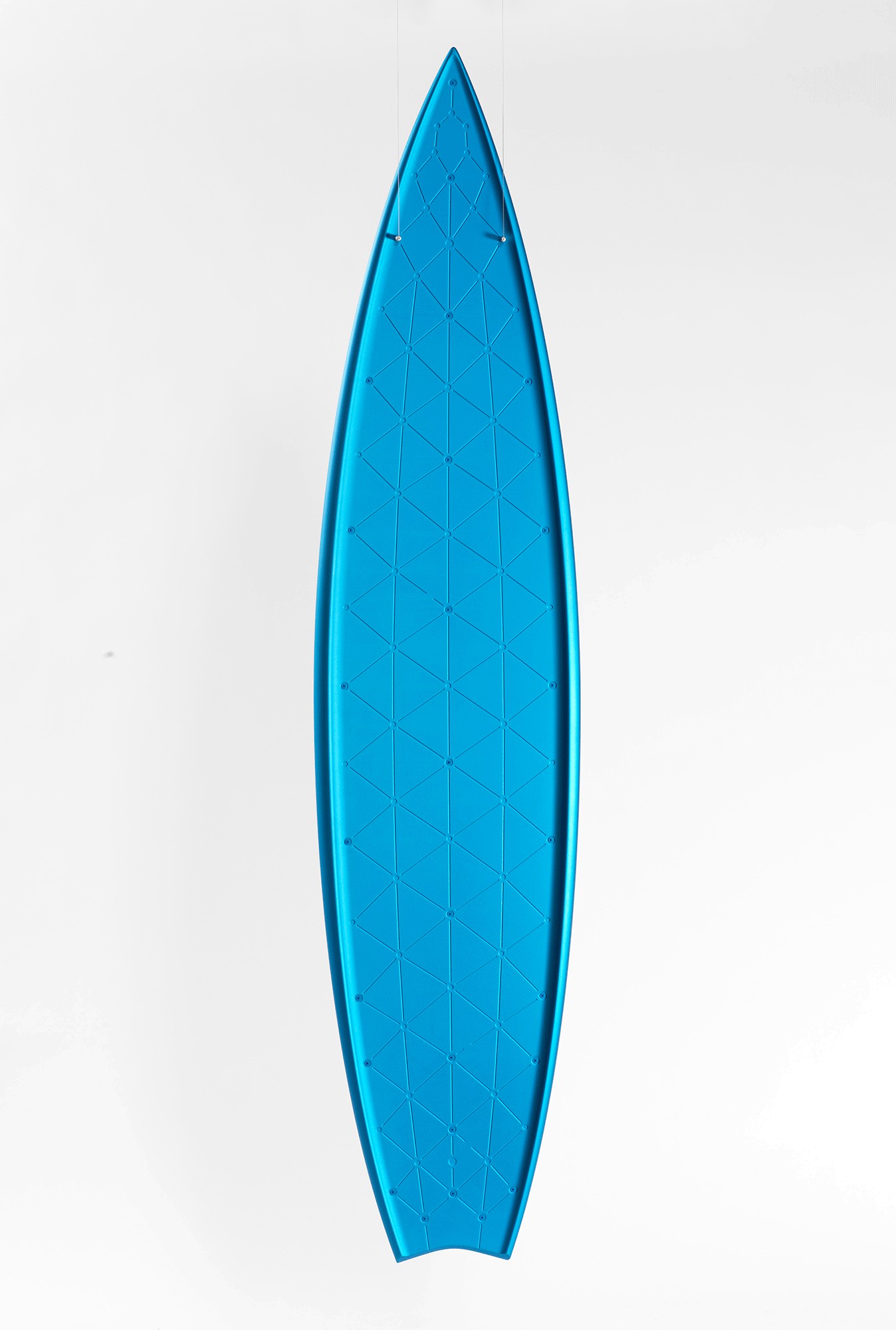 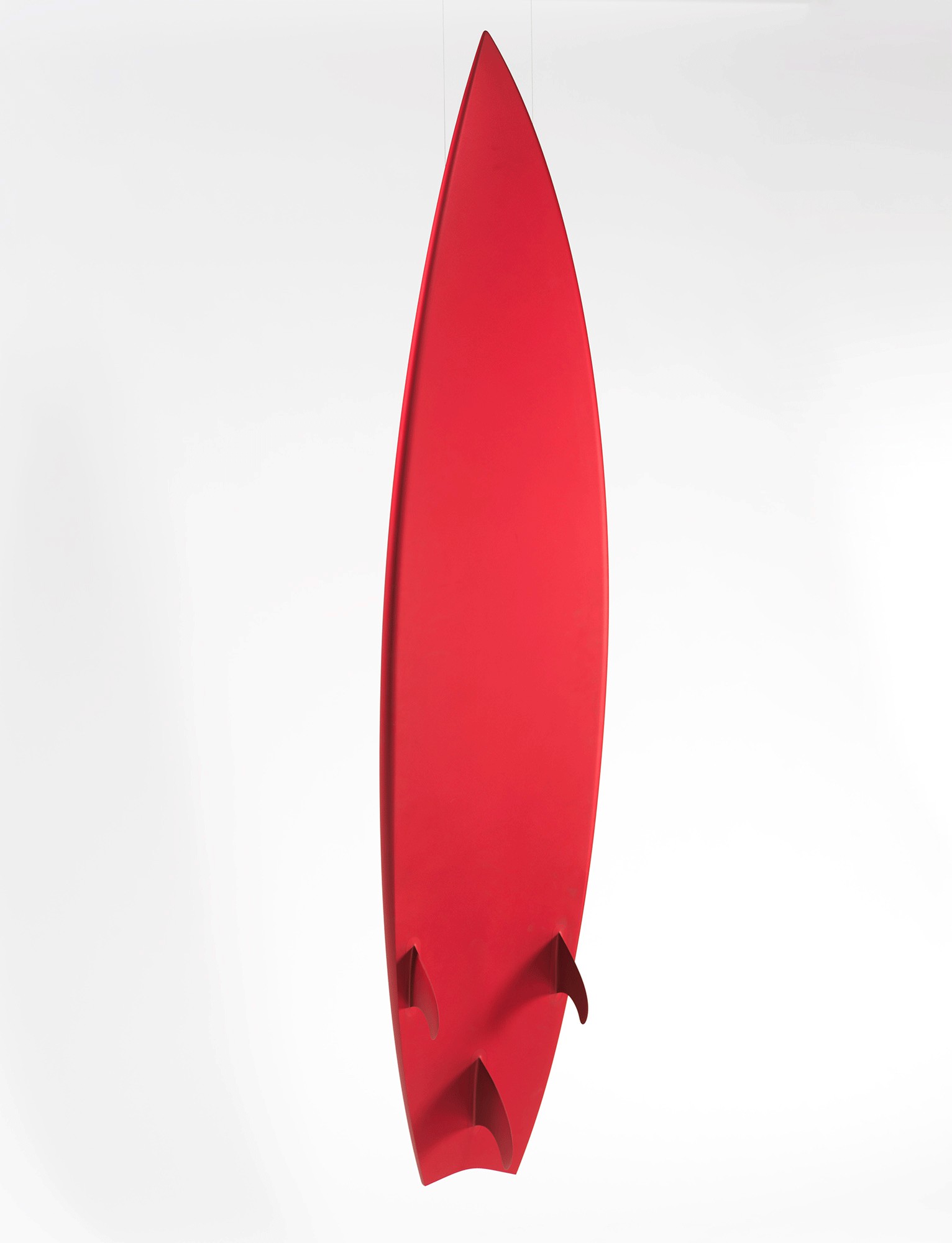 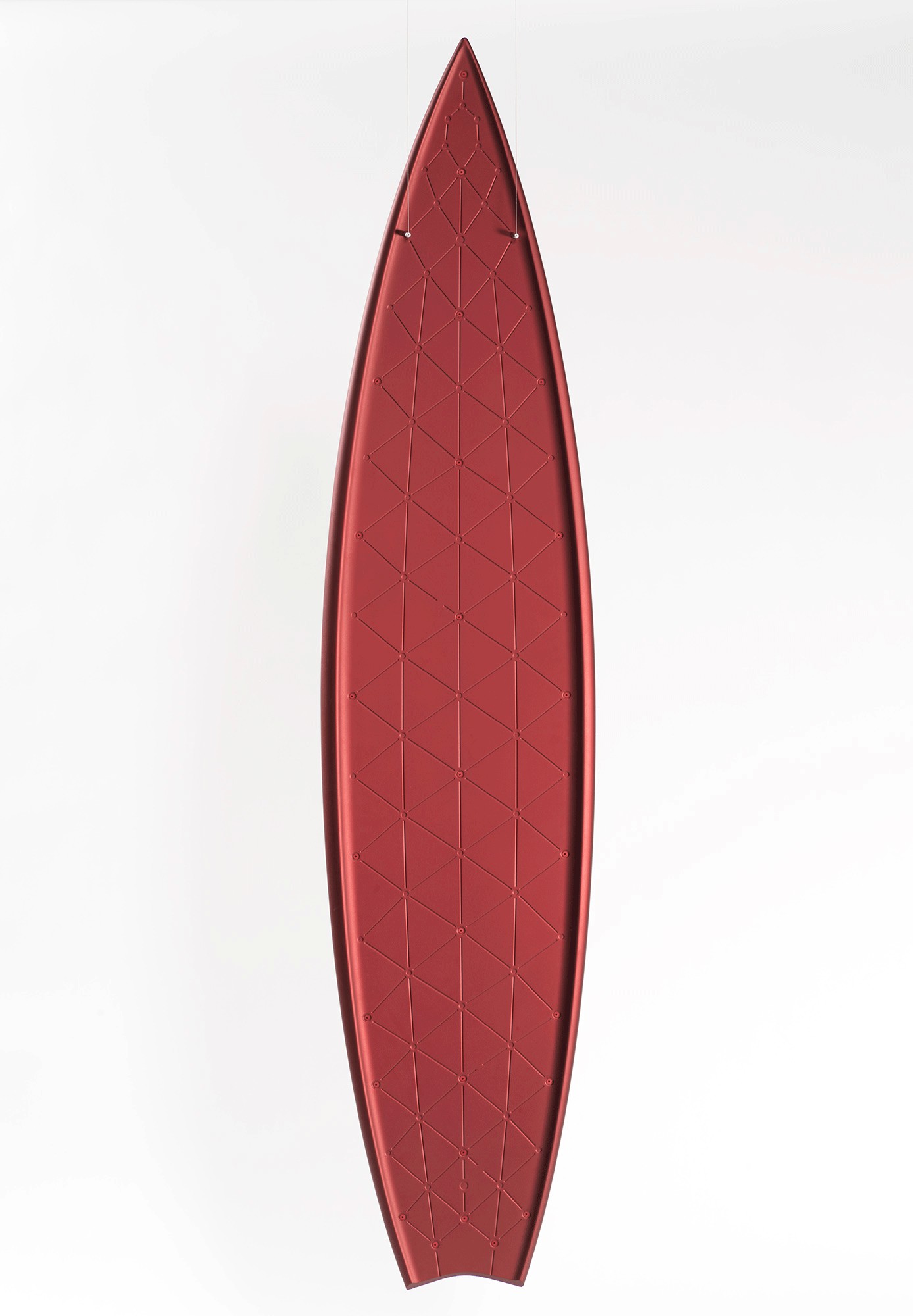 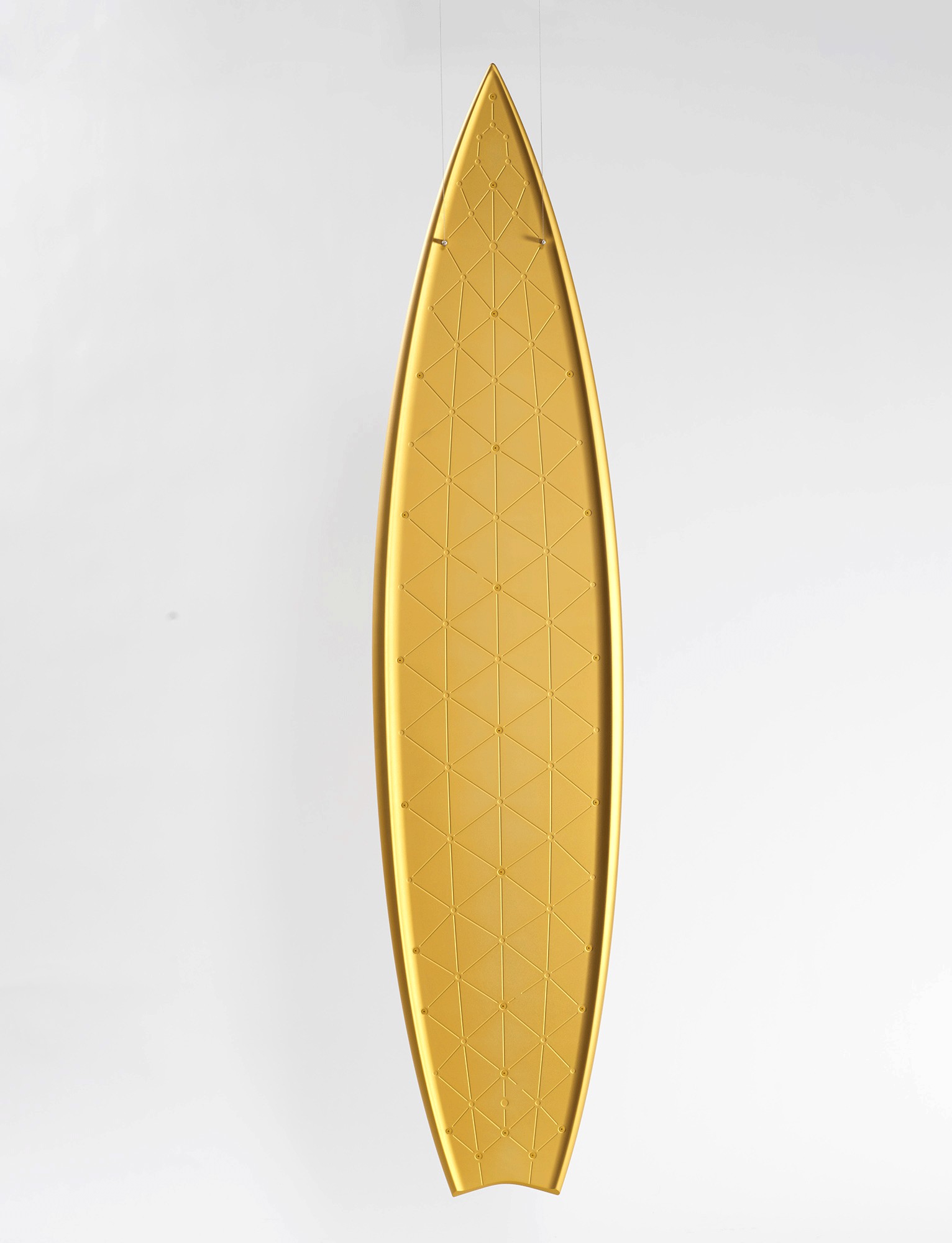 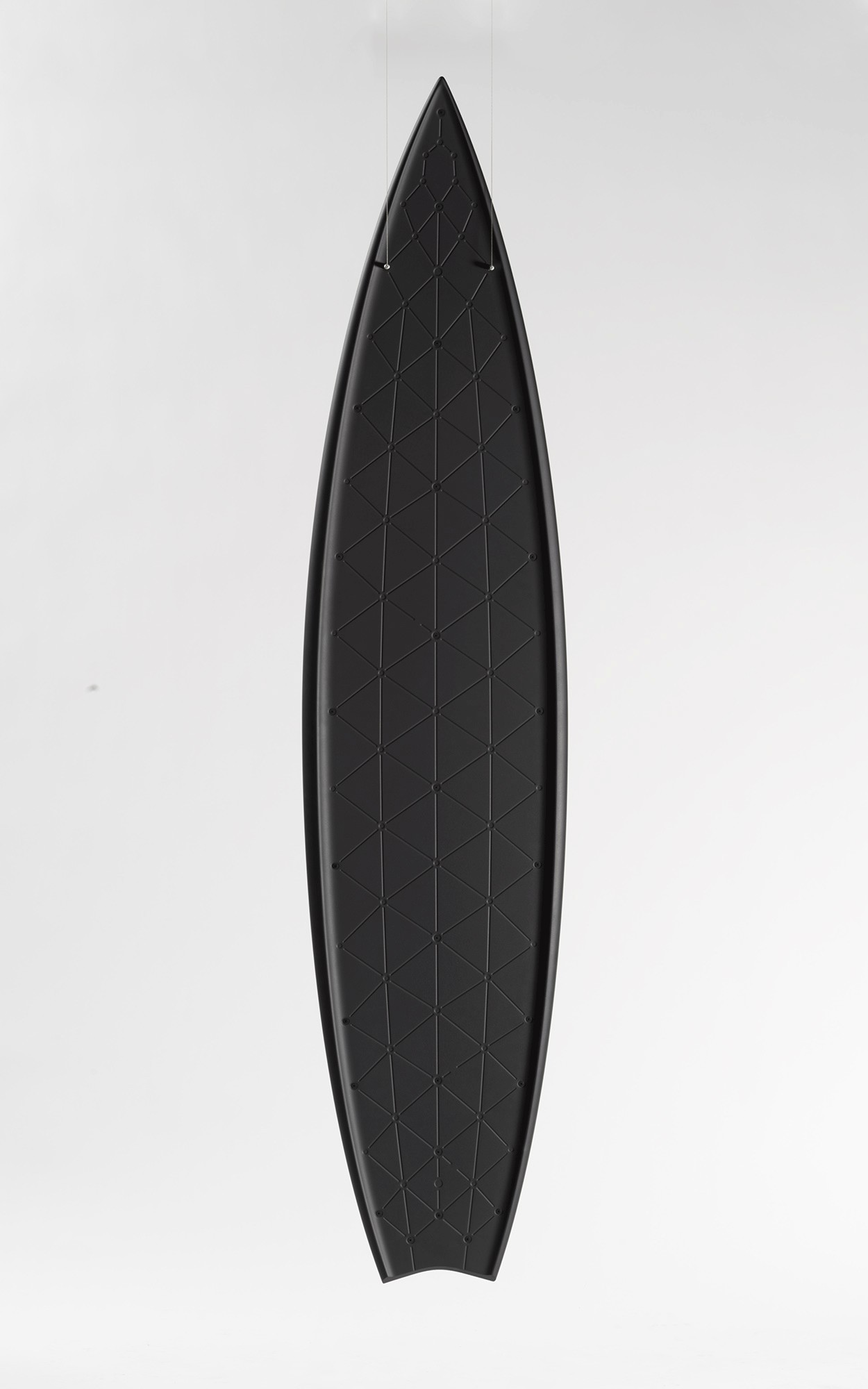 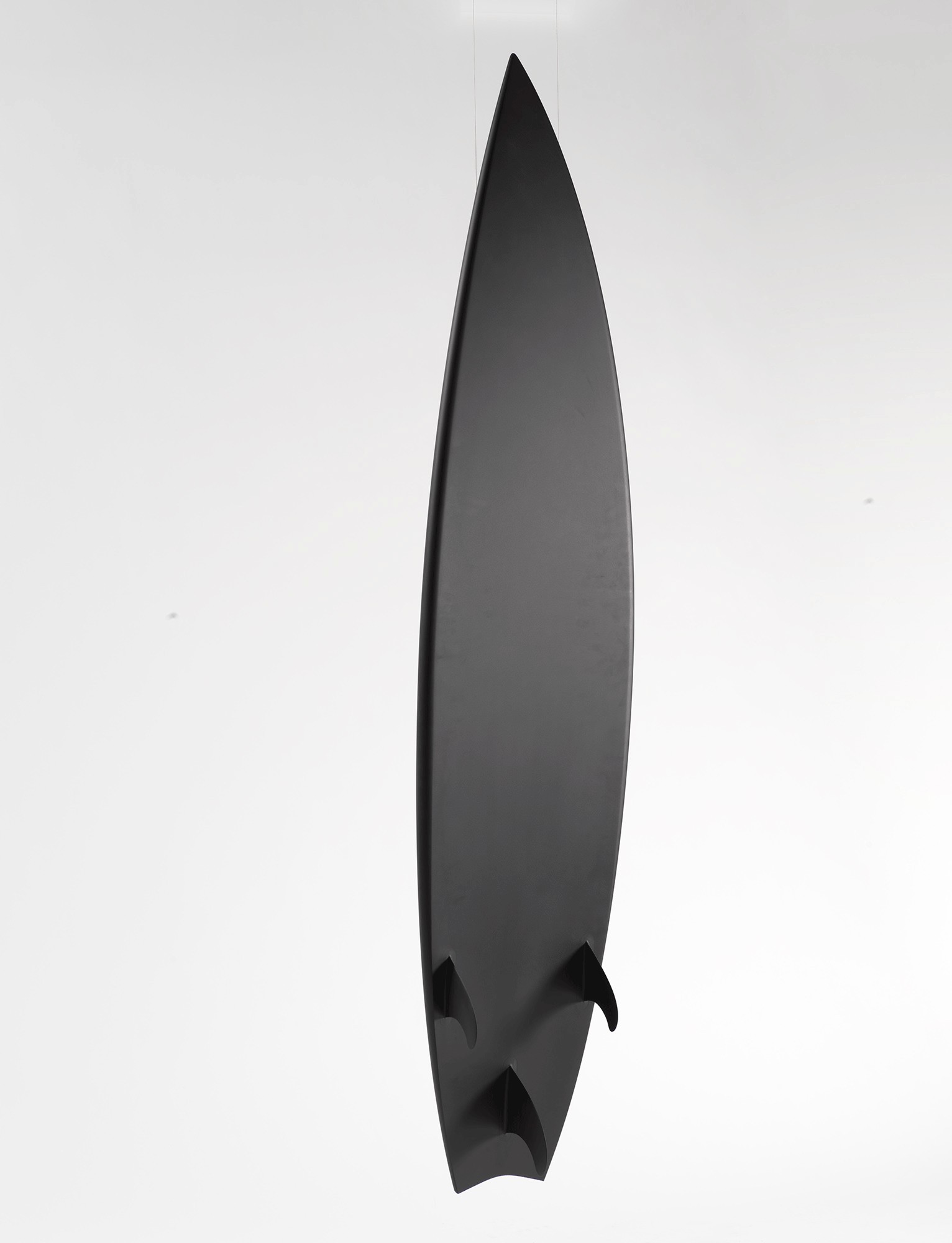 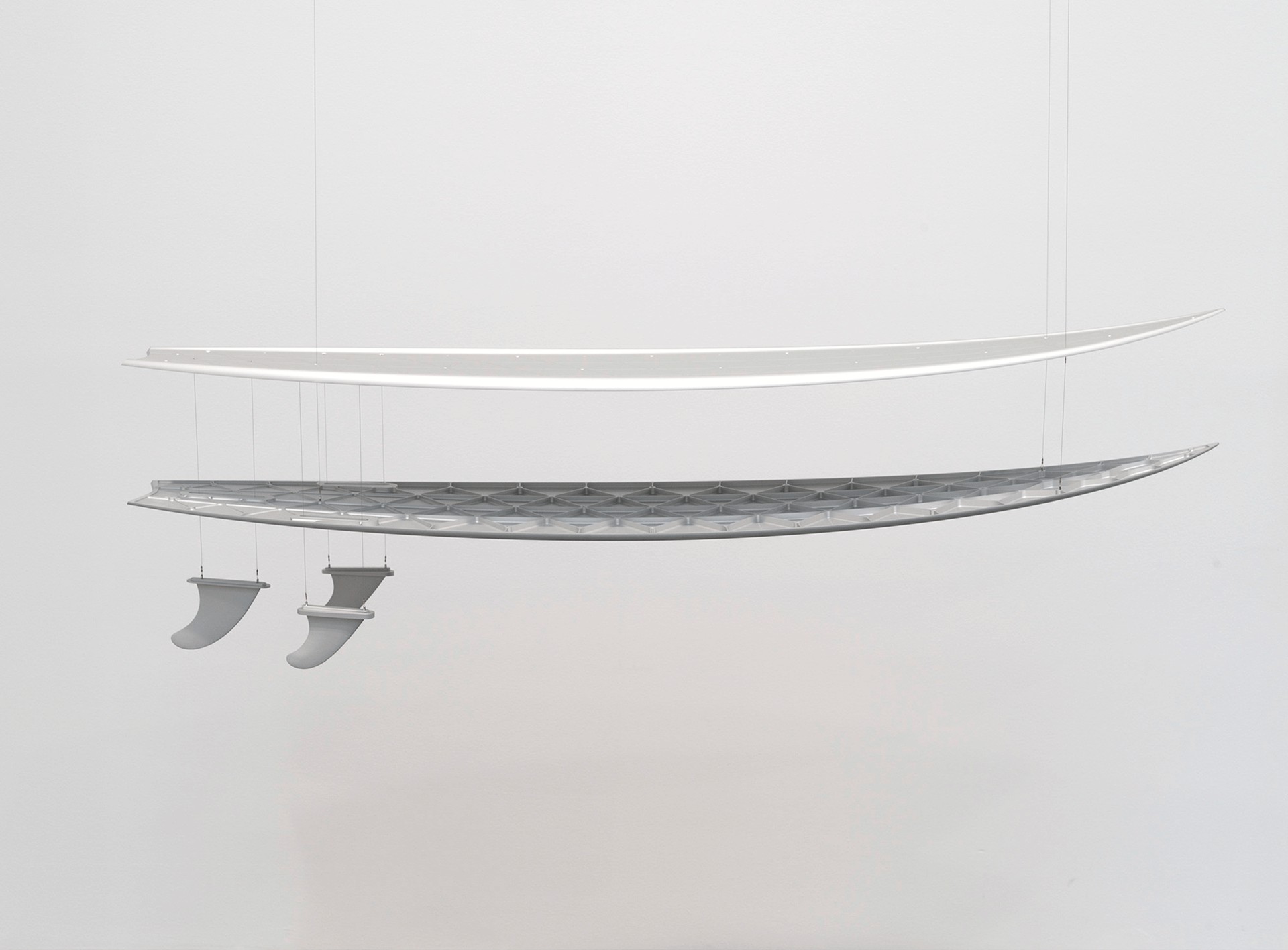 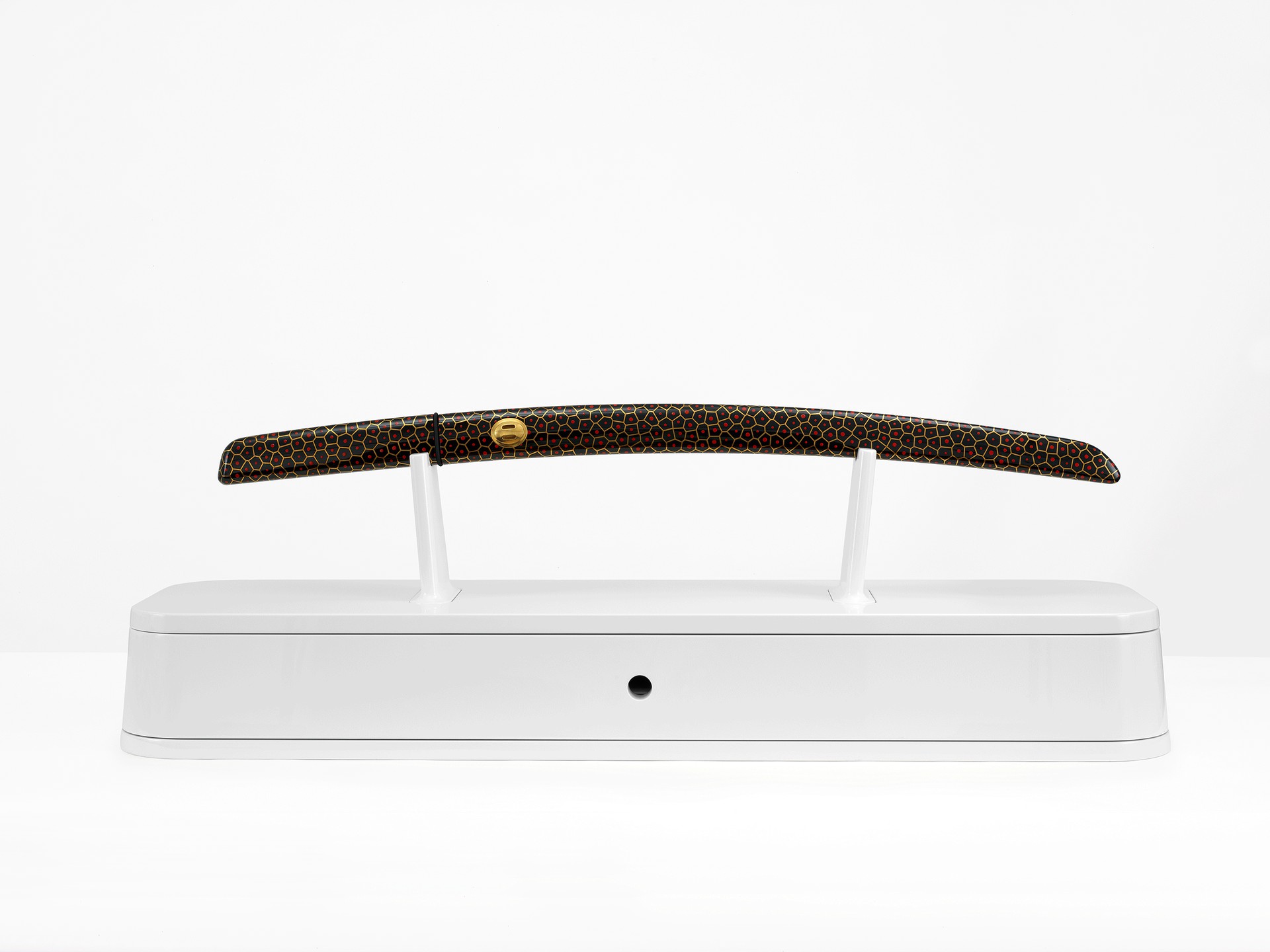 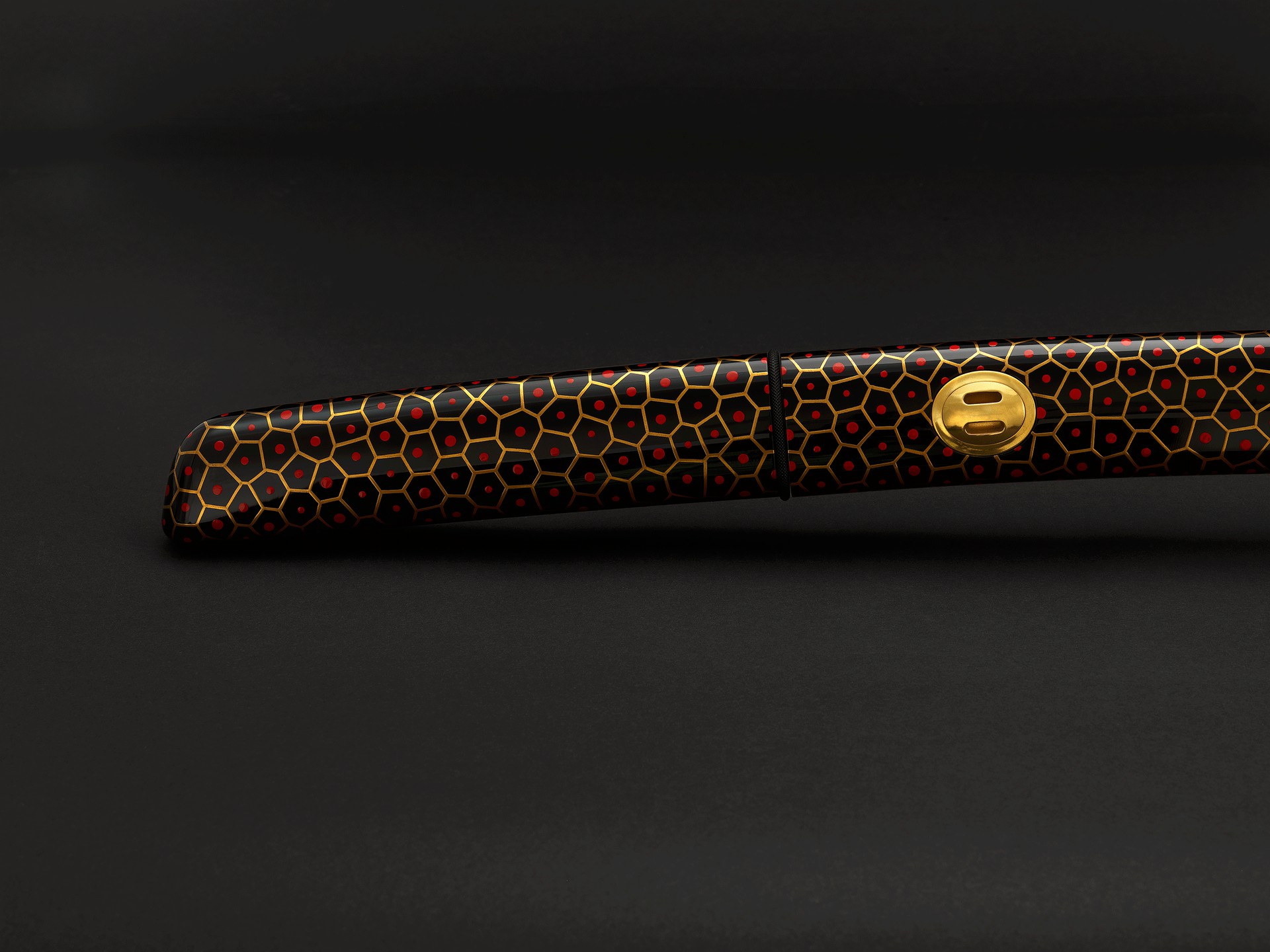 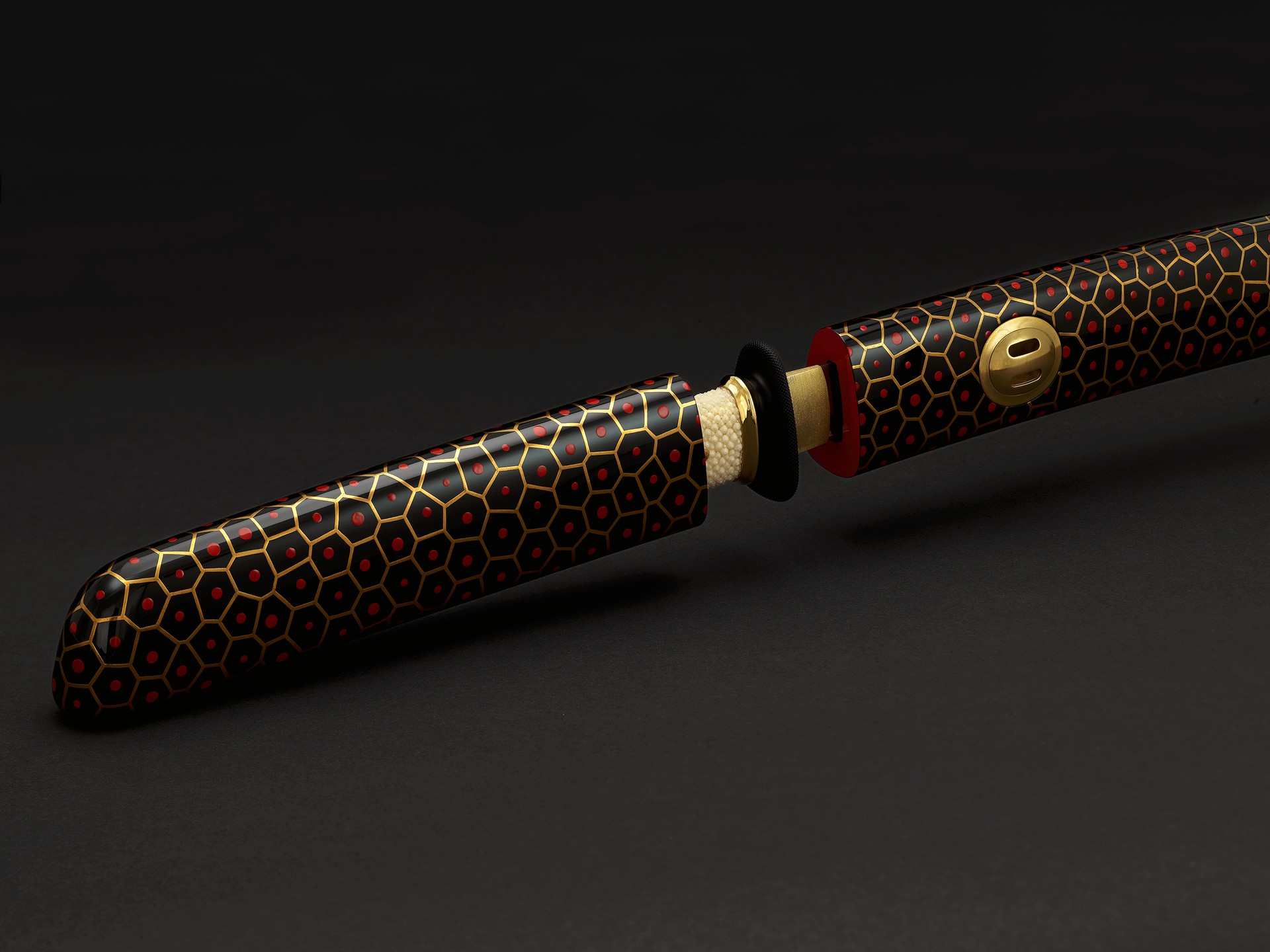 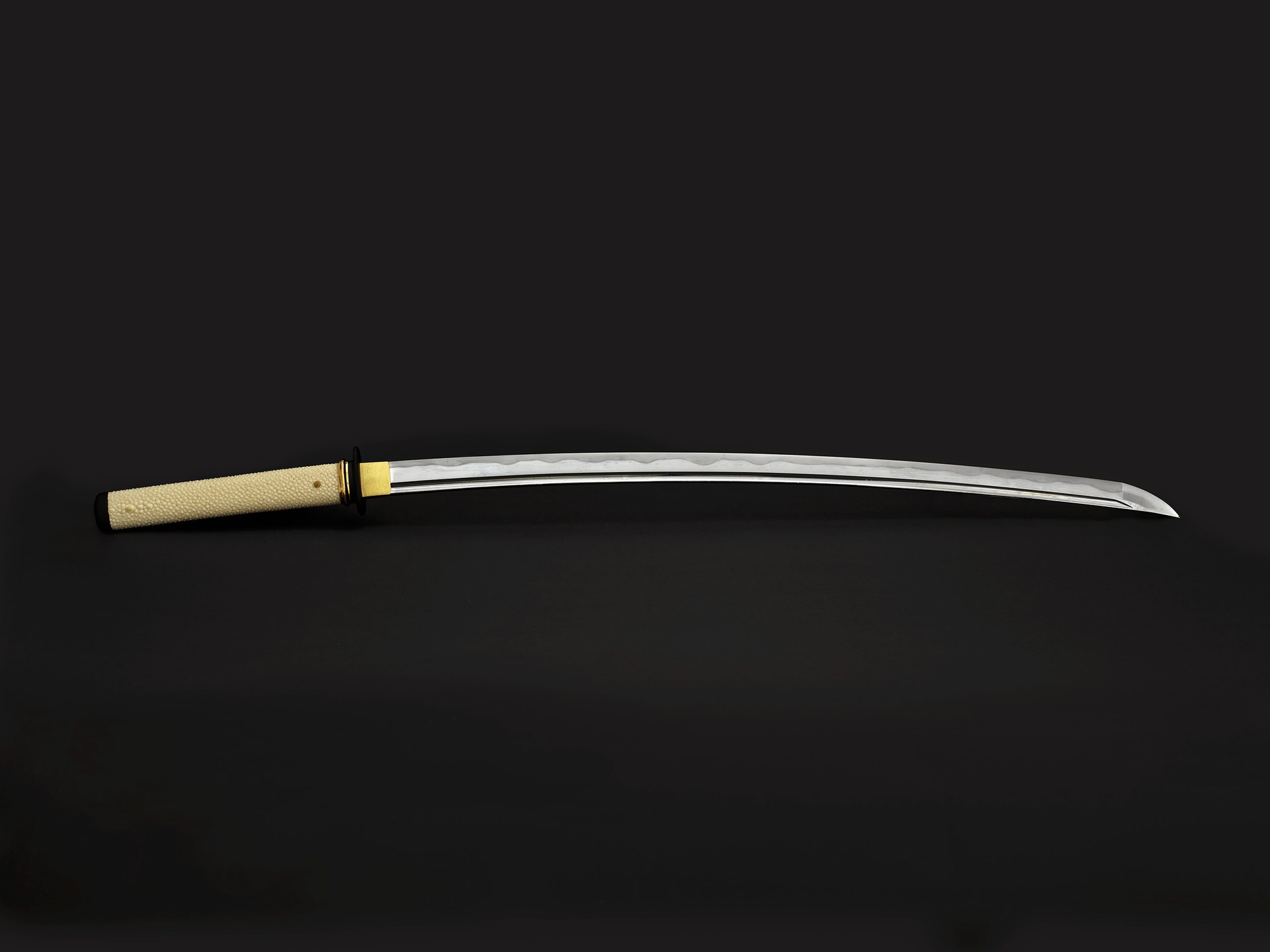 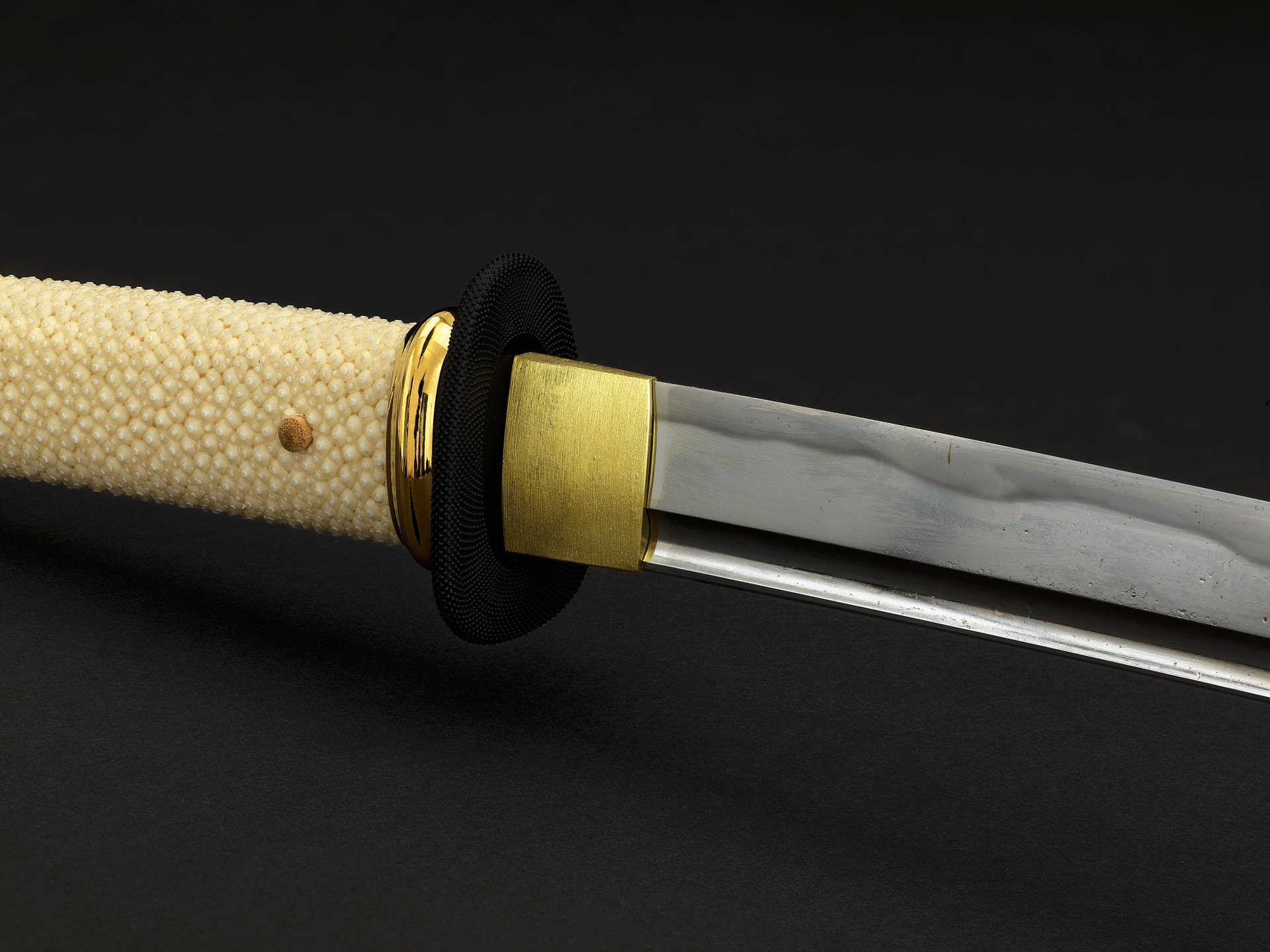 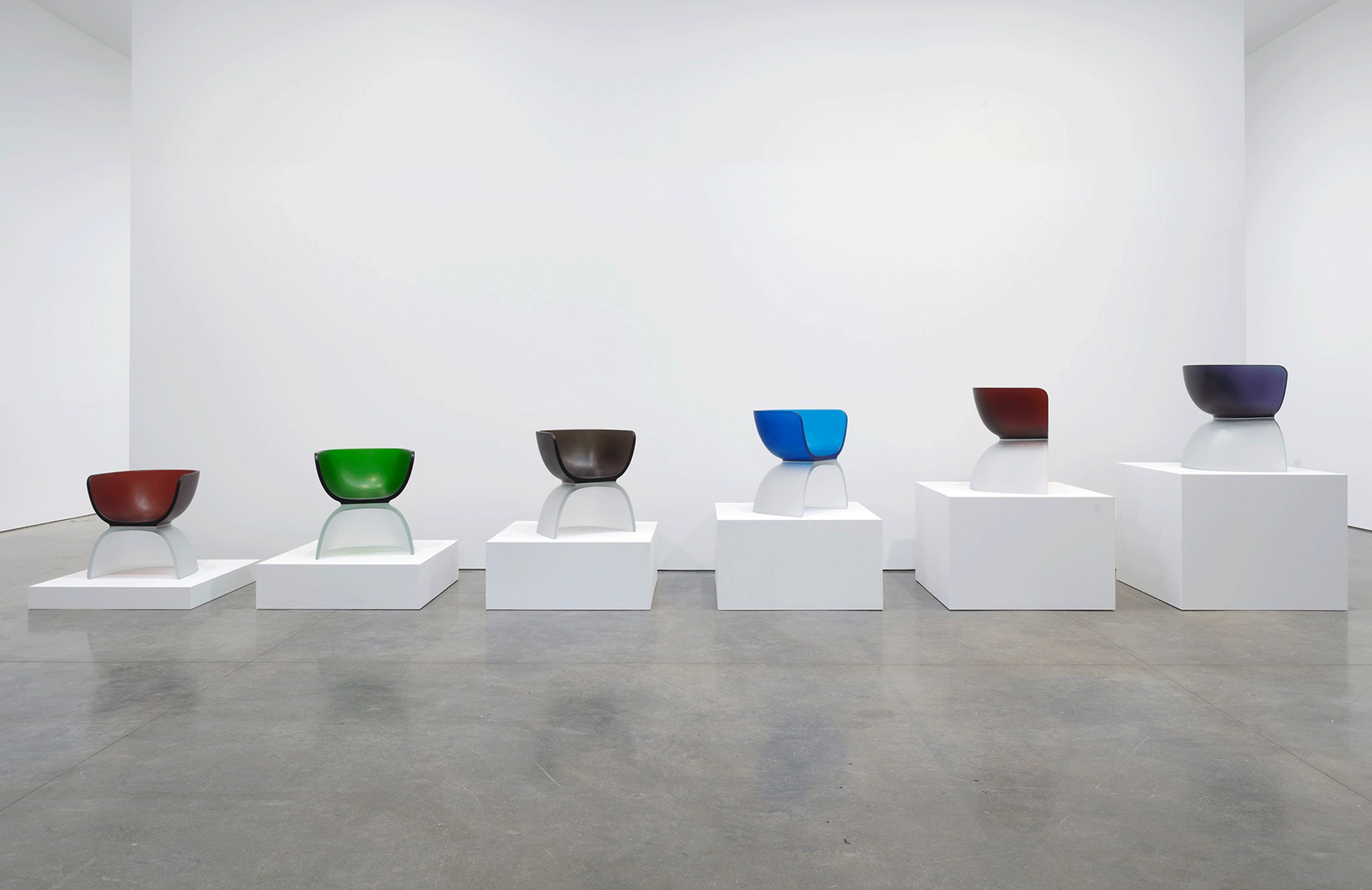 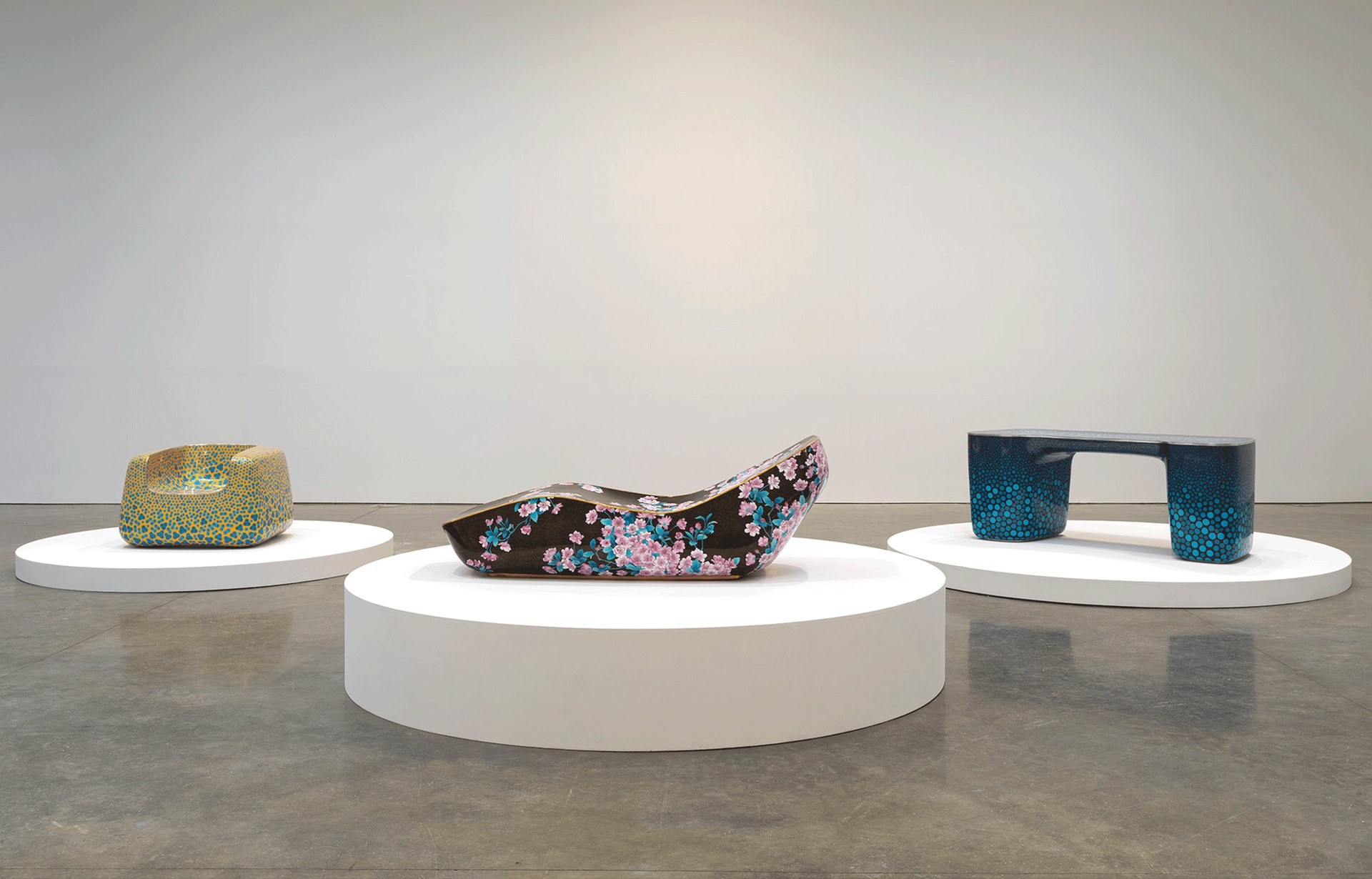 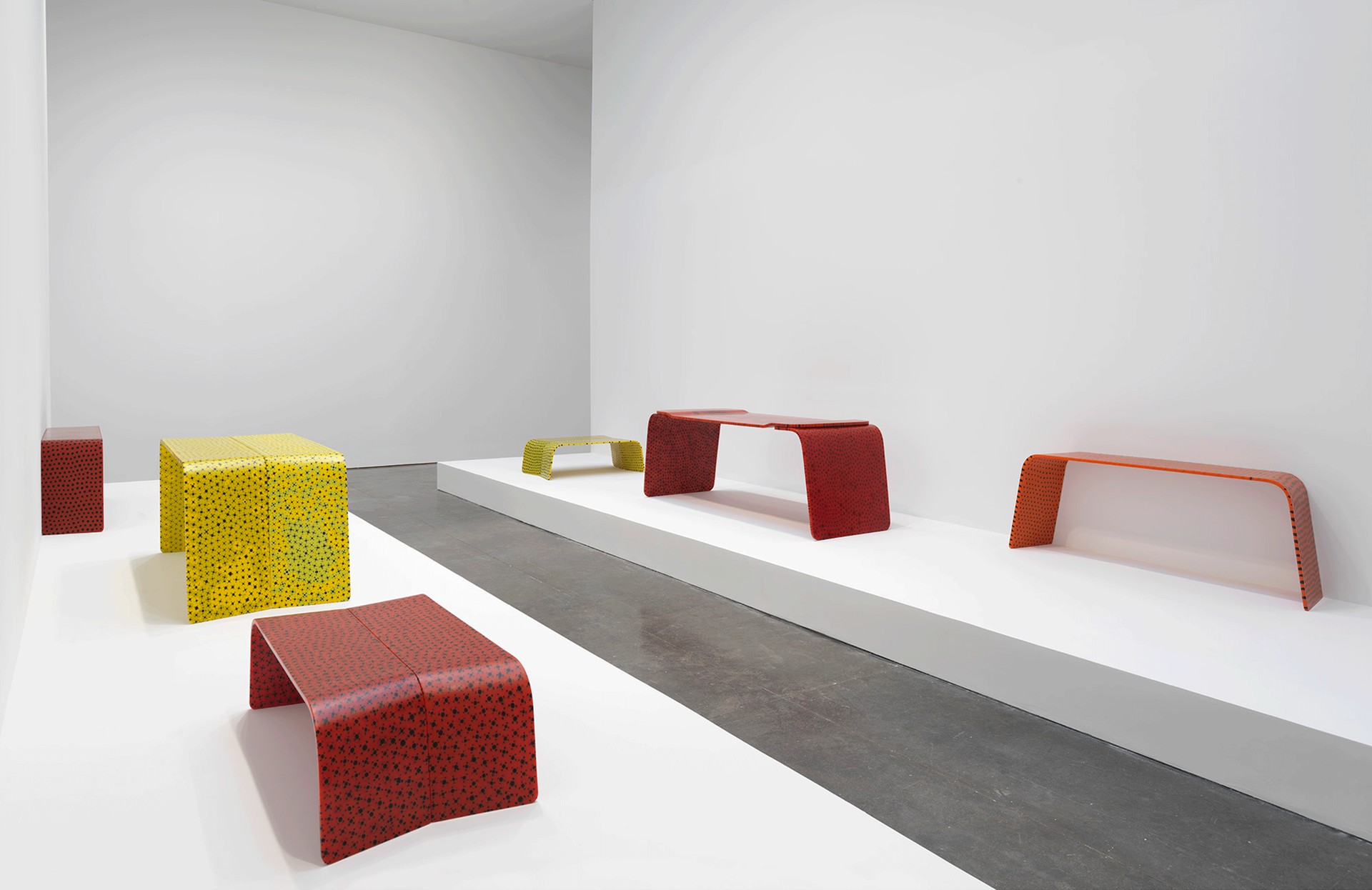 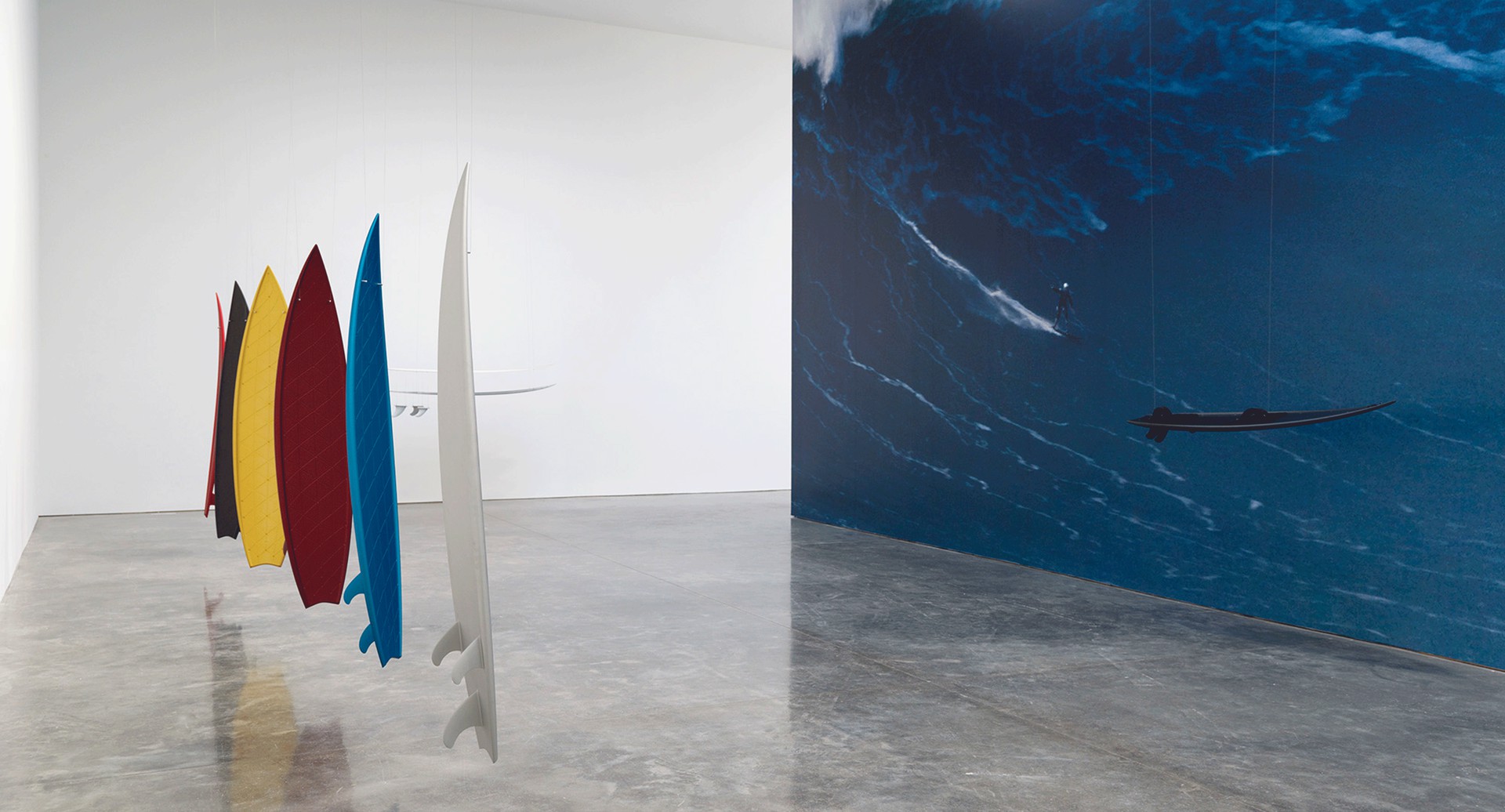 In January 2019, Gagosian presented new works by Marc Newson. It was Marc’s first exhibition of limited-edition furniture pieces in more than a decade.

Revisiting his roots as a jeweller and silversmith, in this exhibition Marc explored increasingly rare decorative techniques at an unconventionally large, even unprecedented, scale. His cast glass chairs, made in the Czech Republic, are continuous symmetrical forms comprised of two hollow quarter-spheres. The boldly coloured upper halves rest on clear bases, which absorb some of the reflected hues in their clouded interiors, an effect that subtly changes depending on the vantage point. For the Murrina works (2017), Marc utilises an intricate classical glass-making technique to create streamlined desks, tables, and consoles. Their sloping and bevelled planes are unified beneath pulsing fields of repeated cell-like spots on vivid coloured grounds, made by fusing glass rods together and then slicing them to reveal patterned cross-sections.

In another series of desks, chairs, and lounges, Marc employed Chinese cloisonné, an enamelling technique that dates back to the thirteenth or fourteenth century. Made by hand in Beijing, the cloisonné works blur the boundaries between sculpture, furniture, and ornament, like jewels expanded to the full scale of the body. Their patterns and motifs reveal Marc’s wide-ranging aesthetic influences: from his signature “orgone” pattern to more traditional Chinese floral motifs, such as large magnolias on a white ground, or cherry blossom branches set against opaque black enamel.

The exhibition included a new series of aluminium surfboards, following the nickel version that Newson created for the American tow-in surfer Garrett McNamara and presented at Gagosian New York in 2007, as well as an Aikuchi sword made by the swordsmith Saburo Nobufusa Hokke, a ‘Japanese Living National Treasure’ from the renowned Tōhoku region. By relocating these objects into the realm of fine art, Marc underscored their cultural significance, showing the value of technical precision to be both a functional and an aesthetic concern.

“A wonderful luxury for people like me is to be given the freedom to express myself in my work. Larry Gagosian gives me that by exhibiting my work in his galleries. You don’t get that when you’re working with big corporations, with the constraints of design briefs and marketing machines and focus groups…everything conspires against you. With Gagosian I truly have the opportunity to express myself without being held back in any way.”